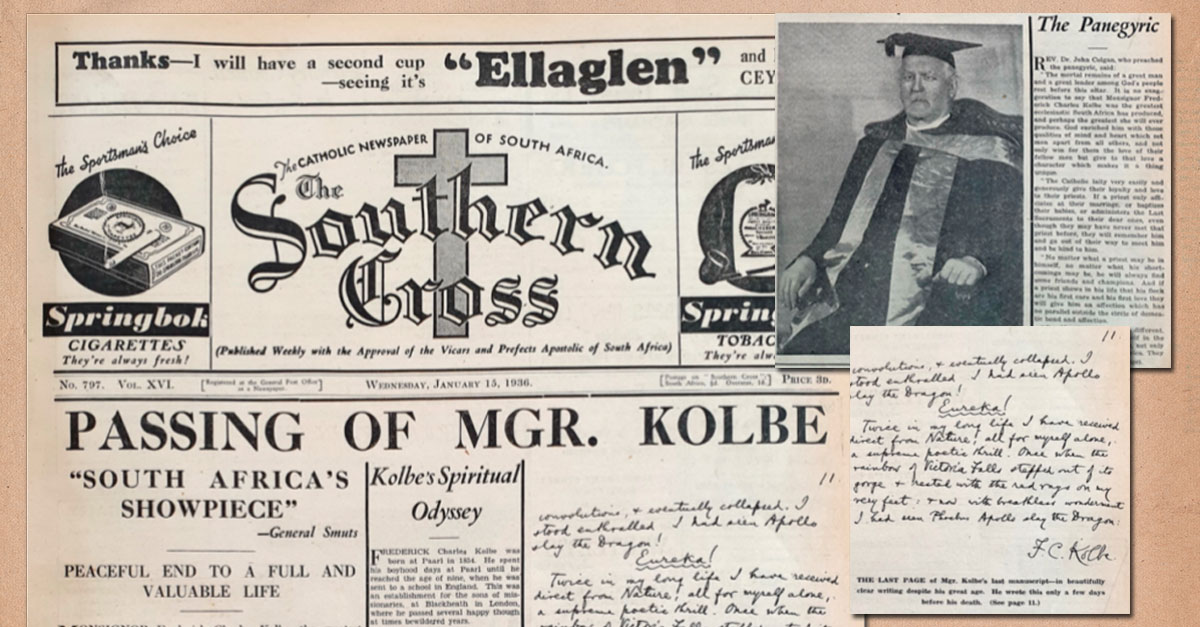 The great Churchman Mgr Frederick Kolbe has died in Cape Town, aged 82. Known to generations of Catholic children as “Uncle Joe”, Mgr Kolbe retained his faculties until the end, even following every phrase of the service before the viaticum with great interest. He had finished his last article for The Southern Cross, titled “How Phoebus Apollo slew the dragon”, only a few days before his death. The son of a Congregational minister, he had converted to Catholicism in 1877 and was ordained to the priesthood in 1882.

Visiting Irish De La Salle provincial Br Philip told a Catholic Men’s Society meeting in East London that as a rule Catholics are too passive and quiescent. However, Catholic energy might change the world if effectively put into action. It is therefore essential that every Catholic become actively involved in organisations such as the Society of St Vincent de Paul and Catholic Action.

A new pogrom against Catholics in all six counties of Northern Ireland is being planned, according to the Catholic Times. “From speeches at the annual meeting of the Protestant League and from other indications, it is evident that further attacks are being planned.” However, it is unlikely that the British government will intervene, the Catholic Times said.