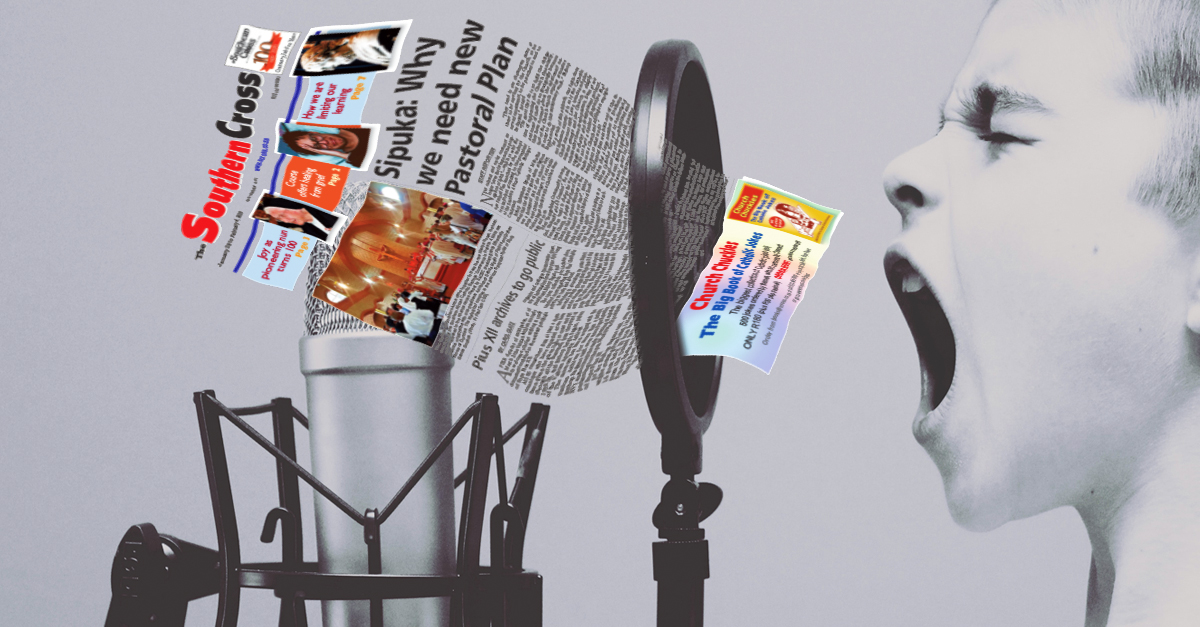 This month, staff members of The Southern Cross and our office were confronted with rumours that we would close down in March or October.

Nothing could be further from the truth. Far from closing down, The Southern Cross will celebrate its 100th anniversary in October, as anticipated by the centenary logo on the top right corner of the front-page every week throughout our jubilee year.

“A very worried fellow parishioner approached me after Mass, saying that she had heard that The Southern Cross would close down in October—she said she couldn’t live without her weekly Southern Cross,” said the newspaper’s business manager Pamela Davids.

Ms Davids reassured the reader that there is no chance that The Southern Cross will close in October.

A few days later, a concerned reader phoned our office with a rumour that seeks to kill us off even sooner: in March.

The reader was relieved to know that the rumour was false.

“It is of concern that there are rumours about us closing down, and we have no idea why people would think this,” said Rosanne Shields, chair of the board of The Southern Cross.

“Readers can rest assured that The Southern Cross is here to stay and can feel confident in the paper’s management and staff. I ask that people please not circulate this false information but rather talk about why fellow Catholics should buy the paper.”

Ms Shields acknowledged that The Southern Cross is facing challenges and needs greater support, “but none of these challenges mean that we are folding”.

The Southern Cross always needs the support of Catholics, she said.

“People can support us by becoming Associates of The Southern Cross, and by promoting the newspaper in the parishes, for example,” Ms Shields said.

“We also call on parish priests to promote the paper more from the pulpit. We are in this together,” she added.

“That support is essential in making sure that these rumours which are currently being spread will never come true,” she added.