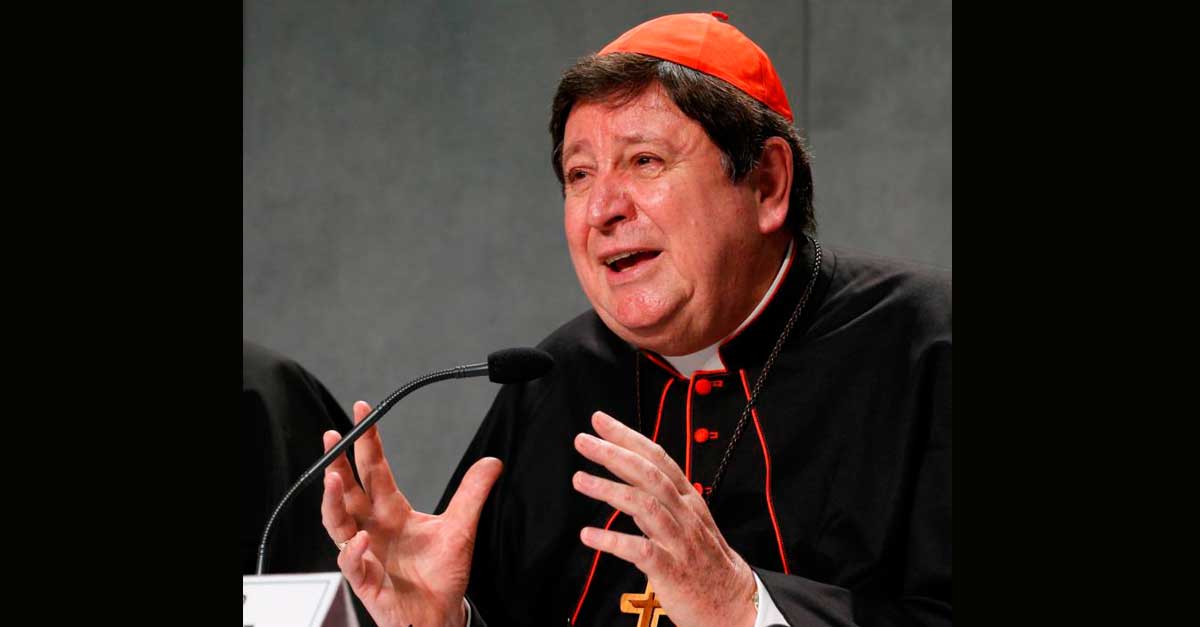 Cardinal Joao Braz de Aviz, prefect of the Congregation for Institutes of Consecrated Life and Societies of Apostolic Life said that sexual abuse and the abuse of authority have occurred and are occurring within religious orders of women and must be addressed with transparency and boldness. (CNS photo/Paul Haring)

By Cindy Wooden  – Sexual abuse and the abuse of authority have occurred and are occurring within religious orders of women and must be addressed with transparency and boldness, said Cardinal Joao Braz de Aviz, prefect of the Congregation for Institutes of Consecrated Life and Societies of Apostolic Life.

In addition to cases of priests abusing women religious, “there are starting to appear cases of sexual abuse among sisters,” for example, a sister in charge of formation abusing novices, he told “Chiesa Donna Mondo,” the Vatican newspaper’s monthly women’s magazine.

“In one congregation, there have been reports of nine cases,” he said in an interview for the magazine’s February edition. “This phenomenon that touches the world of women has remained more hidden, but it’s coming out; it must come out.”

Cardinal Braz de Aviz said that in investigating cases it appears that the level of “affective and sexual” maturity of some of the women “is weak, is relative. If accusations are made, we accept them and begin to discern. Many things are true, many not, but we cannot hide any problem. The pope asks us for total transparency.”

The Brazilian cardinal also told the magazine that there is a Vatican-supported home in Rome for foreign women who have been dismissed from religious congregations and have nowhere else to turn.

The issue came up in the context of questions to the cardinal about the abuse of power within some orders of women religious.

While being told to leave an order always is difficult, he said, sometimes the women “are completely abandoned. But things are changing. The most significant thing is the pope’s decision to open a home in Rome to take in from the streets some sisters sent away by us or by their superiors.”

The cardinal said he has visited the home, staffed by the Scalabrinian sisters. “I found there a world of wounds, but also hope. There are many difficult cases in which the superiors kept the documents (passports) of the sisters who wanted to leave the convent or who were sent away,” making it difficult or impossible for them to return home or access social services.

“There even was a case of prostitution by one trying to support herself. A former nun!” he said.

The cardinal praised the Scalabrinian sisters who “have assumed care of this little group. Some of the cases are truly difficult because we are dealing with wounded people with whom one must rebuild trust.”

“We must change the attitude of rejection, the temptation to ignore these people, to say, ‘You’re no longer our problem,'” Cardinal Braz de Aviz said. “And often these former sisters are not accompanied in any way, no one says a word to help them — all of this absolutely must change.”

The abuse of authority in women’s orders can be a problem, he said, as can the abuse of financial resources. The congregation has been working with religious orders to promote a healthy sense of obedience and exercise of authority as well as to educate the religious about the proper use of money and other resources.

In some women’s orders, the leaders have “extraordinary power,” he said. “We’ve had cases — fortunately only a few — where superiors general, once elected, refused to give up their place. They bypassed all the rules. One even changed the (order’s) constitution to remain superior general until her death.”

It is not uncommon in women’s orders, he said, to find members “who obey blindly, without saying what they think.”

True religious obedience never leads to fear of one’s superior, he said. And in a religious community, all members must share what they believe the Lord is calling the community to so that the superior has more information on which to base decision. “And then you obey.”

“When authority is interpreted as power and not service, painful situations can result,” he said. “I think even the people who have leadership roles should learn to share the life and all the needs of the community: cooking, cleaning, etc., while still being respected in their role of service in authority.”