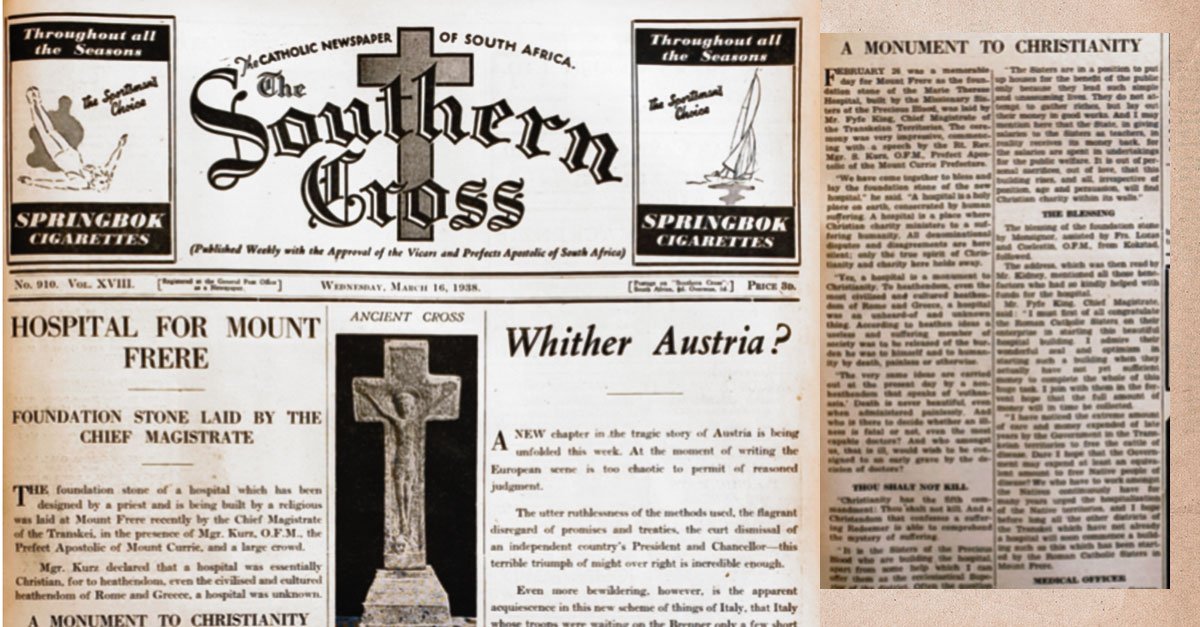 Following Nazi Germany’s Anschluss, or annexation of Austria, press reports speak of “a grave concern in the Vatican regarding Hitler’s latest coup, since Austria is essentially and traditionally a Catholic country”. The Vatican is particularly anxious about the plight of Austrian Catholics in the light of the Nazis’ treatment of Germany’s Catholic population. “Catholics can only hope and pray that the Christian culture of centuries is not to be destroyed by this juggernaut onslaught of the New Paganism,” The Southern Cross comments.

Proof of missionaries in China

Excavations in China’s Shantung province unearthed a remarkable stone crucifix (pictured on the front-page), confirming that a flourishing Jesuit mission existed in the region two or three centuries ago.

After the demolition of Madeira House, the newly-cleared area opposite Government House in Cape Town’s parliamentary precinct and adjoining St Mary’s cathedral is likely to stay open. Thus the new square provides a new view of the side of the cathedral which has so far been hidden. However, the new view of the cathedral has convinced the administrator that the building is in dire need of a new coat of paint. (The area is a parking lot now.)