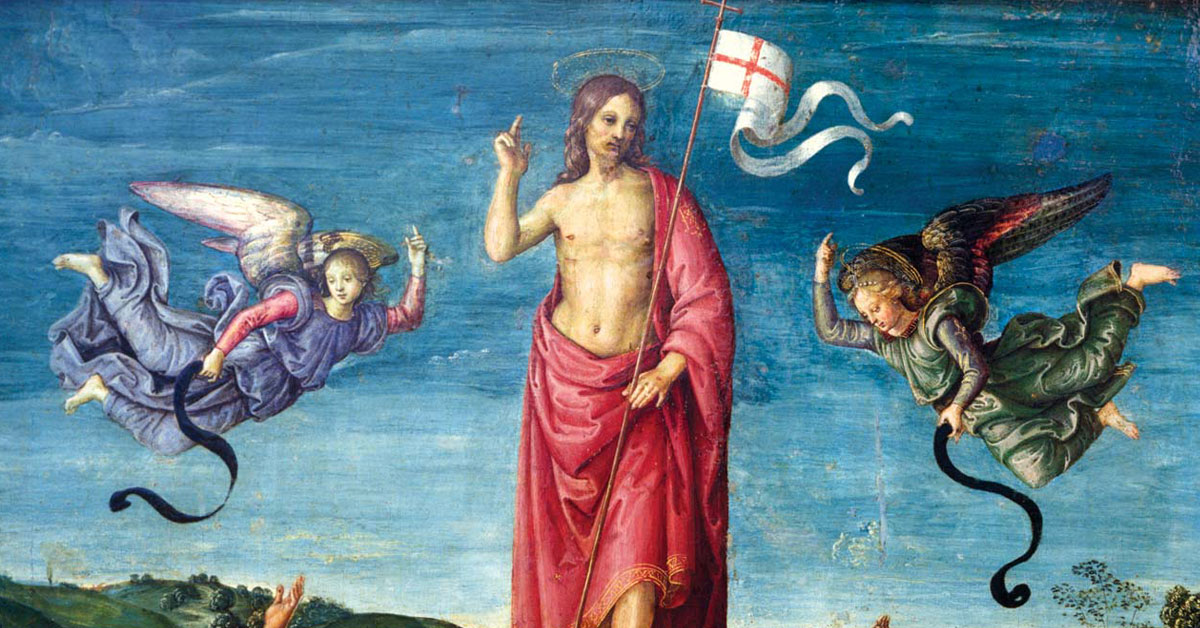 There is a bit of the Pharisee within each one of us; “don’t disturb me with your alternate reality, I know what I know and that is enough”. Even as their eyes witnessed miracles, the dead being raised, the blind being given their sight, and the deaf being given their hearing; the Pharisees had the Scriptures and that was sufficient. The Pharisees did not recognise an encounter with God, they were unable to see. They tried to use Scripture to entrap Jesus… “Tell us teacher what the law says… Yes, this is what the law says, but I tell you…” Jesus always lifting their sight to a new horizon, but they would not see, they could not see.

Taste the sadness and the disappointment as Jesus responds … “Neither will I tell you!” In the last week, I have faced the same form of entrapment and that same feeling of sadness and disappointment, “God is a man, God is male and to say anything different is at best ignorance or at worse idolatry. Tell me teacher, is the word of God in Scripture sufficient, yes or no? I will pray for your enlightenment.” We have all heard the same type of ambiguity in the courtroom parlance, “have you stopped beating your wife, yes or no!” This fallacy of equivocation is as ancient as Scripture itself and always stems from pride, prejudice and a lack of compassion, a lack of love.

So often, we also like the Pharisees, and even those devoted to Jesus, are unable to see. Have you ever noticed that Jesus’ followers had difficulty recognizing Him when He appeared to them after His resurrection?  He appeared to Mary and she thought He was a gardener. He appeared, walked and talked with the two disciples on the road to Emmaus, and they did not realise it was Him. He yelled to the disciples in the boat fishing and they did not recognise Him.

Why did they not recognise Him? Did their grief blind them? Human pain and suffering can do that. It can give the illusion that we’re all alone and we do not recognise those around us, even our closest friends. Could it have been their lack of expectation? Jesus had died. They knew death was final, so they did not expect to see Jesus again. Even if this man looked like Jesus, it could not be Him. He was dead. Sometimes we also have our own agendas, putting God in our corner and in our box.

Could it be that they were kept from recognising Him? Could it be that they were being taught a new horizon, a new way of seeing Jesus? Perhaps this new way of seeing Jesus must begin in the darkness of the tomb, the darkness of the Cloud of unknowing, that humble acknowledgment that this cannot be my doing, cannot come about through my righteousness or any form of worthiness.

Though they each did not recognize Jesus right away, they did have their eyes open. In each case something happened that opened their eyes to the startling realization – it’s Jesus! Mary recognised Jesus when He spoke her name. The two disciples had their eyes opened when Jesus took the bread, gave thanks, broke it and gave it to them. The fact that it was Jesus on the shore dawned on the disciples in the boat when they had the miraculous catch of fish after following His instructions.

The gospel writers’ care in detailing these events makes us take notice. It would seem that these events taught these disciples that human sight could not see the resurrected Jesus. Spiritual senses are needed to see Him now. It is also noteworthy that each eye-opening incident refers back to teaching that Jesus had done earlier. Now He was showing them and us just what he meant.

What these disciples learned is essential for us to learn. The way in which they were taught to see Jesus is the way we, who have never seen Jesus physically, are to see and recognize Him. In Christ, we have the grace and senses needed to see. Just because we don’t recognize or hear Him doesn’t mean that He is not with us.

We need to learn where and how we can see and hear Him. These incidents reveal important lessons for us to learn.

Mary’s eyes swollen from crying and in shock from having found Jesus’ tomb empty, Mary turns and sees a man standing off to the side. She thinks He is a gardener. Then He calls to her by name and the scales that blinded her from recognizing Jesus fell away.

She knew then it was Jesus! She did not recognise Him when she looked at him or in the short conversation prior to his speaking her name. It was his voice calling her name that brought the recognition. Jesus earlier taught his disciples that Jesus knows his sheep and his sheep know Him; he calls his sheep by name and they know his voice.

Mary needed to learn that although Jesus would soon not be with her physically, he would be with her. She would be able to recognise him when he called her name. She would know him by his voice.

It is vital that we learn the lesson Mary learned. We are to recognise Jesus in his voice. There are many voices screaming for our attention today. They can easily distract us. The loudest ones tend to get our attention. They must not distract us. Rather, we must draw upon God’s grace and provisions to tune our ears to his voice.

It is not about tone, inflection or manner of speaking; it is about God’s Spirit witnessing and resonating with our spirit that enables us to recognise God’s voice. There are prejudice and conditioning to overcome. But it is imperative that we know that God has given us the ability to hear and to see new horizons where the kingdom of God, the kingdom of love is possible.

At the very beginning of our story in our journey as God’s people, there is a garden planted by God and in which God walks and talks with us in the cool of the evening, calling us by name. Then there is a break in our relationship as we chose to take for ourselves that which can only be received as a gift. Our eyes opened to know our nakedness and shame and so we become blind to what God has created, blind to what is good; for God saw all that he had made, and it was very good.

It is at the table of the Lord that we come together as brothers and sisters, as God’s family, to share our hunger, to share our need and to recognize Jesus at the breaking of bread; this is the Emmaus journey for each one of us also.

Most Holy Body and Blood of Christ Reflection