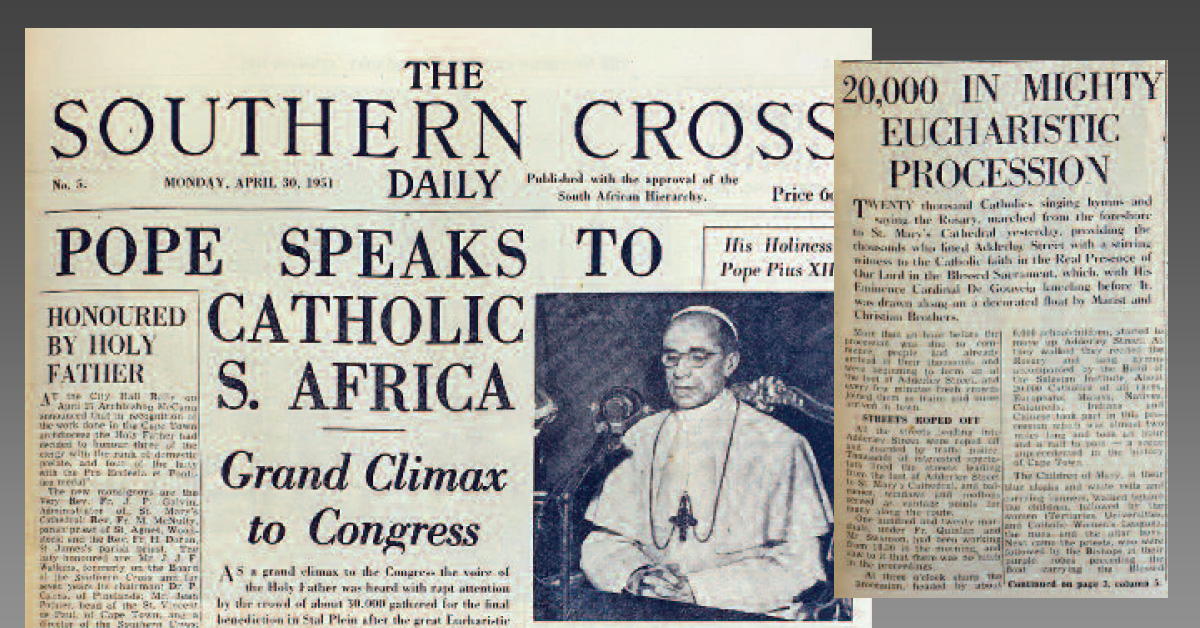 A Eucharistic procession of 20 000 people, led by Cardinal Teodosio de Gouveia of Lourenço Marques (now Maputo), though the streets of Cape Town culminated with an address by Pope Pius XII which was broadcast from Vatican Radio at Stal Plein in front of St Mary’s cathedral. “Today the Church of the Union of South Africa has come of age,” the pope said. “Schools have been flourishing; you have your Catholic press and seminary; there are hospitals and orphanages for the suffering and needy members of the Body of Christ.” Pope Pius also called for a “marked increase” in the number of black clergy, saying that the call to vocations begins in faith-filled homes.

In his editorial, Fr Louis Stubbs notes that “as the Church comes of age and enters a new era” following “a memorable week”, there has been an “intensification of the spiritual life among the people”, in part thanks to the many parish missions that were held in the preceding weeks.