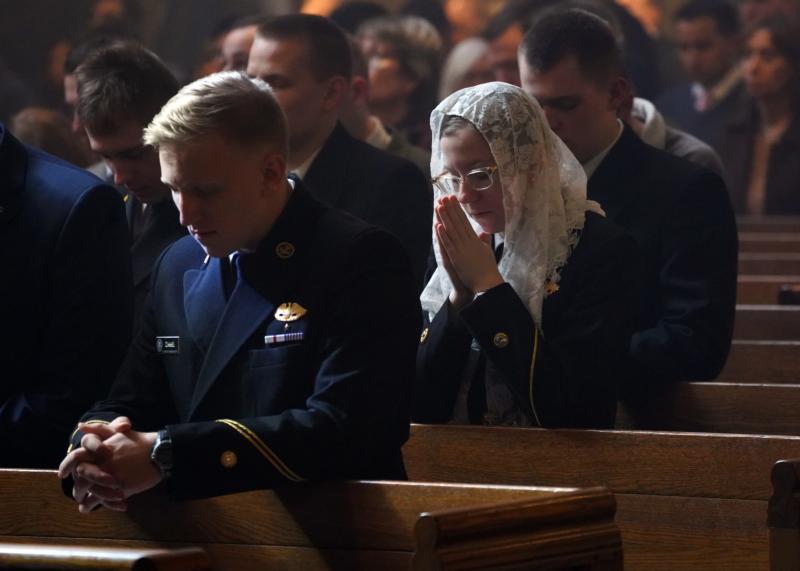 Worshippers pray during a pontifical high Mass Feb. 15, 2020, at St. Vincent Ferrer Church in New York City. The Congregation for the Doctrine of the Faith announced the optional use of seven eucharistic prefaces as well as the celebration of the feast days of recently canonized saints in the “extraordinary” form of the Mass. (CNS photo/Gregory A. Shemitz)

By Junno Arocho Esteves – The Vatican doctrinal office announced the optional use of seven eucharistic prefaces as well as the celebration of the feast days of recently canonised saints in the “extraordinary” or Latin form of the Mass.

The Congregation for the Doctrine of the Faith published two decrees that complete “the mandate given by Pope Benedict XVI” to the former Pontifical Commission Ecclesia Dei, the Vatican said.

Pope John Paul II had established the commission in 1988 to facilitate the “full ecclesial communion of priests, seminarians, religious communities or individuals” attached to the pre-Vatican II Mass.

However, Pope Francis closed the commission in 2019 and transferred their tasks to a new section of the doctrinal congregation.
In 2007, Pope Benedict XVI allowed for the celebration of the “extraordinary” form of the Mass, that is, Mass according to the Roman Missal published in 1962 before the reforms of the Second Vatican Council.

“This choice was made in order to safeguard, through the unity of texts, the unanimity of sentiments and of prayer that are appropriate for the confession of the mysteries of salvation celebrated in what constitutes the backbone of the liturgical year,” the Vatican said.

“In choosing whether or not to make use of the provisions of the decree in liturgical celebrations in honour of the saints, the celebrant is expected to make use of good pastoral common sense,” the Vatican said.—CNS