The Bishop Who Serves A Whole Country 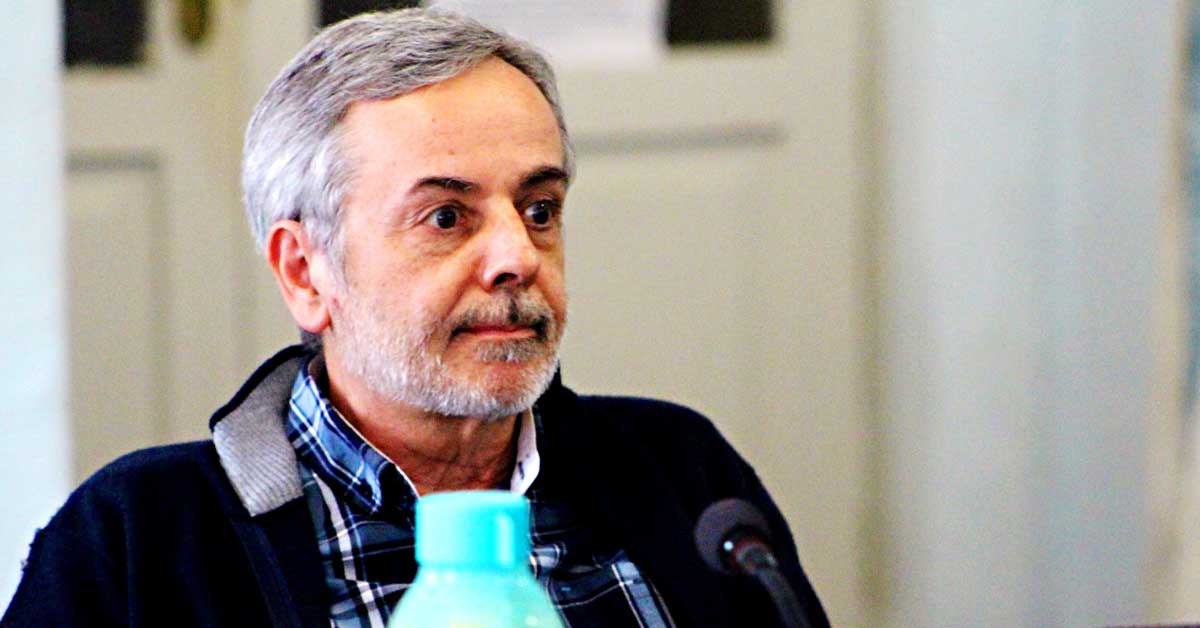 An Agentinian who knows Pope Francis from Buenos Aires serves as the only bishop of Eswatini. Bishop José Luís Ponce de León is interviewed by MANDLA ZIBI.

Bishop José Luís Ponce de León heads the diocese of Manzini, which serves all of  the Kingdom of Eswatini (the former Swaziland). Born on May 8, 1961 in Buenos Aires, Argentina, and ordained to the priesthood in 1985, he is a member of the Consolata Missionaries.

You have been bishop of Manzini for six years. What have been the highlights in that time?

The very first one has been the faith of the people who welcomed “a kind of a stranger” as their bishop.

Though I had been part-time administrator of the diocese while being bishop of Ingwavuma [following the sudden death of Bishop Louis Ndlovu in 2012), I had never worked in this diocese before. I had never served in Eswatini before.

Another highlight is the commitment of our Catholics. I cannot recall a single event we had planned together that did not materialise. All our diocesan events are generously supported.

Could you give a snapshot of your diocese, including the character of its people and culture?

This is one of the few cases where we have one diocese–one country, as Manzini is the only diocese in the Kingdom of Eswatini.

We are a small Catholic presence but well-known and respected as, together with our 17 parishes and over 100 outstations, we serve through 47 primary Catholic schools and 13 high schools, a hospital and a nursing college, clinics, a hospice which is one of its kind in this country…

For many years Caritas Swaziland has been entrusted with running the refugee centre with people mainly from the Great Lakes.

Last year we launched the Desk Against Human Trafficking, which raises awareness about this new slavery.

You were born in Buenos Aires, Argentina, and came to work in South Africa in 1994 at a time of great jubilation in this country. What had brought you to these shores?

After finishing my high school I joined the Consolata Missionaries, hoping to be sent one day to proclaim the Gospel in Africa or Asia.

At the end of my theological studies in Colombia I was initially appointed to serve in Argentina.

“Afraid” that time was passing by and I was not appointed anywhere else, I asked the superior-general not to delay anymore an appointment to another country. I was offered to come to South Africa. I arrived in January 1994.

What were your first impressions of South Africa?

It was really a blessing as initially I experienced at the time uncertainty about the future of the country, and later on, in April 1995, the election of Nelson Mandela as president.

You then spent 11 years in Dundee, KwaZulu-Natal, learnt isiZulu and became a South African citizen. Are you very fluent in the language? I’m having difficulty imagining a South American addressing me in isiZulu.

Consolata Missionaries who arrive in South Africa or Eswatini are given some time to learn one of the local languages. I was asked to learn Zulu as, at that time, all Consolata missionaries were serving in Zulu-speaking parishes.

I was always grateful to the people who welcomed me and made every effort to understand me! It remains a challenge, and much more now as I preside over our celebrations in Siswati and preach in Zulu.

Is it true that you know Pope Francis well personally?

The first time I met then-Cardinal Jorge Bergoglio privately was during my holidays in Buenos Aires in 2011. I had asked to see him because in my mind… he was retiring! I wanted to thank him for his time as archbishop of Buenos Aires, my hometown. We met at his office and we spoke for half an hour as if we had known each other forever. He has a very good memory and every time we meet he addresses me in Spanish with very local expressions from our common hometown.

We in the media know you as very supportive of the media in the Church, and as somebody who uses social media to good effect. What are your thoughts on the relationship between Church and media?

Media has always been a hobby for me. When I was a teenager, I used to prepare a one- or two-page newsletter for the small community where we were celebrating Sunday Mass.

I’m not sure I am right, but I always feel that though the Church always took advantage of every possible media to proclaim the Gospel—radio, television newspapers—there was a lot of fear with the arrival of the Internet and social media.

It has taken us time to get into it and we still struggle to find our way, even though the “traditional media” is not cheap and our social media is basically free, but still…

I did my own personal journey. It took me a long time to decide to get into Facebook. Initially I registered as “Vicariate of Ingwavuma”, when I was the bishop there, but then I was made aware that people look for a more personal approach. Then I started my own account. Now I am present in most of our social media and also started my own blog, aware that we hardly share our stories.

The diocese of Manzini is blessed with a media team of priests and lay people that keeps on looking for ways to share our faith and service to the people of Eswatini on every possible media space.

You have also launched a weekly Scripture reflection video on Instagram. What brought that on?

We always try new things in our diocese as we want to reach as many people as possible.

There are those who read and they receive an introduction to the Sunday readings prepared by one of our priests via WhatsApp. We started that two years ago.

But we are aware some people do not really read but would enjoy a “one-minute reflection” in preparation for Sunday.

It is not easy to give a message in just one minute—which is what Instagram allows us—but the number of views on Instagram and YouTube together with the number of shares on Facebook tells us that the idea has been well received. It was initially planned for the Advent season, but I have not stopped it…yet. I imagine that Manzini being wholly outside the borders of South Africa must present special challenges at least from the political perspective.

Do you think Eswatini is being well-served by being in the Southern African Catholic Bishops Conference (SACBC), or would it be better if small Southern African countries like Lesotho, Botswana, Eswatini and Namibia could form their own conference?

For many years the president of St Anne’s Sodality in South Africa-Eswatini was a Swazi from this diocese, and she now represents them at an international body based in Rome.

Our seminarians study at St Francis Xavier and St John Vianney, and therefore our priests feel very much supported by the priests in South Africa.

Though it is true that this is a different country, I would not see any alternative to being part of the SACBC.

The new Pastoral Plan of the local Church was launched by the SACBC a few weeks ago. Given the somewhat different nature of the socio-cultural situation in Eswatini, does that pose challenges in implementing the plan in Manzini?

When Pope Francis called the Church to celebrate an Extraordinary Missionary Month, we decided to extend it to the whole year, aware that a month would not make any impact in our lives.

We launched it in October 2019. The following month we celebrated our first “Diocesan Missionary Congress” in the presence of the apostolic nuncio, Archbishop Peter Wells, as well as  (SACBC secretary-general) Sr Hermenegild Makoro CPS,  and Bishops Victor Phalana (of Klerksdorp) and Siegfried Jwara (of Ingwavuma).

It lasted three days: a day for priests, a day for religious, a day for the whole diocese, represented by 200 delegates.

They addressed us in the morning while the afternoons were dedicated to group work reflecting on the way forward.

During this year we will then bring the two documents together.

The Pastoral Plan being the fruit of consultations done at grassroots level with priests, religious and laity, and our congress based on a similar experience, I believe both documents will complement each other.

And lastly, what is your message to the readers of The Southern Cross?

More and more media has become a two-way road. I wish more and more people from different dioceses would contribute to The Southern Cross.

As I said, there is so much happening in every diocese, but we hardly talk about it.

As it was proclaimed to us not long ago: “In the same way your light must shine in the sight of men, so that, seeing your good works, they may give the praise to your Father in heaven.”

Sharing our journey, sharing our stories, makes us celebrate God’s presence among us.

Bishop: You Don’t Have To Leave Home To A Distant Country To Be A Missionary

Archbishop Abel Gabuza as ‘Coadjutor’: What it Means for Durban