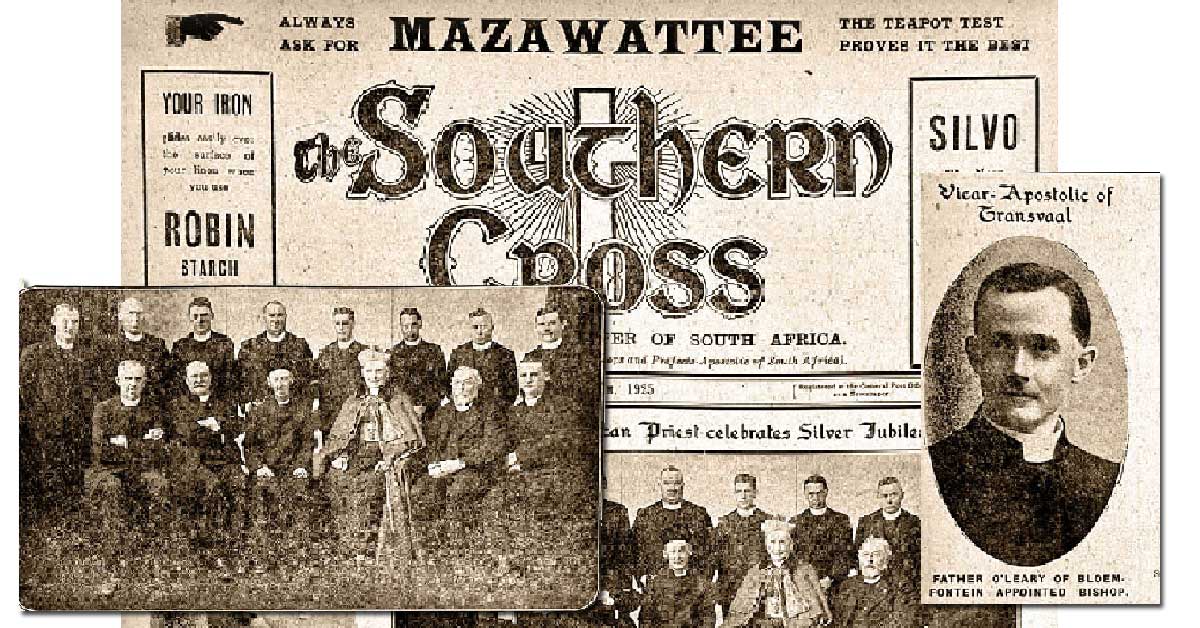 The first locally-born bishop for South Africa has been appointed by Pope Pius XI as the bishop of the apostolic vicariate of Transvaal. Fr John O’Leary OMI of Bloemfontein was born in Kimberley in 1880. In the Free State, Catholics and non-Catholics alike know him “for his genial fresh complexion, boyish face, and his little alert figure… You missed him four days from Bloemfontein and then you found that he had been driving into the rural homes of the Free State to give the consolation of the faith to some lonely Catholic, sick or dying.”

Death of a young priest

Oblate Father Patrick McCarthy died on May 20 at the young age of 25 and in the first year of his priesthood. The Limerick-born priest had arrived in South Africa soon after his ordination in Dublin in October 1924, coming to Kimberley. But due to his very poor state of health on his arrival in Kimberley, he did very little work during his time there.

In his editorial, Mgr John Morris writes that in South Africa, “where the Catholic Community is comparatively small and has few opportunities for defending its position, Catholicism is very sadly misunderstood. We are surrounded by clouds of hostile witnesses who ‘testify’ to the most stupid and ill-informed accusations and charges against us.” These are not made in a spirit of persecution but through “a careless and reckless attitude of sheer ignorance”.