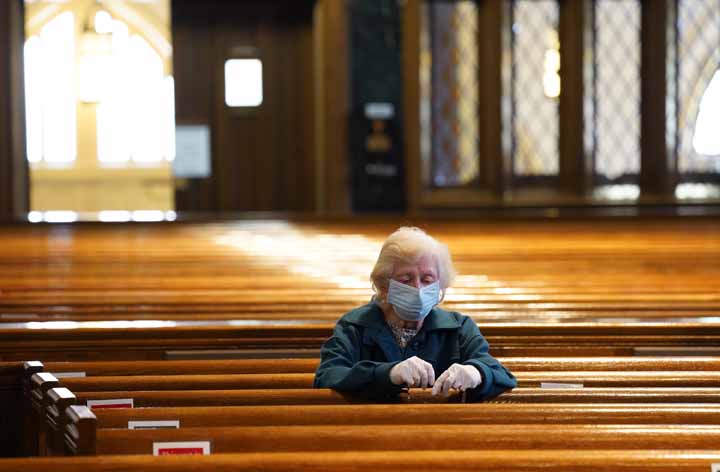 President Cyril Ramaphosa announced on Tuesday evening that churches and other places of worship may reopen amid the Covid-19 pandemic. However, this is subject to conditions and protocols, including a limit of up to 50 per religious service. (CNS photo/Gregory A. Shemitz)

BY ERIN CARELSE & STAFF REPORTERS
The archbishop of Cape Town and other faith leaders met with President Cyril Ramaphosa in a Zoom meeting ahead of the government’s decision to allow for the reopening of places of worship, and the call for a national Day of Prayer on Sunday.

The discussion was part of the president’s ongoing engagement with stakeholders for the progression of the country to Alert Level 3 of the national lockdown.
“I was grateful to be invited, as Cape Town is considered the South African epicentre of the disease,” said Archbishop Stephen Brislin.

Most of the discussion centred on a return to worship. There seemed to be a general consensus among faith leaders that there will have to be a phased-in return to worship, said Archbishop Brislin.

Addressing the nation on Tuesday evening, Mr Ramaphosa announced the reopening of churches and other places of worship, with restrictions which were proposed by the religious leaders.

The numbers of congregants will be limited to a maximum of 50 or less, depending on the size of the place of worship.
Social distancing must be observed and facemasks be worn at all times. Hygiene protocols are to be enforced, with thorough cleaning and sanitation of places of worship before and after services.

All rituals—including Communion—must be conducted in ways that avoid even the slightest risk of the transmission of the virus.
It is advised that the elderly and others with pre-existing conditions and thus vulnerable to Covid-19 be asked not to return to public worship immediately.
In the meeting with the president, the religious leaders proposed that livestreaming of services and other ways of pastoral care and support should be provided to them. 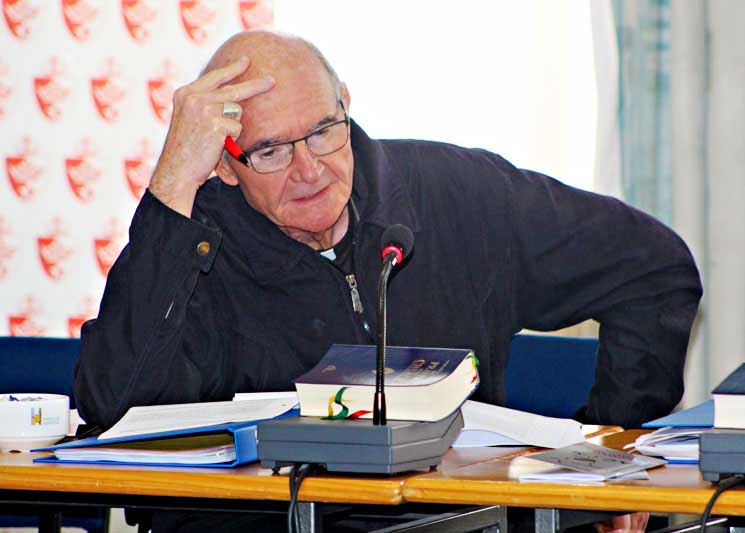 In that meeting, Mr Ramaphosa was receptive to the recommendations of the religious leaders, whom the president specifically thanked in his address to the nation.

“However, he did point out that government’s thinking in this area had also been informed by ‘Patient 31’ in South Korea, who had unwittingly passed on the virus to many people at a church service, and also the many people who had become infected at a church gathering in Bloemfontein,” Archbishop Brislin said.
In his televised address, Mr Ramaphosa noted that “faith has seen us through dark times…and sustained us” as a nation.

Religious leaders, he said, have provided guidance, pastoral support and social relief. “We have strongly felt their presence.”

Calling for the National Day of Prayer on May 31, Mr Ramaphosa asked that the people of South Africa pray for the “healing of our land and the protection of our people”.

He asked that on Sunday, South Africans turn their thoughts to those who are bereaved due to Covid-19, and those who are on the frontline in fighting the pandemic.

• More in the latest issue of The Southern Cross, available to subscribers on Wednesday morning. To subscribe go to www.digital.scross.co.za/subscribe

Catholics Believe in God but ‘Don’t Believe in Us,’ Miami archbishop says

Pope: ‘Every Man For Himself’ Is Not A Solution To Pandemic
Share