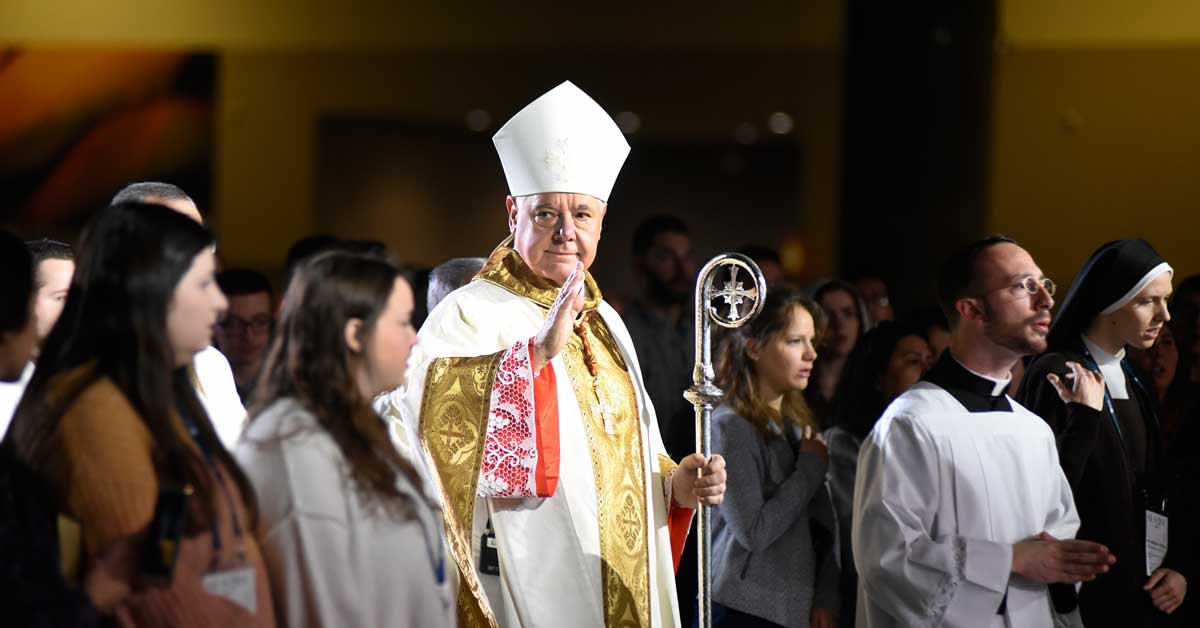 By Catholic News Service – Catholic bishops have distanced themselves from a letter in which several prominent Catholic clergy warned there were attempts to use the COVID-19 pandemic to create a “world government beyond all control.”

The appeal said that under the “pretext” of the pandemic, “the inalienable rights of citizens have, in many cases, been violated and their fundamental freedoms, including the exercise of freedom of worship, expression and movement, have been disproportionately and unjustifiably restricted.” It added that the fight against COVID-19, though serious, “must not be the pretext for supporting the hidden intentions of supranational bodies that have very strong commercial and political interests in this plan.”

The German bishops had called the restrictions – including those affecting church services – “reasonable and responsible” and emphasised that they should be relaxed “responsibly and in a measured way,” KNA reported.

Bishop Franz-Josef Overbeck of Essen noted that “populists and other conspiracy theorists … want to interpret all efforts to contain the pandemic as a pretext to found a hate-filled technocratic tyranny and wipe out Christian civilization.” The church needed to counter that position clearly “regardless of who expresses it,” the bishop said.

The vicar general of the Essen Diocese, Msgr. Klaus Pfeffer, was the first church official to respond to the appeal, saying he was “simply stunned at what is being disseminated in the name of the church and Christendom: crude conspiracy theories without facts or evidence combined with a right-wing populist combative rhetoric that sounds frightening.” Jesus Christ has nothing to do with such confused theories that stirred up fear and hostility and poisoned society, he said.

Bishop Gerhard Feige of Magdeburg criticised “extremist church representatives” who behaved as “pseudo-scientists, opponents of vaccination.” Bishop Gebhard Furst of Rottenburg-Stuttgart said he clearly dissociated himself from the “dangerous theories of the group around Archbishop Vigano. Those who interpret the efforts of politicians to protect human life from the coronavirus as a dubious world conspiracy are playing with fire.”

Cardinal Muller defended his support for the appeal, reported KNA. He told the Catholic newspaper Die Tagespost that certain church officials had seized on the statement “to capitalise on indignation about their alleged opponents. Everyone now calls everyone else a conspiracy theorist.”

The appeal had been misunderstood deliberately, Cardinal Muller said: “It is interpreted as claiming that the pandemic itself was invented to cause panic, which is absurd.” He said his main focus was on the “partly inadequate church reaction,” not on the medical aspects of the crisis. He added that he did not want the appeal to be treated as a scientific analysis.