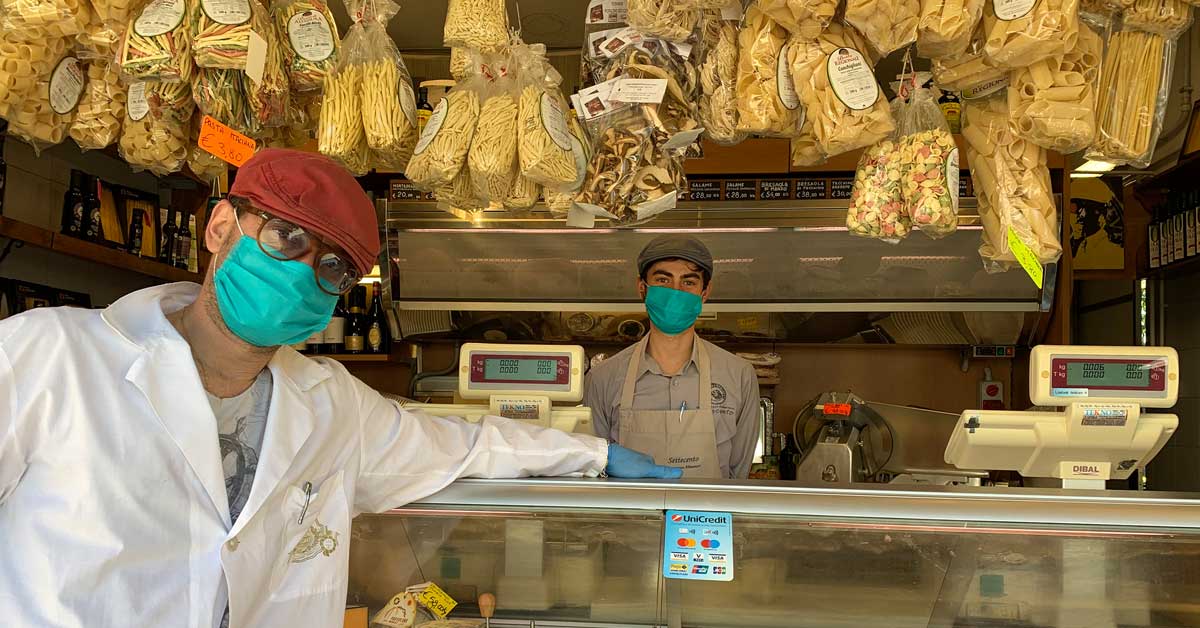 By Laura Ieraci – Ending the widespread stay-at-home orders under the coronavirus pandemic would align with Catholic social teaching and respond to the needs of vulnerable people, including the young and the poor, two Catholic economists said.

Government regulations generally are developed “with the interests and lifestyles of the upper class in mind,” while poor people “do not have a seat at the regulatory table,” said Casey B. Mulligan, professor of economics at the University of Chicago, during an online event organised by the Lumen Christi Institute at the university.

The economic costs of such regulatory actions to poor people “are getting neglected and the benefits, to the extent there are benefits, are going to a very different group,” said Mulligan, former chief economist of the White House Council of Economic Advisers to President Donald Trump.

Mulligan and Jesus Fernandez-Villaverde, professor of economics at the University of Pennsylvania, spent an hour analyzing the economics of the current pandemic and answered questions from event participants.

Joseph Kaboski, professor of economics at the University of Notre Dame and a consultant to the U.S. bishops’ Committee on Domestic Justice and Human Development, who moderated the discussion, said in introductory remarks that the program did not suggest that a response to the pandemic should be decided on economic grounds alone.

Rather, he continued, economics is “very good” at “understanding and identifying” the tradeoffs involved in “alternative policies” and their implications for the economy as well as for other aspects of life.

Mulligan estimated the widespread stay-at-home orders through May 4 cost about $28 billion daily, far in excess of the cost to human life caused by COVID-19, the illness caused by the coronavirus.

Such high costs are “not equally shared at all,” he explained, but were being borne “mostly among younger people.” Many of those unemployed by the pandemic do not have college degrees, he added.

Fernandez-Villaverde said he was “really very worried” about the millions of Americans under 40, whom he described as “the real losers of this situation.”

“If you were going to do a breakdown of the costs and benefits of the current policies, there is a very important aspect that is related with age,” he said. Many of the benefits are going to those older than 60 and many of the costs are going to those younger than 40, including missed educational and work opportunities, difficulties raising a family and lower wages that lead to greater challenges in maintaining daily life.

“Any type of policy that is trying to save lives, as valuable as those are,” must consider harm to education and mental health, Fernandez-Villaverde said.

“This is not just about the economy. It’s not just about, ‘Let’s be sure to save the corporations of America,'” he said in response to a question about the value of human life and the common good. “We are facing very serious tradeoffs and just closing our eyes and pretending those tradeoffs are not there, because we feel bad about talking about those tradeoffs, I don’t think is very responsible.”

Fernandez-Villaverde said the lack of resources that impose “serious limitations” on the types of relief that can be provided during times of crisis also require economists and policymakers to evaluate tradeoffs. Theories of justice, including those informed by Catholic social teaching, can be applied to the evaluation, he said.

A research associate at the National Bureau of Economic Research, Fernandez-Villaverde said his research topics have been guided by the principles of Catholic social teaching, as have his policy recommendations, especially regarding the generational inequalities he has observed under the pandemic.

He said a targeted policy that would protect citizens older than 60 in the next phase of managing the pandemic would likely be more desirable, although he said he suspects “it will probably have a close-to-zero effect on total deaths.”

With up to 120,000 U.S. deaths estimated by some projections during the current first wave of the pandemic through August, Fernandez-Villaverde said he prefers to think in terms of how the country can shoulder such loss of human life “in the way that is less costly for everyone.”   Mulligan proposed that the government use individual incentives as a principle of regulation, suggesting that people who are more vulnerable are aware of their vulnerability and are motivated to engage in self-protective behaviours. Government regulation would facilitate and leverage those individual differences, he said.

In response to a question about the rise of “armchair epidemiologists,” Fernandez-Villaverde said the analysis of the clinical or therapeutic components of the virus are rightly left to medical experts. However, many epidemiological models are dynamic models, which economists interpret and analyze to inform policymakers as they develop policies that are more sustainable and less burdensome on the economy, he said.

Mulligan agreed, underlining the role of economists for decades in applying economics to epidemiology. He cited the studies of economists Richard A. Posner and Tomas J. Philipson on the AIDS epidemic in the 1980s and 1990s. Economic models, which considered human incentives for self-protection, predicted a much lower AIDS infection rate than the epidemiological estimates, and Posner and Philipson turned out to be right, Mulligan said.

Both economists also underlined the importance of medical advances in treating and understanding the virus.

“Figuring out ways to eliminate disease and treat disease is actually more valuable than the medical people really understand it to be,” Mulligan said, “because its benefits go beyond just reducing the death count.”

Why Jesus Is Your Real Boss