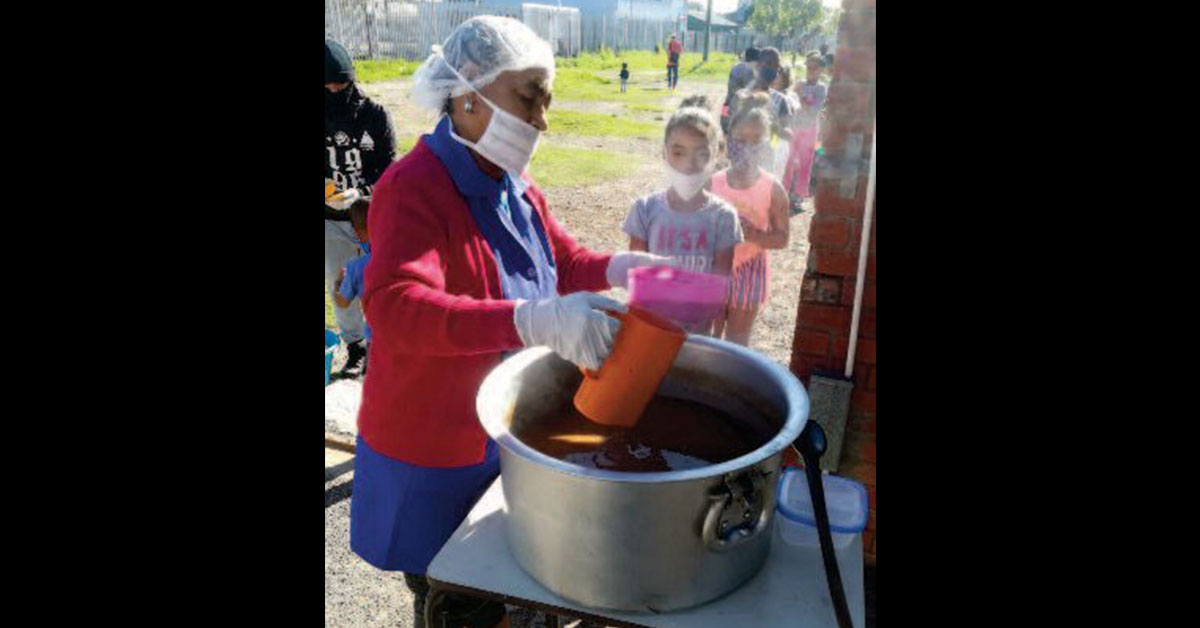 When a Catholic aftercare centre in Cape Town’s Manenberg area planned its tenth anniversary this year, nobody could foresee that its function in the coronoavirus crisis would be to return to its initial aim: to feed hungry children in this underdeveloped community.

The Holy Family Child and Youth Development Centre, widely known as the Manenberg Aftercare Centre, is situated on the property of the Holy Family of Nazareth church on 34 Manenberg Avenue.

It was established in 2010 by then-parish priest Fr Wim Lindeque, who still chairs the centre’s board, with a couple of committed persons.

“The aim was to help children who did not receive their school meals during the long winter school holidays”, which had been extended due to the 2010 football World Cup, said centre manager Leslie Selbourne.

“It soon became clear that there was an urgent need to assist with the mental and social development of the children of Manenberg,” he explained. “Since then, ten years on, the centre has become the longest-running non-governmental childcare programme in Manenberg.”

It provides desperately needed support to about 150 children between the ages of 4 and 18 in what Mr Selbourne described as “a caring, stimulating and safe environment”.

Before the lockdown regulations came into effect, the children participated in various activities such as music (including a guitar group), sport, dancing, arts and crafts, and reading. They also received a healthy meal and fruit.

During the normal school holidays, holiday programmes and regular excursions outside the community complemented the programme. Future plans include activities such as yoga, Learn-to-Swim (in collaboration with the City of Cape Town), and self-defence classes.

Under normal circumstances the centre operates from Mondays to Thursdays between 15:00 and 17:00. “It is highly respected in the community for its essential service,” Mr Selbourne said.

The centre can’t operate under normal circumstances due to the Covid-19 pandemic, but it continues to care for the children of Manenberg by running a soup kitchen three times a week.

“This food programme reaches about 230 children on average per day of serving,” Mr Selbourne said. “Many are looking forward to this meal as it is for most of them the only warm meal of the day.”

Since the centre depends mostly on donations to keep the food programme going, it is appealing for assistance, in kind or financial donations, to continue with its ministry of feeding the hungry.

Extending Grace, Respect For Others Are Necessary As We Return To Mass