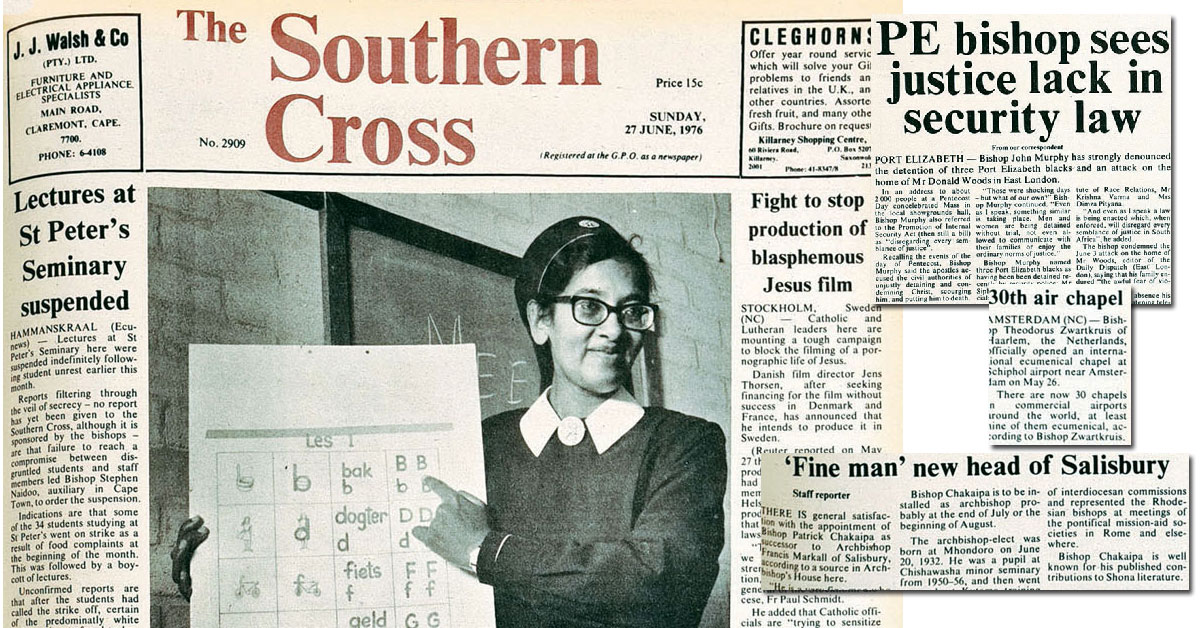 Bishop John Murphy of Port Elizabeth has condemned the detention of three anti-apartheid activists—Sipho Bothile, Krishna Varma and Dimza Pityana—and the firing of shots and vandalism in an attack on the home of Donald Woods, the Catholic editor of the Daily Dispatch in East London, which followed telephonic death threats.

News leaking through a “curtain of silence” is that lectures at St Peter’s Seminary in Hammanskraal in Pretoria were suspended indefinitely following student boycotts earlier this month over food complaints, and possibly over the pending merger with St John Vianney Seminary.

In his editorial, Mgr Donald de Beer notes that the dispute over Afrikaans as the medium of instruction in township schools was not “the deepest cause” for the protests that led to the Soweto massacre on June 16, but “the unnatural status of black South Africans, especially in our cities; and together with this…the inhuman conditions of life in Soweto and other urban townships”.