Denis Hurley Centre’s Homeless Tell Their Own Stories On Film 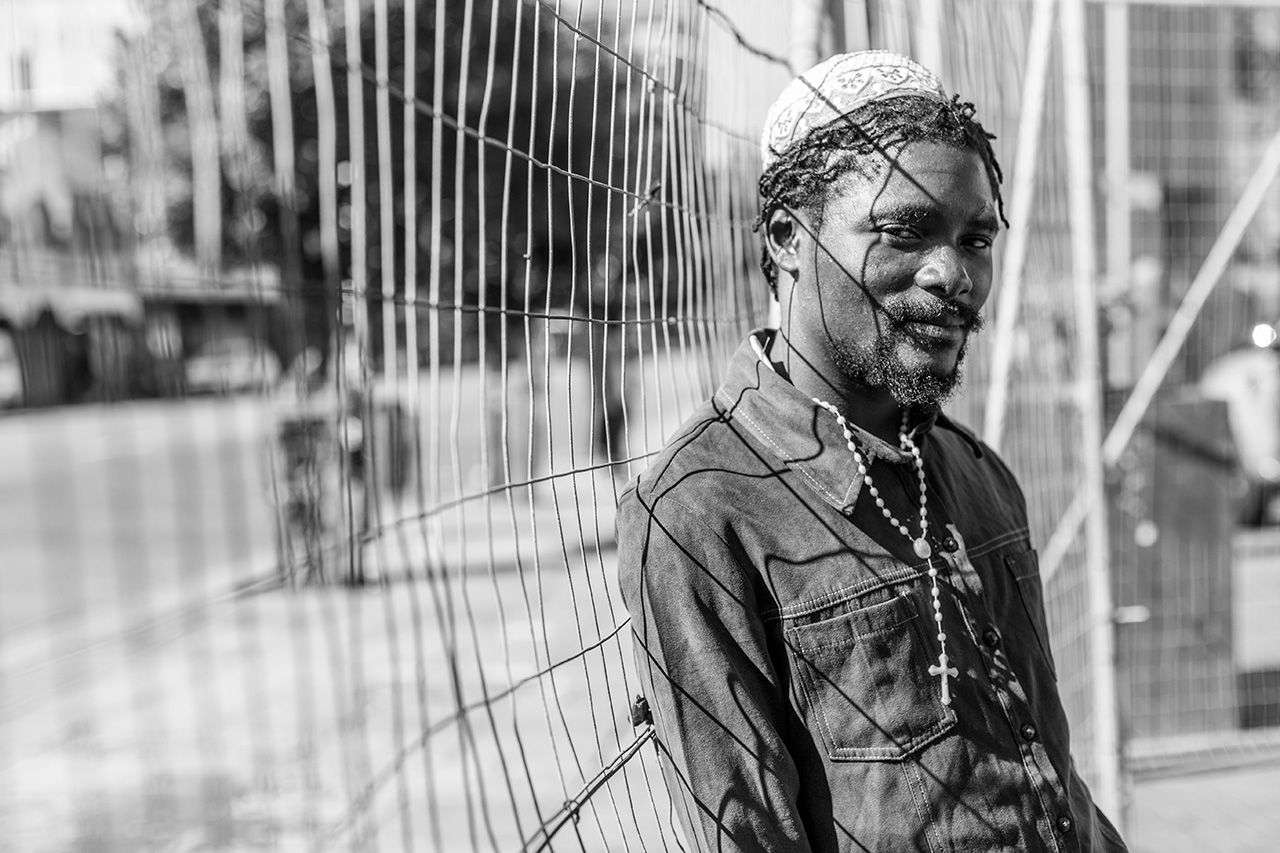 Sandile Mthembu is the subject of one of Samora Chapman’s striking photographs that are now for sale. He is also the writer-director of the made-in-lockdown film “No Kings of the Street”.

A group of men staying under lockdown at the Denis Hurley Centre (DHC) in Durban have brought their creative ideas and lived experiences together to write, direct, and perform in a short film.

No Kings of the Street was written and directed by Sandile Mthembu, produced by Lwazi Sithole, and made entirely with a cast and crew of men staying at the DHC.

They were assisted by Durban based filmmakers Michael James and Jared Hinde.

The 20-minute film, a cautionary tale of life on the streets by people who have experienced the harsh reality first-hand, can be watched on YouTube

“This film, made with zero budget, zero props, limited time, and two simple cameras, is testimony to the commitment and creativity of these men and to the human capacity to create meaning even in the midst of struggle and tribulation,” said Raymond Perrier, director of the DHC.

“It highlights the vital importance of storytelling as a way of connecting human beings beyond the confines of race, class, gender and faith,” he said.

“We, as people, each have our own part to tell of the essential human story—and to this end, we are proud of these men who were bold enough to begin telling their part of the tale,” Mr Perrier explained.

The specific story of writer-director Sandile Mthembu is one of those featured in the work of Samora Chapman published in the Daily Maverick, and highlighted in The Southern Cross last month.

These stories are still online and signed limited edition prints of some of the photographs are available as a way of supporting the DHC, the artist and the person featured https://samorachapman.com/street-dreamers/.

At Level 3, the team from the DHC Street Bookseller project—to help homeless people by giving them the chance to sell secondhand books—can also go back to selling their books.

However, they are struggling to find venues, as church services and arts events are not happening on any scale.

To invite a bookseller who can offer quality books at good prices to staff in a workplace, contact Illa Thompson on pubmatgal@gmail.com