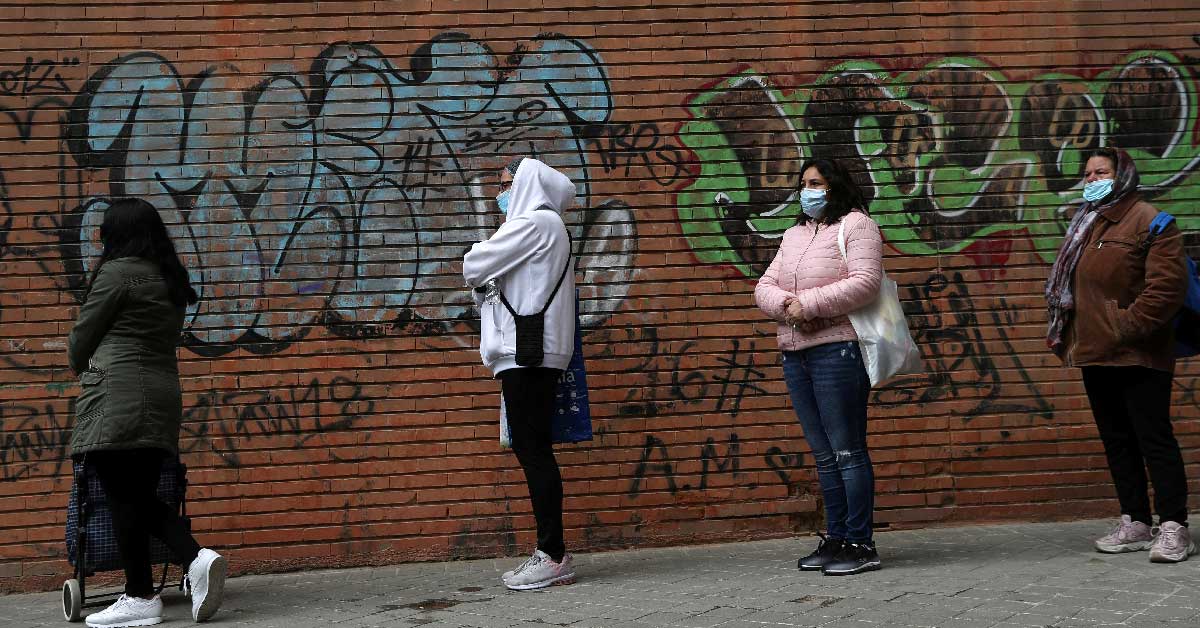 By Jonathan Luxmoore – Catholic groups across Europe have echoed Pope Francis’ call for a universal basic wage as part of recovery plans after the coronavirus pandemic.

“No one in the church should be against a decent minimum wage which saves people from poverty; this should be defended by Catholics worldwide,” said Peter Verhaeghe, policy and advocacy officer with Caritas Europa. “Its level would need to be clarified by governments, trade unions and employer organisations. But the idea of paying contributions and building up social rights represents a solidarity system in line with Catholic social teaching.”

Verhaeghe told Catholic News Service poverty among working families had risen sharply in Europe, where not all countries had a legal minimum pay structure. He added that a universal basic wage should be distinguished from the centuries-old ideal of an automatic state income for all citizens, which raised more complex issues.

He said a basic wage would provide a “safety net of last resort” for those with no jobs and no entitlement to unemployment benefits, enabling them to “get out of poverty and reconnect with the labour market.

In an April 12 letter to social movements and organised groups of casual labourers, Pope Francis said the Covid-19 pandemic should give rise to consideration of “a universal basic wage” to guarantee people have the minimum they need to live and support their families.

Meanwhile, another Catholic aid expert told CNS “fragilities in the system” had been exposed during the Covid-19 crisis.

“We’ve seen how the poor have been much more severely impacted – even in wealthy countries, lower-wage people are suffering from job losses and precarious work conditions and are also more vulnerable to this disease,” said Josianne Gauthier, secretary-general of the Brussels-based CIDSE, which groups 17 Catholic development agencies from Europe and North America.

“This is what’s bringing these moral arguments about social justice back to the fore. If we’re to heal wounds, this must include correcting pay inequalities and giving people a right to live in dignity,” she said.

Support for a universal basic wage to ensure minimum living standards have been growing across Europe, where some countries have subsidised wages by up to 80 percent during the pandemic.

Poverty-proof income schemes are advocated in the Council of Europe’s 1961 European Social Charter and the European Union’s 2017 Pillar of Social Rights, but have not been implemented in all countries.

In Spain, where an income boost for 2.3 million people below pension age is to be launched in June, the bishops’ conference president, Cardinal Juan Jose Omella, told Diario de Leon May 19 a universal basic wage should be made permanent “where decent jobs, homes and wages cannot be guaranteed.”

Two days later, the cardinal told Spain’s Telecinco TV that requests for aid from the church’s Caritas organization had tripled during the pandemic, and he said “a decent salary, job and decent home” should now also be “assured as much as possible to everyone.”

Demands for a “social protection network” for those without “jobs, wages and rights” were introduced in mid-May by Spain’s conference of religious superiors, Catholic action network, justice and peace committee and other church organisations.

The Christian Workers Movement in neighbouring Portugal said in a mid-May statement it also believed a universal basic wage would give citizens “a more dignified, just and humane life” after the coronavirus crisis.

Calls for a basic wage or similar livelihood guarantees, in line with church teaching, have come from Catholic groups in Austria, where unemployment doubled over the past year, as well as from Cardinals Reinhard Marx of Germany and Jean-Claude Hollerich of Luxembourg, president of the Commission of the Bishops’ Conferences of the European Community.

Gauthier said there was “wide agreement now across religious and political divisions that real change is needed. We can’t just go back to normal, but must emerge stronger and better from this time of sickness.”

“It’s the lower-paid workers who’ve kept everything going during this crisis – those once invisible beneath the system have now had their humanity recognised,” she said. “Giving them the same rights as everyone else is a question of justice, but also of economic logic, since we’ve seen how much we depend on these people.”