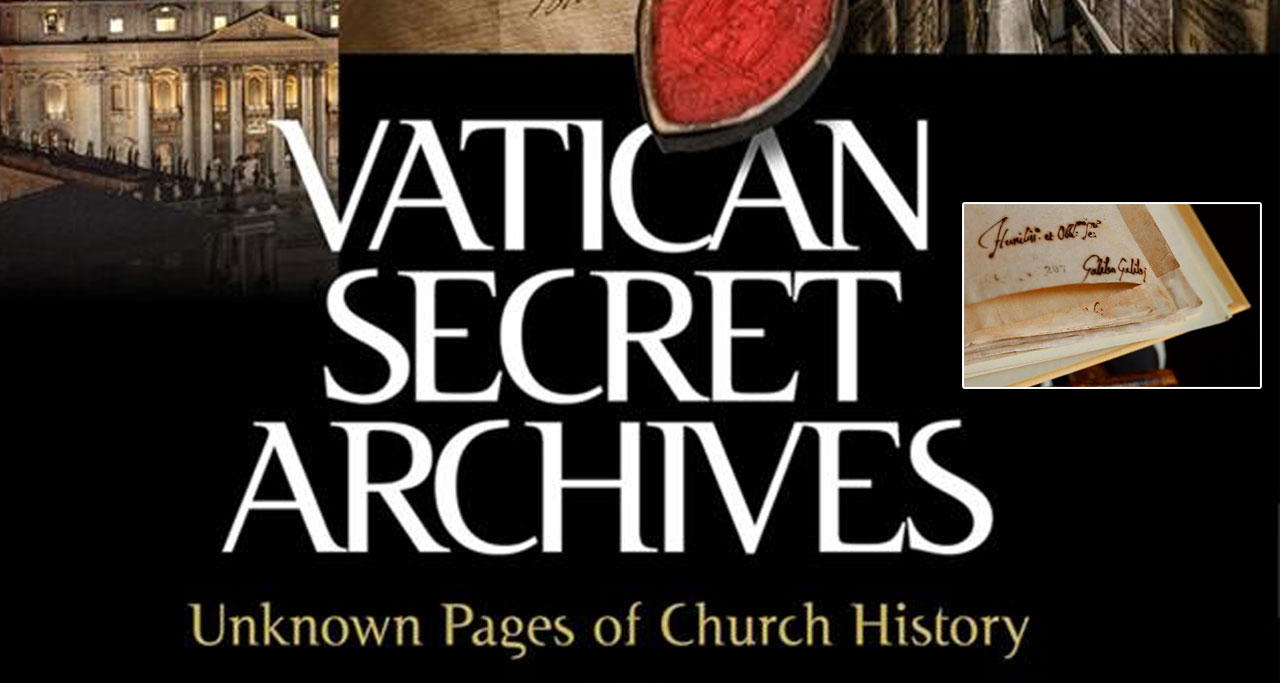 Often the Catholic Church gets a bad rap for events in history. Two journalists set out to debunk the myths, as Carol Glatz reports.

The Inquisition, the Crusades, the trial of the Knights Templar, the condemnation of Galileo Galilei and the role of Pope Pius XII during World War II are just a few “hot” historical events in the life of the Church that can still today ignite controversy and fiery debate.

However, most people have only a vague notion of what those events were about, with facts coloured or clouded by political censorship, social biases and urban legends fuelled by fictionalised accounts made popular in film and other media.

Two Polish journalists, Grzegorz Gorny and Janusz Rosikon, wanted to debunk some of the myths and fill in the gaps with their illustrated book, Vatican Secret Archives: Unknown Pages of Church History, which was published in English by Ignatius Press.

After co-authoring a number of books on such themes as St Faustina Kowalska, the relics of Christ, and the events at Fatima, “we decided to familiarise people with the turbulent history of this extraordinary institution [the Vatican archives] and with various controversial episodes regarding the history of the Church as seen through the prism of the documents housed in the Vatican Secret Archives”, Mr Gorny said.

To learn from and assess the past correctly, “one must first thoroughly and accurately ascertain the facts”, which is why the two journalists visited what are now called the Vatican Apostolic Archives and others.

They also met with numerous historians to look at controversial figures and events from a different point of view, they said in the book’s introduction.

“We are against journalism of the Ctrl C-Ctrl V sort” that copies and pastes, Mr Gorny said.

“We are doubting Thomases” who have to “touch everything” by spending years visiting the places they were writing about, talking to witnesses and scholars and spending time in archives, he said.

Mr Rosikon, who took most of the photographs in the book, said they wanted to give the reader the feeling of “finding himself in the places we described”.

The book’s release was timed to coincide with the March opening of the Vatican archival material relating to the wartime period under Pope Pius XII. The last chapter is devoted to how the pope became the centre of controversy with accusations he did not say enough publicly against Nazi atrocities and to what Jesuit historian Fr Peter Gumpel and others have found in available archives.

“But, how do you interpret his silence? How are you going to weigh the man’s actions when so many of them were deliberately kept secret for reasons of safety and security of the people he was trying to help? When someone’s been silent and his actions have been covered up, how are you supposed to know what he did?” she asked.

Historians expect that it will take years of combing through the Vatican’s newly available documents to get an even better and clearer understanding of what happened and why.

“History teaches us that life is the art of making decisions,” Mr Gorny said, so the book describes the people “responsible for the fate of large communities, people who had to make decisions between, for example, security and freedom, between a greater and a lesser evil”.

Ms Dudro said the authors aren’t engaged in “Church triumphalism”, but instead show “the good, the bad and the ugly on the part of players on the Church’s side or in the Church’s interest”.

“If you admit that sometimes things get done badly, that’s not an act of disloyalty against the Church,” she said.

But the authors’ approach is, “if all you’ve heard about is terrible things done by the Church, there’s more to this story and let’s listen to some scholars who’ve uncovered some of these things”, Ms Dudro said.

Mr Gorny said he finds inspiration from St Luke, whose Gospel and Acts of the Apostles “are classic reportages”.

St Luke wrote that he wanted to depict events as faithfully as possible, on the basis of eyewitness accounts, supplemented with what he himself saw.

“That is how a reporter works: he describes what he himself saw or what he had heard from reliable people,” Mr Gorny said.

In fact, “journalism is an evangelical profession, as its mission is to bear witness to the truth”.

Ms Dundro, who has also worked as a reporter for the Catholic press, said having an open mind is critical for journalists and readers, too.

“Have the humility to accept that you don’t know as much as you think you do, be open to new information and weigh it”, look for people’s vested interests or motives, and “go out of your way to talk to people who think differently”, she said.

People need accurate information to make good decisions and there is too much at stake today to be limited to one polarised side, she said.

“If God didn’t want us to go to all this trouble to try to figure out what the truth is, he would have made us like the other animals and we would just be operating on instinct every day,” she said.