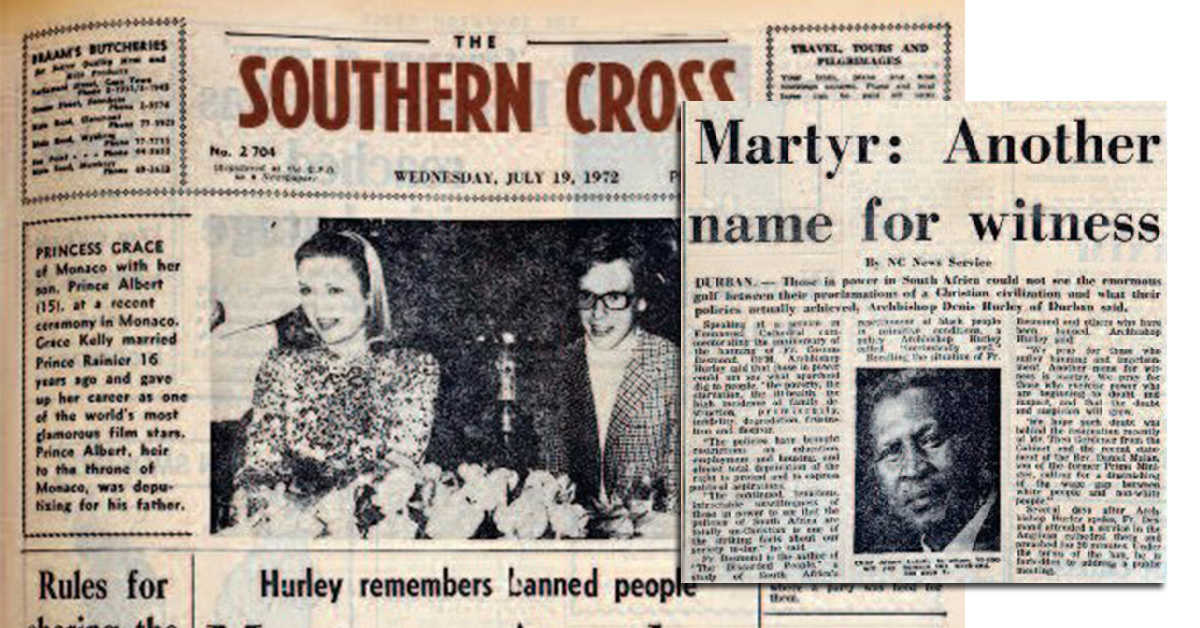 Prayers for the banned

Those in power in South Africa cannot see the gulf between Christian civilisation and what their apartheid policies actually achieved, Archbishop Denis Hurley of Durban told a service at Emmanuel cathedral, held to commemorate the banning of Fr Cosmas Desmond OFM.

He hoped that such doubt was behind the recent resignation of minister Theo Gerdener and the call by Rev Danie Malan, son of the late prime minister, for a reduction in the wage gap between white and “non-white” people.

In one of his strongest statements yet on Indochina and Vietnam specifically, Pope Paul VI has called for a successful conclusion to the Paris Peace Treaty and free elections in a united Vietnam, and criticised the lack of progress made so far.

In his editorial, acting editor Michael Shackleton commends the Catholic Women’s League for recognising that there is “a marked climate being created in South Africa to legalise abortion”. With modifications to the present abortion laws looming, he writes, Catholics “must be prepared to throw our whole weight into any anti-abortion campaign”.