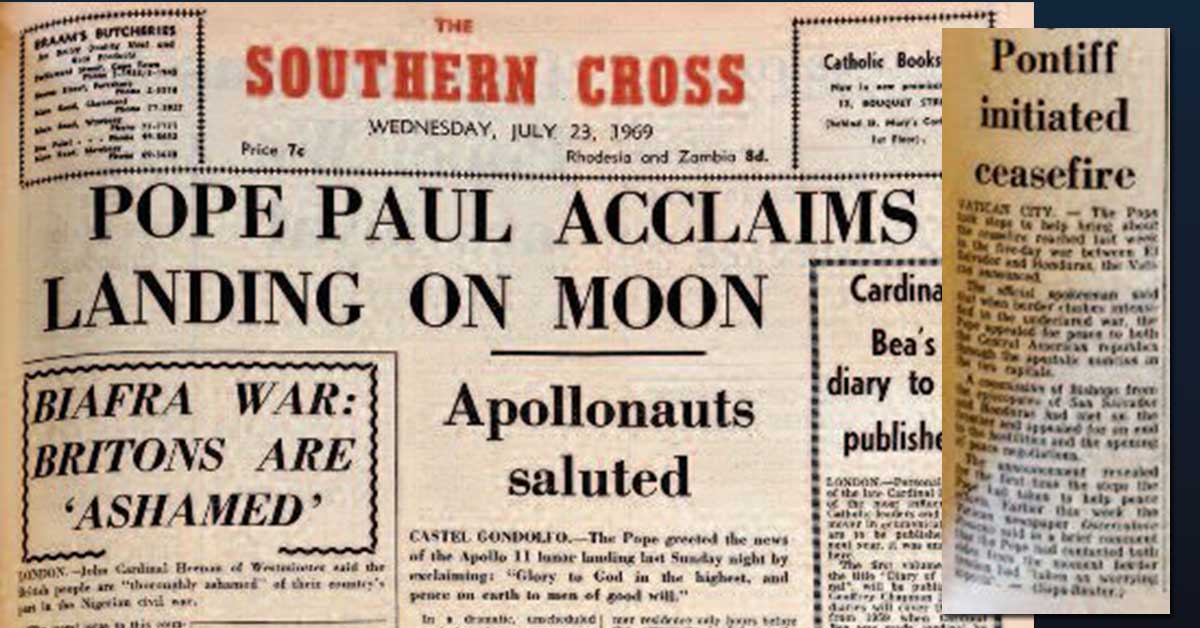 Pope Paul VI has praised the first moon landing in what The Southern Cross calls a “dramatic and unscheduled speech from his summer retreat”, Castel Gandolfo. The pontiff had followed the live telecast on his colour television. But he warned that “war and hunger should not be forgotten in the race to conquer outer space”.

Pledging loyalty to the pope

Top lay Catholics in England and Scotland, and high-ranking clergy in Ireland and West Germany, have reaffirmed their loyalty to the pope.

Cardinal John Heenan of Westminster has said that British people are “thoroughly ashamed” of their country’s sale of arms to one side—the federal government—in the Biafra civil war in Nigeria.

In his editorial, Fr Louis Stubbs writes that differences between Catholics can be “fruitful” provided that “reasonable care is used” in debating these disagreements.