How Mary Magdalene The Apostle Was Slandered 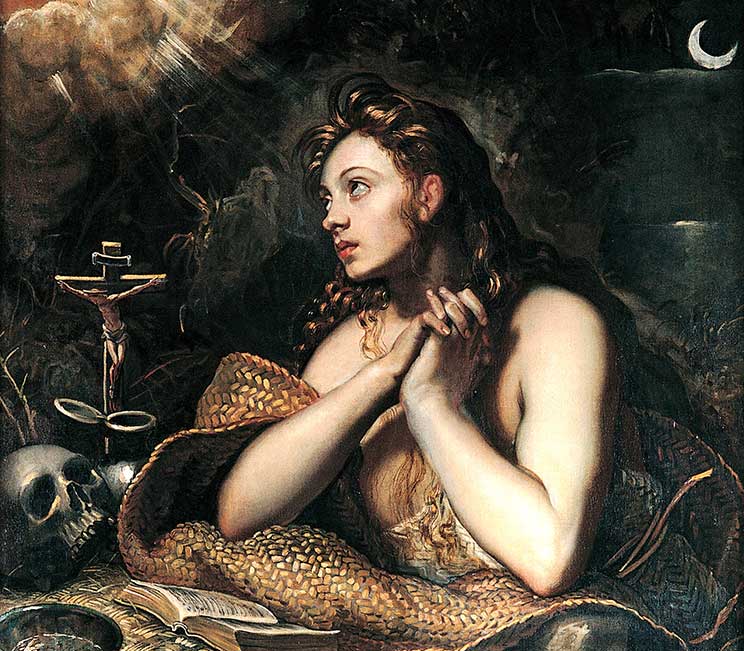 The “Penitent Magdalene” painted by Domenico Tintoretto between 1598 and 1602, in the Musei Capitolini in Rome. For many centuries — and sometimes still today — the “Apostle of the Apostles” was wrongly identified as a repentant prostitute.

For many centuries, Mary Magdalene was seen as the penitent prostitute in Luke’s Gospel. That view has changed only quite recently, as GÜNTHER SIMMERMACHER explains.

Mary Magdalene has been the subject of so much misinformation over the centuries — by the Church itself and more recently by creators of pulp fiction — that we don’t really know much about this pivotal figure in the story of Jesus.

And, alas, there is very little source material to work with. Dispose of all the traditions and myths associated with Mary Magdalene, and we are left with a few lines in the Gospels — though more than they dedicate to most of the apostles.

Scripture reveals Mary, from the thriving fishing town of Magdala at the Sea of Galilee, to be a woman of independent means who accompanied Jesus and his band of followers on their itinerant way, supporting them materially.

When the female companions of Jesus’ group are mentioned, her name always appears first, indicating her leading role among them.

We know that Mary of Magdala had suffered from some form of mental condition or possession which Jesus healed (Luke 8:2-3).

He certainly held her in high esteem. Famously she was in the almost exclusively female group of women who had the fortitude to witness Jesus die on the cross when almost all the disciples went underground, and she was the first person to encounter the risen Christ.

But Mary Magdalene most certainly was not the prostitute of popular imagination.

The labelling of Mary as a reformed prostitute was a character assassination that would shape her reputation for nearly 14 centuries. It was invented, or at least entrenched, in a famous homily on Luke’s Gospel by Pope Gregory I the Great in 591.

In it, Gregory mistakenly identified Mary as the unnamed repentant sinner—by now regarded as a prostitute — of Luke 7:36-50, holding her up as an example of true atonement and conversion.

And with that Mary Magdalene was diminished from being the “Apostle of the Apostles”, as St Hippolytus of Rome described her in the early third century, to “redeemable whore”.

Three women into one

The Magdalene’s story became even more muddled by the 13th century, a time when the saints were equivalent to the movie stars of our age.

By then the popular image of Mary Magdalene, in addition to her verifiable identity as a leading disciple, had taken on not only the persona of the anonymous reformed sinner but also incorporated the quite distinct Mary of Bethany, Martha’s sister who washed Christ’s feet with her tears.

What the three women had in common was anointing oil and a devotion to Jesus. And suddenly, three independent women from the Gospels were stripped of their identity and turned into one woman with a history of sexual sin.

The image had appeal. The composite Mary Magdalene was a superstar among the saints, commanding a whole genre of art. Ever the temptress, she was portrayed mostly nude. 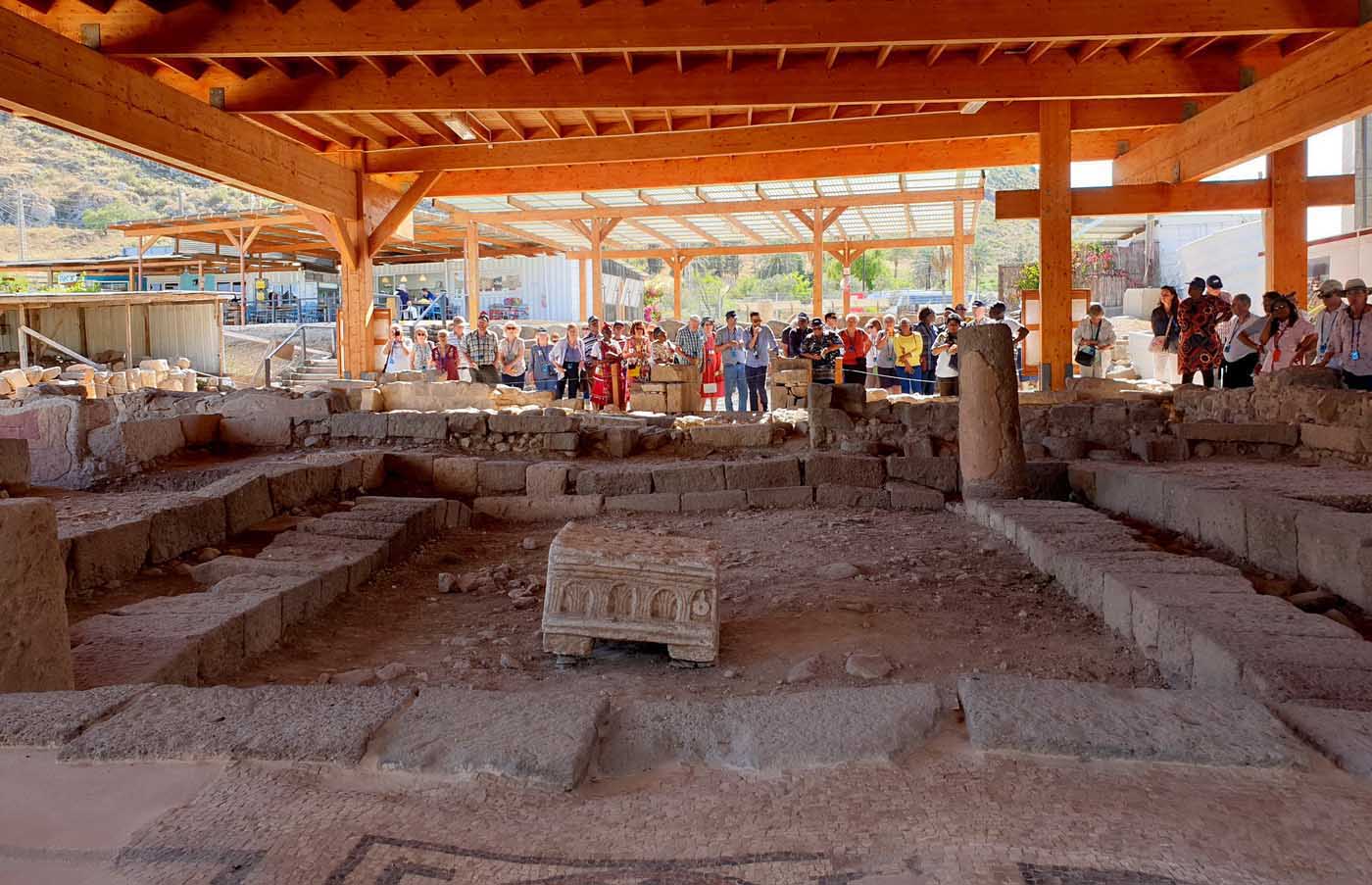 The excavated first-century synagogue of the biblical Magdala, which Mary Magdalene would have known and in which Jesus very likely preached. (Photo: Günther Simmermacher)

In the early 16th century the French reformer Jacques Lefèvre d’Étaples argued strongly that the conflation of the two Marys and the repentant prostitute was an error.

The book in which he made his case caused a huge controversy which even reached England, where the bishop of Rochester, the future martyr John Fisher, condemned it.

The theology faculty of the Sorbonne university in Paris went as far as declaring the proposition of separating the three parts of the composite Mary Magdalene a heresy.

Then the Reformation happened, and with it the appetite to take this issue further. Indeed, in the Catholic Church, the identification of Mary Magdalene as the penitent sinner was emphasised even more.

Only in the past couple of centuries has biblical scholarship rehabilitated Mary Magdalene from her unmerited ill repute.

That hasn’t stopped popular culture from portraying her as a reformed prostitute: in the musical Jesus Christ Superstar, in literature like Nikos Kazantzakis’ The Last Temptation of Christ, or in pop music as in Lady Gaga’s 2011 song “Judas”.

It took the Catholic Church until 1969 to officially change its view of Mary of Magdala, when the revision of the General Roman Calendar explicitly stated that the July 22 memorial concerns only Mary Magdalene, with no mention to be made of Mary of Bethany or the repentant sinner.

These readings were replaced with Mary’s encounter with the Risen Lord in  John 20 (“Woman, why are you weeping?”).

When Pope Francis raised the liturgical memorial of St Mary Magdalene to the rank of liturgical feast in 2016, the Vatican in a new preface described her as “the Apostle of the Apostles”, finally giving official recognition to the title she had been denied for so long.

So when we celebrate her feast on July 22, it is the “Apostle of the Apostles” we commemorate, not the penitent woman.

Domitilla and Danny Hyams: SA Couple on the Path to Sainthood
Share