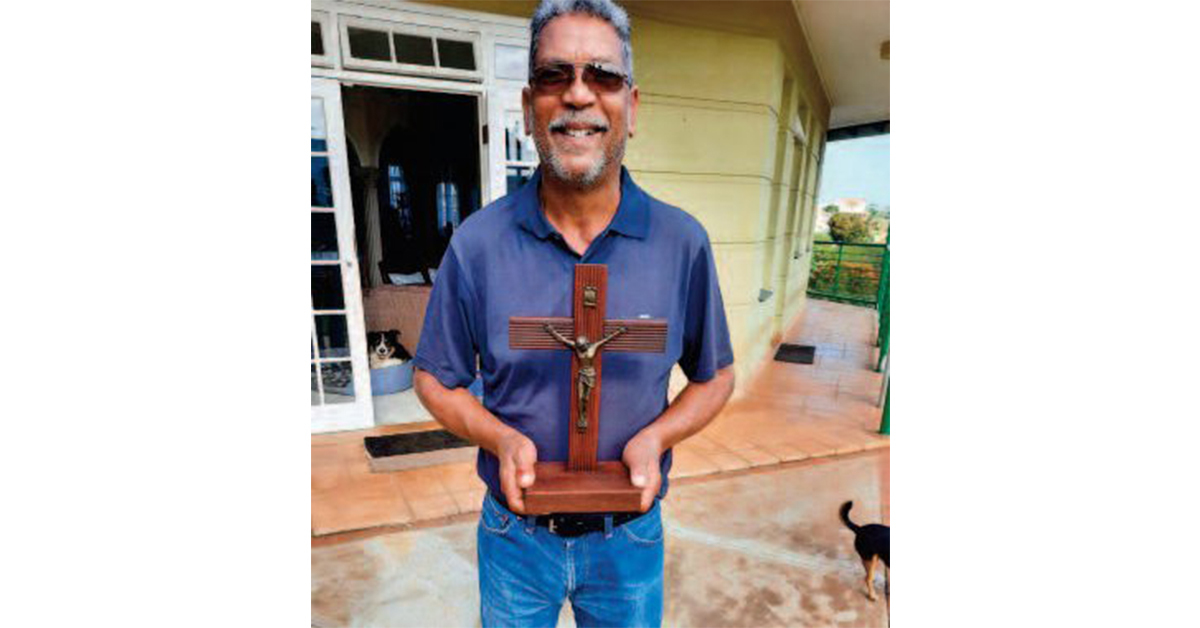 When he learnt that Missionaries of Africa students were paying for their own studies, a KwaZulu-Natal Catholic decided to act.

Eric Tate and his wife were introduced to the Missionaries of Africa students by Fr Allan Moss OMI, then parish priest at St Joseph’s in Cedara.

“Fr Moss told us that some students had benefactors who assisted them,” Mr Tate recalled.

At around the same time, he noticed that whenever he entered the lounge, he had to look around to see where the cross was hanging, which he then noticed above the exit door.

“I immediately decided to start a project of making crosses on a stand, so they could be placed on the table in a visible area,” Mr Tate said.

“A cross should not be hidden away, but be visible in every house, so that whoever visits the homes of parishioners or missionaries should see that these are Catholic homes or institutions,” he said.

To make such crucifixes to raise funds for the students, Mr Tate turned to Fr Moss, now serving at Christ the King parish in Wentworth, Durban, who welcomed him and his wife. The parish was enthusiastic about the crosses.

With the assistance of the parish’s repository, which promoted and sold the crosses, Mr Tate raised R10 000, which was then handed over to Missionaries of Africa Fathers Jones Kawisha and Luigi Morrell.

There are still some crosses available from Christ the King parish.