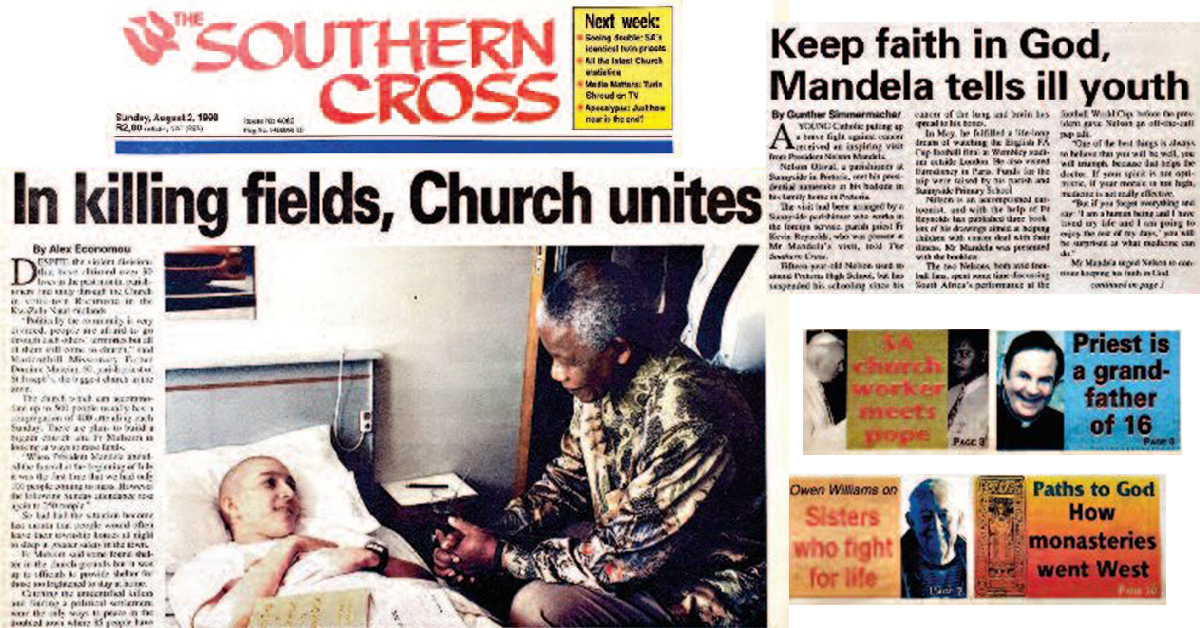 Following political assassinations in the Richmond area in KwaZulu-Natal’s Midlands that have claimed 30 lives, many rural people go to town to sleep safely at night, Fr Dominic Mulheim CMM tells The Southern Cross. But his parish of St Joseph’s remains a place of unity. “Politically the community is very divided—people are afraid to through each others’ territory—but all of them are still coming to church.”

President Nelson Mandela visited a 15-year-old parishioner of Sunnyside in Pretoria in hospital. Mr Mandela encouraged Nelson Olival, a talented cartoonist who is putting up a brave fight against cancer, to keep faith in God. The two football-loving Nelsons discussed the recent World Cup in France. [Nelson Olival died in October 1998.]

In his editorial, Michael Shackleton writes that every Catholic can be a missionary by being well-informed about their faith and “by the way we deal with others”.