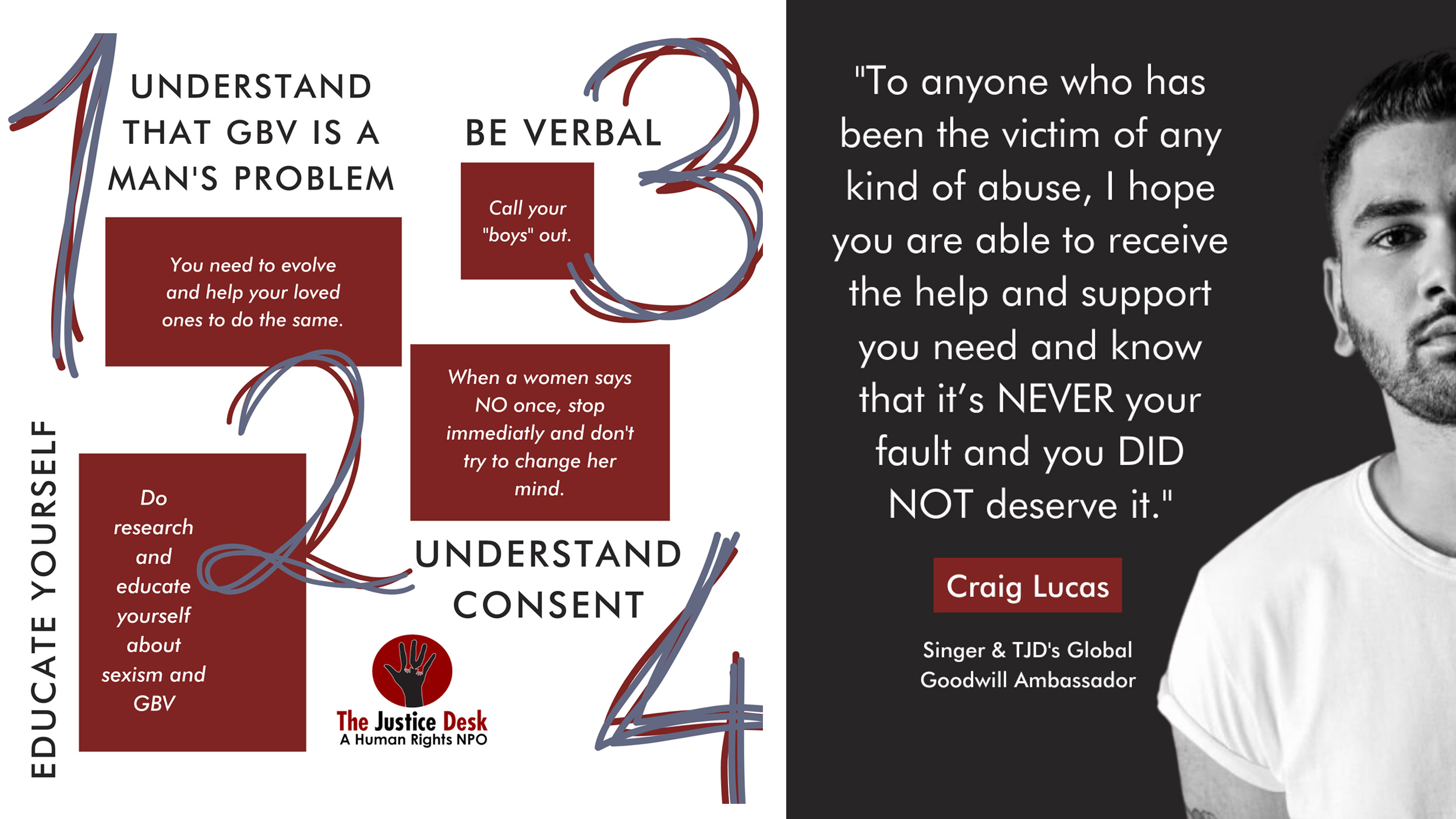 Posters are part of the #YourActionsDefineYou campaign by The Justice Desk launching on Women’s Day.

“In South Africa, a woman is murdered every three hours, and over one in three women have experienced physical and/or sexual intimate partner violence,” the organisation said in a statement.

“The dominant, erroneous narrative states that GBV and Violence Against Women is a social issue experienced by women, and should therefore be responded to and challenged by women.

“However, men are the main perpetrators of all forms of violence and GBV in South Africa,” it said.

“Many men think of GBV neither as an issue that they are responsible for, nor one that they have the responsibility to end,” the Justice Desk said, adding that victims are left to eradicate the violence and “find solutions to a problem they are not responsible for”.

The campaign aims to challenge these socially-accepted norms.

It will comprise a two-part message conveyed through a combination of online videos and print, including billboards and buses. The images will feature familiar settings and characters: a married couple, working professionals, and public transport commuters.

The Justice Desk hopes to encourage “transformative conversations” within communities with the campaign which “challenges the societal kneejerk reaction that ‘not all men’ are abusers by highlighting that, in reality, any man could statistically be a potential abuser of women and children”.

“Accordingly, men’s role in addressing the root causes, such as toxic forms of masculinity and the lack of accountability structures for men, is vital,” the statement said.

“The core message is intentionally broad, to reiterate that there is no specific demographic for a perpetrator in terms of race, nationality, occupation or age,” it said.

“While all sectors of society have openly denounced GBV, men are rarely held accountable for their actions. Perpetrators are seldom sentenced for their crimes, and patriarchal structures within South Africa continue to uphold the false belief that men hold more value than women,” the Justice Desk said.

“Therefore, it is assumed that ‘not all men’ have the responsibility to respond to this issue, resulting in a lack of decisive action in addressing the fact that GBV is a man’s issue.

“As The Justice Desk, we believe it is both unreasonable and unacceptable to expect only the female half of the entire population of South Africa to find a solution to GBV, and therefore call on men to play their vital role in ending GBV,” said Jessica Dewhurst, Justice Desk CEO and founder.

The campaign will run throughout the year. An online petition will accompany the campaign at www.justicedesk.org.