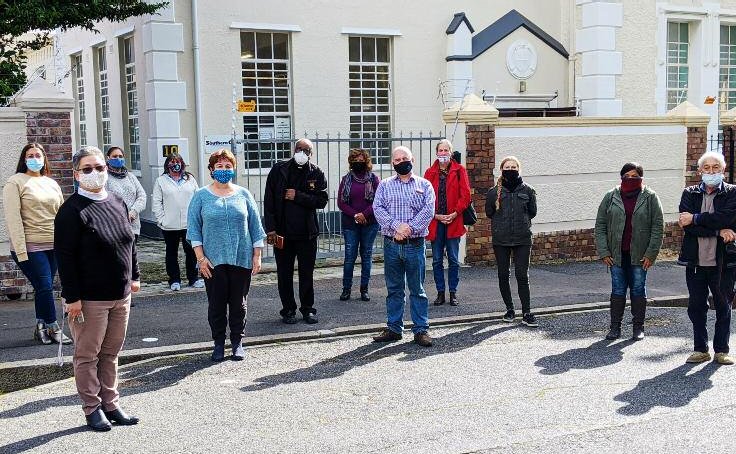 Guest editorial by Rosanne Shields: The grand old lady of Catholic publishing, our beloved Southern Cross newspaper, has been around to observe a world war, Vatican II, the horrors of apartheid, and the transition to a new century.

She has felt bewildered by falling circulation, had to adjust to the digital age, and been let down repeatedly by a failing post office system.

Like all of us, she has made mistakes. But, despite the challenges, she has arrived in Catholic homes every single week, without fail, since October 1920.

Our Southern Cross has given readers a platform to express their views and ask questions, columnists a home for their writing, and it has shone a light on the groundbreaking work being done by ordinary people intent on bringing about justice.

She has provided a valuable space for our bishops to communicate with their people, and carried news coming out of Rome for nine pontificates.

In 1995 she was “laicised”, appointing her first lay editor, Michael Shackleton, followed in 2001 by Günther Simmermacher. Between them they have served her as editors for a quarter of her life. At a time when we are all called to break the hold of clericalism on the Church, this is an important achievement.

First with Mr Shackleton, and then Mr Simmermacher, the paper thrived as its content and appeal broadened. Mr Simmermacher was the first professional journalist to be appointed as editor and has steered the paper through the shifting sands of modern media, having to adapt to “going online”.

He approaches his work as a ministry, with a deep faith and total commitment to sharing God’s message of love and hope with readers. It is his legacy that The Southern Cross is well respected, here and abroad.

After he retired in 2001, Mr Shackleton stayed on as consulting editor, making sure that the Church’s theology, doctrine and social teachings were always accurately reflected, while different viewpoints were explored, as they should be in any Church that is alive. His contribution to The Southern Cross has been long and distinguished and we thank him for this. 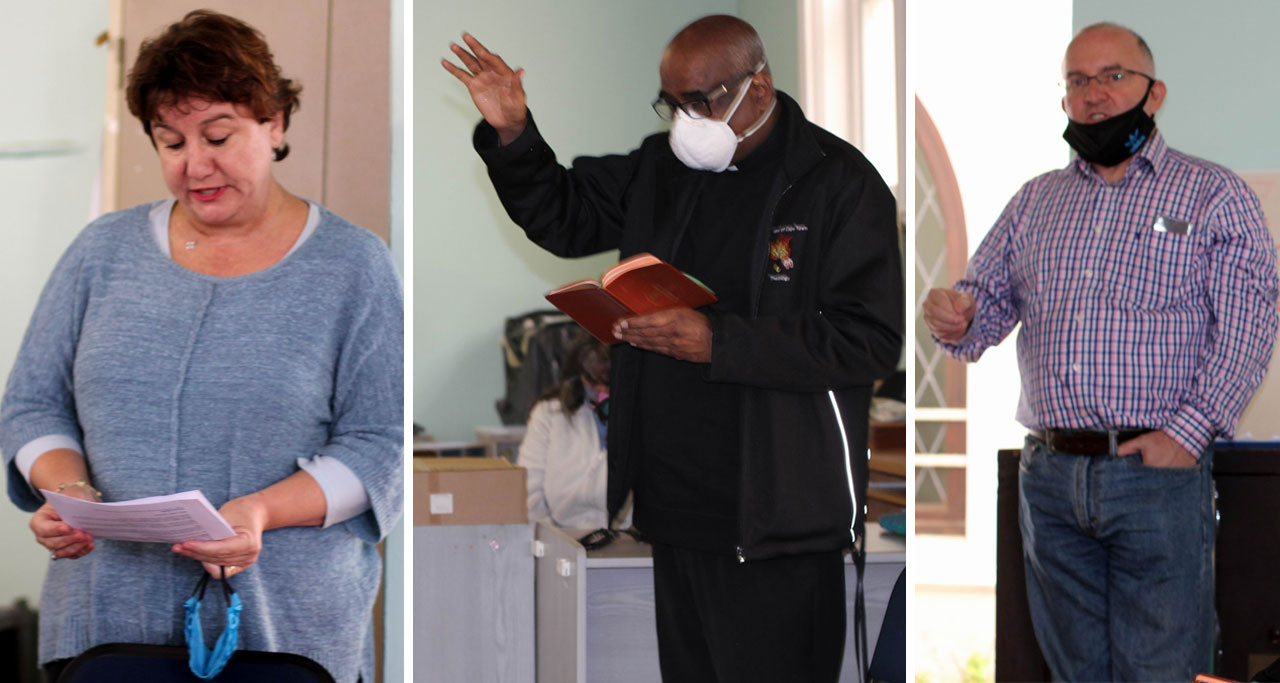 Rosanne Shields, Bishop Sylvester David and Günther Simmermacher attend a blessing of the outgoing staff of The Southern Cross at a farewell function on July 29, 2020. (Photos: Sydney Duval)

For the last ten years Mr Simmermacher has been assisted by our digital editor, Claire Allen, who through sheer hard work and determination has dragged us into the 21st century. We would not have a thriving website and Facebook page, in particular, without her contribution.

Often behind every great woman is another great woman—in this case Pamela Davids, who joined the administrative staff in December 1973 and ended up doing a stint in every position within the business team, culminating in running this department since 1995. Ms Davids has made personal sacrifices for the company that have literally kept it afloat.

These three former staff members will continue to work on a freelance basis to produce a weekly edition of The Southern Cross online and then to launch the monthly magazine later in the year. As a board we thank them and pledge our support.

Huge thanks must now go out to the rest of The Southern Cross team who finished their jobs on July 31: Mary Leveson after seven years and Erin Carelse after three years as indispensable members of the editorial team; Michelle Perry after five years of handling dispatch and subscriptions; Yolanda Timm after four years of securing advertising; Jean van der Westhuizen as office assistant for 11 years.

Special thanks to Desirée Chanquin after 19 years of service in accounts.

These six women have nurtured our newspaper, protected it when the post office collapsed, solved queries, answered requests, and shared their faith through their work. May God guide and protect them.

The Southern Cross has had to put up with some inexplicable behaviour, such as a lack of cooperation in promoting the paper, or some in Church leadership taking offence at viewpoints which they didn’t share. It seems that, like the faithful women of the Church, she must simply be there when needed, working away, but must not expect to be supported adequately.

Well, this old lady may be ailing at present, infected with the coronavirus, but fortunately she will recover. This she will do with the support of loyal readers, associates, donors and advertisers, and above all, God’s helping hand and the intercession of Mary, our Mother.

Rosanne Shields chairs The Southern Cross’ board of directors.