Vatican: Baptisms That Use A Modified Formula Are Not Valid 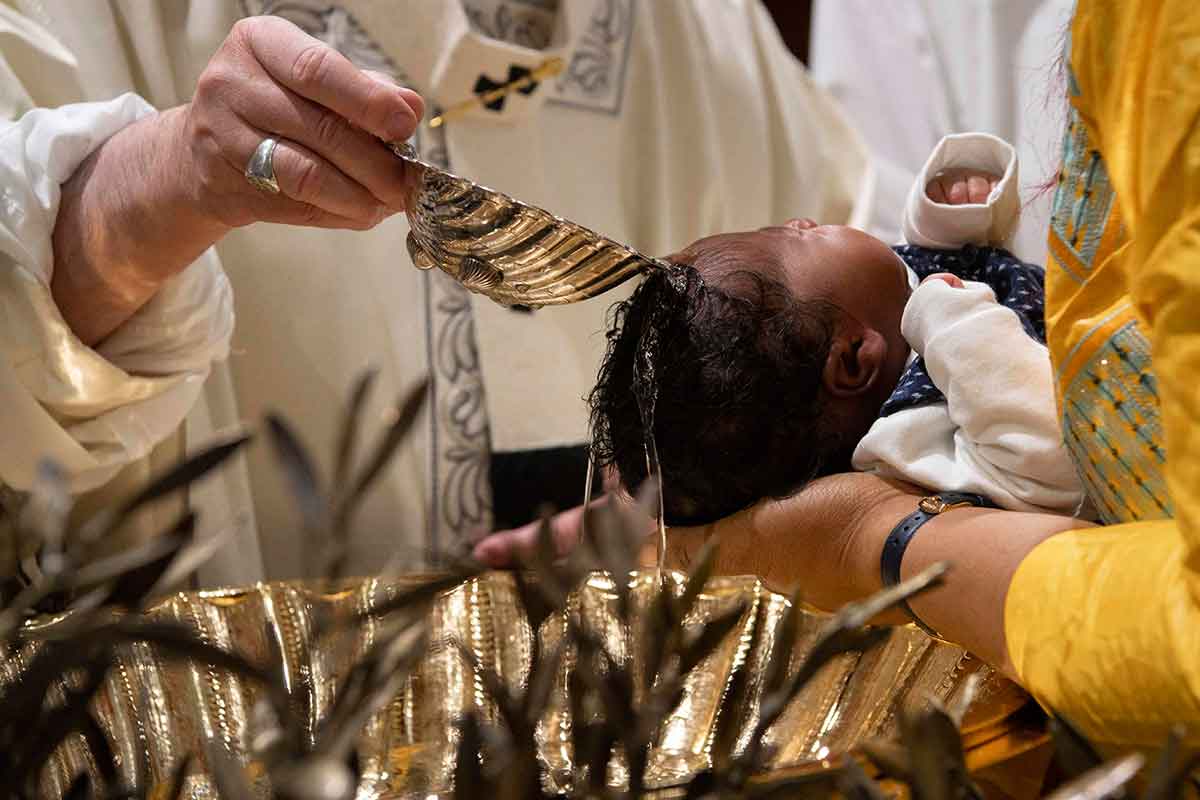 By Carol Glatz – Changing the words of the formula for baptism render the sacrament invalid, said the Congregation for the Doctrine of the Faith.

Specifically, a baptism administered with the formula “We baptise you…” instead of “I baptise you in the name of the Father and of the Son and of the Holy Spirit” is not valid because it is the person of Christ through the minister who is acting, not the assembly, the congregation said.

The doctrinal congregation’s ruling was published on August 6 as a brief response to questions regarding the validity of baptisms using that modified formula.

The congregation was asked whether a baptism was valid if it had been performed with a formula that seeks to express the “communitarian significance” and participation of the family and those present during the celebration.

A baptism administered with this kind of modified formula is not valid, the congregation said, and the baptisms would have to be redone for those individuals who had been baptised with the improvised wording.

The correct formula in the Rite of the Sacrament of Baptism spoken by the bishop, priest or deacon is: “I baptise you in the name of the Father, and of the Son, and of the Holy Spirit.”

The doctrinal congregation said modifying “the form of the celebration of a sacrament does not constitute simply a liturgical abuse, like the transgression of a positive norm, but a ‘vulnus’ (wound) inflicted upon the ecclesial communion and the identifiability of Christ’s action, and in the most grave cases rendering invalid the sacrament itself”.

The changes to the formula seem to have been made to emphasise the communal aspect of baptism and the participation of those present as well as “to avoid the idea of the concentration of a sacred power in the priest to the detriment of the parents and the community that the formula in the (Roman Rite) might seem to imply”, it said.

Instead, such changes have “debatable pastoral motives” and the formula handed down by tradition remains fundamental because “the sacramental action may not be achieved in its own name, but in the person of Christ who acts in his church, and in the name of the Church,” it said.

“Therefore, in the specific case of the sacrament of baptism, not only does the minister not have the authority to modify the sacramental formula to his own liking,” it said, “but neither can he even declare that he is acting on behalf of the parents, godparents, relatives or friends, nor in the name of the assembly gathered for the celebration.”

“When the minister says, ‘I baptise you …’ he does not speak as a functionary who carries out a role entrusted to him, but he enacts ministerially the sign-presence of Christ,” it said.

It is really Christ himself who baptises and has the principal role in the event being celebrated, it said.

The temptation to modify the sacramental formula “implies a lack of an understanding of the very nature of the ecclesial ministry that is always at the service of God and his people and not the exercise of a power that goes so far as to manipulate what has been entrusted to the church in an act that pertains to the tradition”, it said.