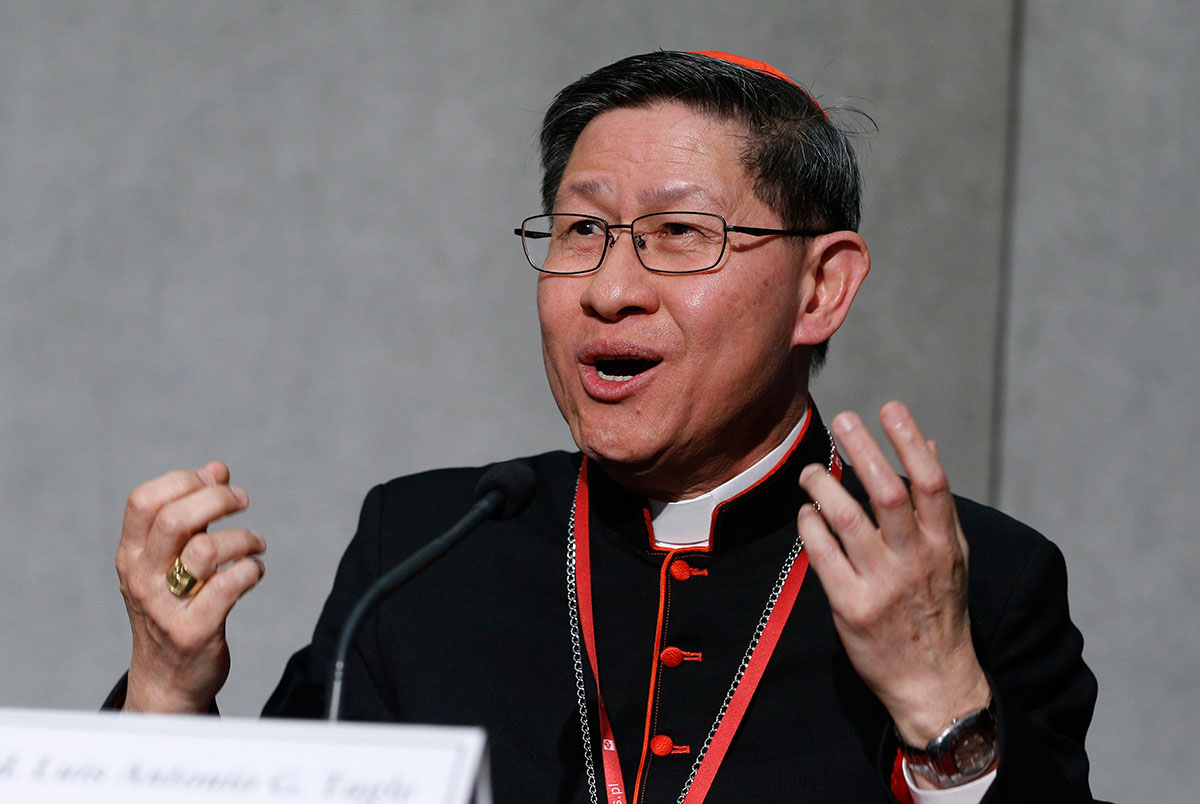 Cardinal Luis Antonio Tagle, prefect of the Congregation for the Evangelisation of Peoples, has recovered from COVID-19. (CNS photo/Tyler Orsburn)

After two weeks of quarantine and a test indicating he no longer is positive for the Covid-19 virus, Cardinal Luis Antonio Tagle said he had experienced firsthand the importance of feeling connected to God, to others and to creation.

“Your existence depends on a rediscovery of the reality that you are not alone, you are always connected,” he said, giving an online keynote address to the congress of the Philippines’ Catholic education association.

Cardinal Tagle, prefect of the Congregation for the Evangelisation of Peoples, was tested for the virus September 7 before flying from Rome to Manila for the celebration of his mother’s 90th birthday. But arriving at the airport on September 10, he tested positive and was required to quarantine.

It was a time of “fear” and “anxieties,” he said, although he was asymptomatic the entire time. He took another test on September 23, which was negative.

“But getting out of the quarantine, I realised that, really, for you to survive, you need a deep, deep sense of interconnectedness,” he said. “Your enemy will be that you are isolated, that you are a threat now” to the health of others.

Cardinal Tagle said he is grateful “to the many, many people” who sent him messages and offered prayers for him.