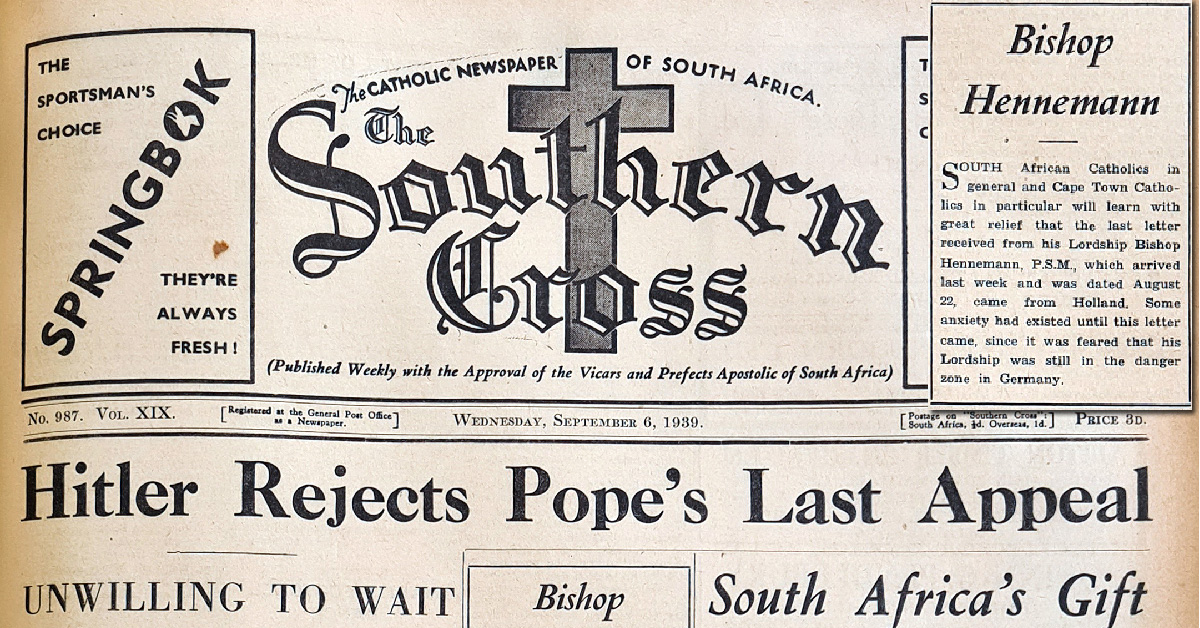 Interventions by Pope Pius XII to prevent war have proved fruitless. Pope Pius had asked Hitler to wait for 14 days before invading Poland, confident that an agreement could be brokered. “Hitler quite obviously did not want a peaceful solution. Nothing but a war of conquest would satisfy this madman,” The Southern Cross writes. South African Catholics meanwhile should support the cause of the “allied democracies” as a “just war”, whatever the government’s loyalties.

Bishop Francis Hennemann of Cape Town is safe! It was feared that he was still in the German danger zone, but a letter from Holland dated August 22 arrived in Cape Town last week. (Clearly, South African postal services in the age of Fokker air travel were more efficient then they are today.)

Some 20 000 cheering people in a baseball stadium in Montreal, Canada, witnessed a ceremony in which 105 couples got married.

In his editorial, Mgr John Colgan writes that “a Europe dominated by the spirit which begot the Berlin-Moscow Pact [of non-aggression between Nazi Germany and the Soviet Union] would be a Europe which Christianity would have to begin to civilise all over again”.