How We Choose Sides 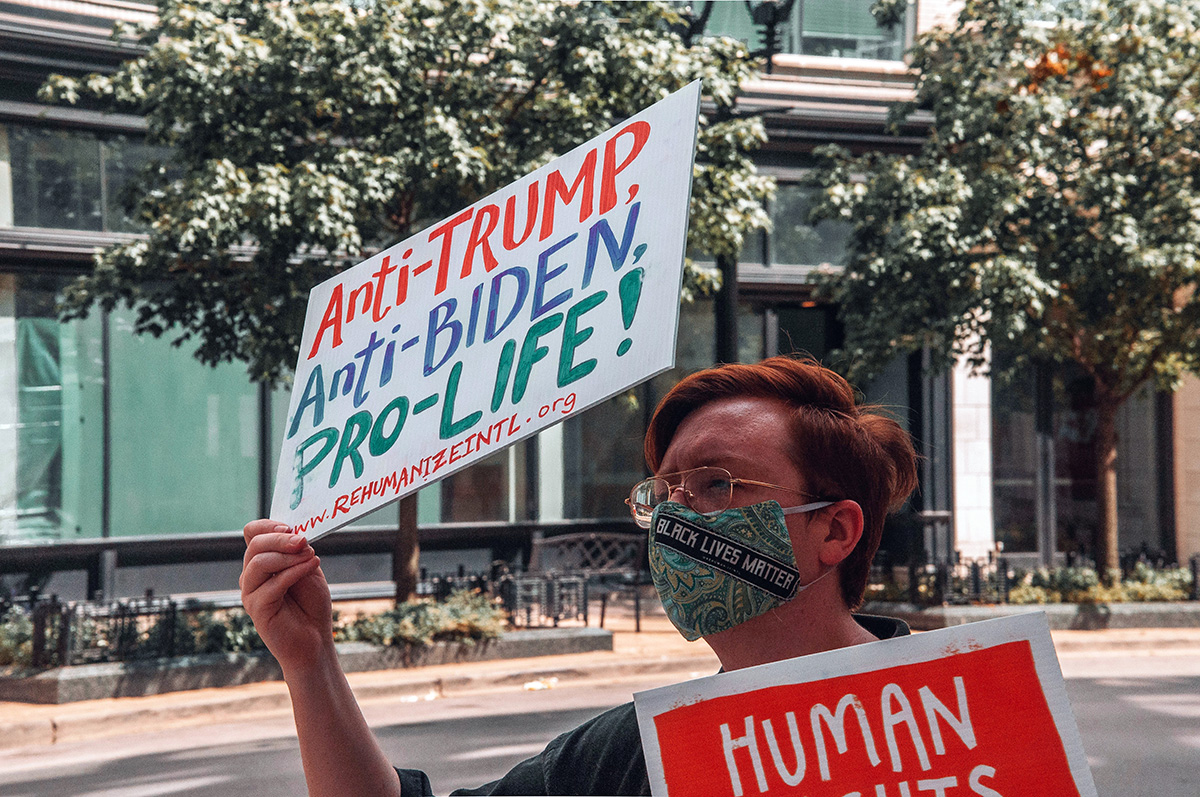 One effect of the pervasiveness of social media has been the globalisation of opinion. With Facebook, Twitter and US news channels freely available, the US election is a matter of broad interest to many in South Africa.

Too often, however, Facebook and Twitter and the other platforms are impoverishing rather than sharpening our collective analytical skills.

This is true for all politics in a time when selective news, fake news, gratuitous sloganeering and combative arguments are poisoning the public discourse.

Entrenched partisanship is an obstacle to the kind of reflective thought the Church is calling is to. Rather than being on Team Trump, Team Biden, Team Ramaphosa, Team Ace, Team Malema or Team DA, the teachings of the Catholic Church counsels us to discernment.

We are asked by the Church to study issues at hand, analyse them, arrive at positions that serve the greater good, and direct our political support towards political candidates who best (or least worst) meet these needs.

What these positions and needs are may depend on our political temperament, moral compass, economic priorities and non-negotiables.

So for some, the discernment process may be limited to just a few issues, or even one, such as abortion or social justice.

Ideally, the Church guides us to consider a breadth of issues, with some weighing more than others. Almost invariably, those who give such things honest and due thought will find that no party and no candidate is in complete accord with the teachings of the Church.

Some candidates or parties may be more in violation of these teachings than others, but none will ever satisfy all that the Church demands.

This was true even of Italy’s Christian Democracy Party, which enjoyed the explicit support of Church leaders, including popes. Eventually it collapsed under the weight of its own corruption and division (an instructive history for the ANC).

It is precisely because there are no political parties and politicians who meet all the demands of the Church’s teachings that the Catholic Church and its representatives in democracies cannot endorse, or be seen to be endorsing, one candidate over the other.

This is even more imperative when a candidate or party is riddled with moral failures, corruption, bigotry, iniquitous policies and so on.

As the presidential election campaign officially kicked off with the conventions for the two candidates, Donald Trump and Joe Biden, the partisanship within the Church moved into the spotlight.

The Democrats had Jesuit Father James Martin pray at their convention; the Republicans had Cardinal Timothy Dolan of New York, who earlier this year unambiguously stated his support for Mr Trump.

Both clerics have large public support, and even if the purpose of their appearances at the conventions was to pray, by their presence they also became part of the political canvassing.

The difference is that Fr Martin speaks for few individuals; Cardinal Dolan officially represents an archdiocese and, indeed, a rank of clergy. His participation in a political party convention was an act of partisanship.

It seems a good time for the US bishops’ conference to consider an option whereby one cleric is mandated to offer prayers on behalf of the Catholic Church at the conventions of both parties. This would put at least one burning problem of partisanship to rest.

Also unseemly were some aspects of Sr Deirdre Byrne at the Republican convention. She appeared as a speaker endorsing Mr Trump, whom she is, of course, free to support.

One may agree or disagree with her on matters of policy — as one might with those held by Sister Simone Campbell, who spoke at the Democratic convention — but it was improper of Sr Byrne to invoke the rosary as part of her political campaigning.

By effectively brandishing the rosary on behalf of Donald Trump, she did not witness her faith. Sr Byrne did the opposite: she instrumentalised the rosary as a political weapon.

Every Catholic should be scandalised by that, and by any misuse of our faith and its external expressions for party political purposes.

Our political positions should be shaped by the wealth and breadth of Catholic teachings. If they aren’t, then we have work to do, as a Church and on ourselves.