Pope Prays for Slain Italian Priest – a ‘Martyr of Charity’ 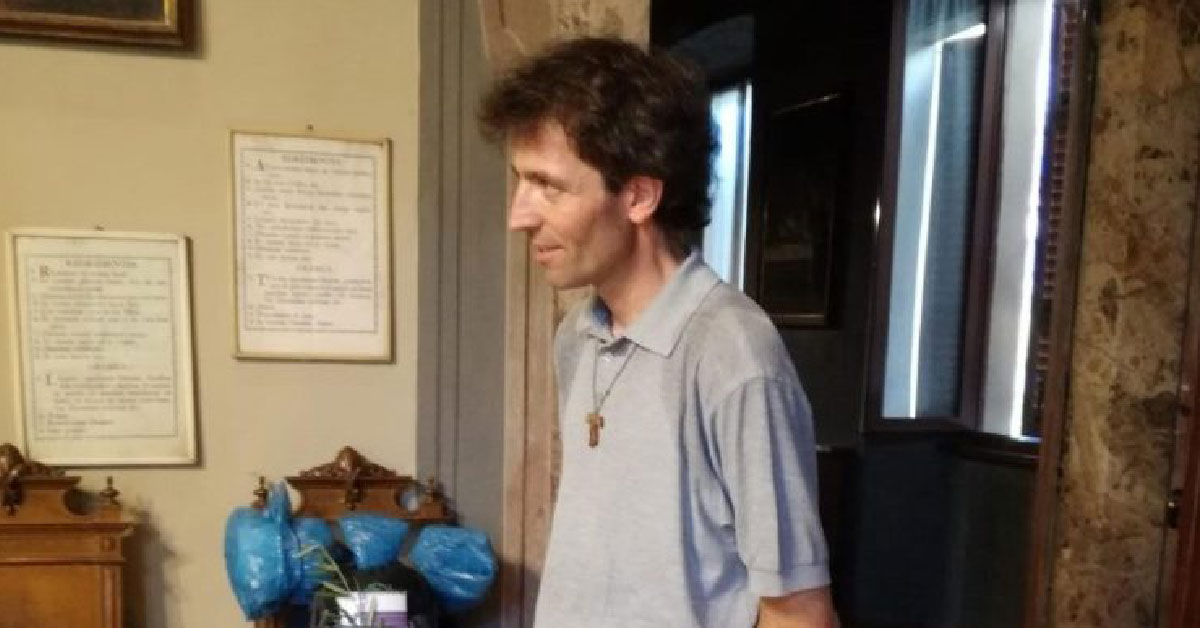 By Junno Arocho Esteves –  Pope Francis expressed his sorrow after the murder of an Italian priest who was remembered for his care and concern for migrants and refugees.

Before concluding his weekly general audience on September 16, the pope led the faithful in silent prayer for Father Roberto Malgesini, a priest from the Diocese of Como, who was killed on September 15.

According to Avvenire, the daily newspaper of the Italian bishops’ conference, Father Malgesini, 51, was stabbed to death by a mentally ill homeless man he was helping.

Shortly after the priest’s body was found, Bishop Oscar Cantoni arrived at the scene and blessed the deceased priest’s body before it was taken by authorities. In a statement released later that day, Bishop Cantoni said Father Malgesini was a “martyr of charity.”

Echoing Bishop Cantoni’s sentiments, the pope said he was united “in sorrow and prayer with Father Malgesini’s family and the community of Como.”

“I give thanks for the testimony – that is, martyrdom – of this witness of charity toward the poorest. Let us pray in silence for Father Roberto and all the priests, sisters, lay men and women who work with needy people, those discarded by society,” the pope said.

Avvenire reported that several volunteers and migrants helped by Father Malgesini were the first to find his body in the street. The slain priest’s body was taken away amid tears and applause from those he helped, many of them remembering how the priest aided them in their most dire need.

“He was like a father to me; when I arrived from Romania, alone, without a house or work, he was the first one who helped me,” Gabriel Nastase told Avvenire. “I found a job later, but I always stayed in contact with him. If I needed medicine, if I needed to be accompanied to a (doctor’s) visit, I would call him. He didn’t deserve to die like that; I hope there is justice.”

In a statement published September 15, the Italian bishops’ conference offered its condolences to the Como diocese.

Father Malgesini, the bishops’ conference said, “was a ‘saint next door’ because of his simplicity, the love which he gave to everyone, the appreciation he received from so many people – even non-believers or non-Christians – and for the fraternal and supportive help he wanted to give to everyone.”