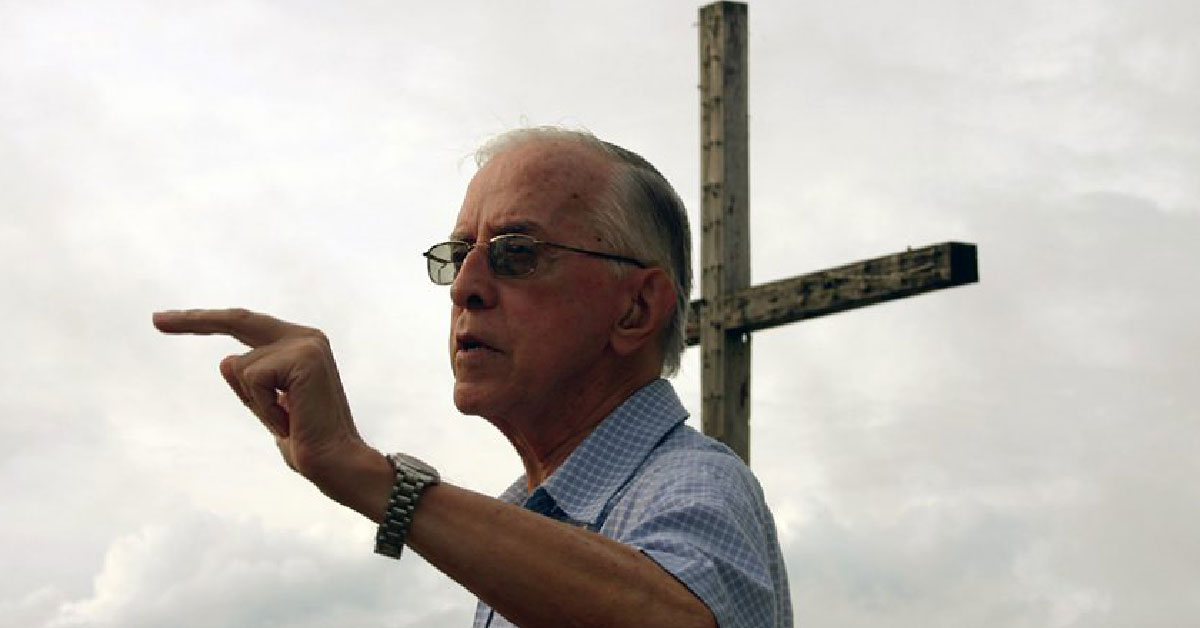 By Fr Mokesh Morar – Last month saw the passing of a truly remarkable Church leader who stood up against the systematic violence of the state and land barons in Brazil on the side of the indigenous and poor people.

Bishop Pedro Casaldáliga, who was born in Spain in 1928, died on August 8 in Brazil.

The Casaldáliga family owned a large farm near Balsareny in the Spanish region of Catalonia, where Pedro grew up during the civil war, the Revolution of 1936 and the fascist dictatorship of General Francisco Franco, supported by Hitler and Mussolini.

The rather well-off family supported right-wing politics, and his uncle, a priest, was killed with two companions by the communists.

After his ordination as a priest in 1952, Fr Pedro ministered among Barcelona’s migrant communities, and in the “Spanish” Guinea and the “Belgian” Congo, during the “awakening of Africa”. Here he learnt much about the Church of the poor during the good days of Vatican II.

Fr Pedro accepted an assignment as a “missionary” in 1968 to the north-west corner of Mato Grosso in Brazil, a region that includes the Amazonia between the Araguaia and Xingu rivers.

First staying in a mud hut and during his initial visits, he’d recall, “we began to sense the problem of land”. People came from other parts of Brazil “that had already been eaten up by the latifundia”— the big, landed estate-companies. Fr Pedro and his fellow missionaries were living the sensation of poverty, human injustice and abandonment by the government.

The small group built a pastoral formation centre, along the lines of Paulo Freire’s method, and also a clinic, run by religious Sisters. The clinic was later destroyed by government supporters.

As a pastor, Fr Pedro wrote a report: “Slavery or Feudalism in Northern Mato Grosso”, exposing the killing of manual labourers, land activists and even Church workers.

These social conflicts between the rich land-grabbing farming companies—supported by the Brazilian military and police—and the poor, exposed the violence done in the name of an economy of “development and progress” that exported (and still exports) resource minerals and beef to the US and Europe.

At a seminar in August 1971 organised by Church leaders in Rio de Janeiro, the newly-appointed Bishop Casaldáliga insisted “on the danger of setting a higher value on the Transamazon [highway] than on the Amazonian itself”.

This was a concern expressed by Pope Francis more than 40 years later.

Casaldáliga was ordained a bishop on the October 23, 1971, the first prelate of São Félix, where the Tapirapé native Americans struggled against encroachment and loss of their lands and lifestyle.

In a very simple ceremony on the banks of the Araguaia river, he took as his episcopal emblems the sertanejo straw hat of local people as mitre and boat paddle as his crozier.

Pope Paul VI gave a special ring to the bishops at Vatican II, and Casaldáliga got a copy of it as bishop. He sent it to his mother in Spain, “as an act of filial love”.

Option for the poor, oppressed

Preaching at his episcopal ordination, he proclaimed “once more—but more publicly and definitively—my option for the poor and the oppressed”, illuminating what drove him to be more involved in the class-struggle and challenging the government.

In his personal testimony, titled I Believe in Justice and Hope and published in 1978, Casaldáliga wrote that from the poor and oppressed, “I became increasingly aware of the duty, the bitterness and the unifying force of the problem of land. This word—land!—began to grow within me, like a crime, like a plan. It became something holy and urgent, like the Gospel.”

Casaldáliga also said that he discovered from the young students, “with renewed intensity, that the structures of capitalism (economic, political, or spiritual) are a form of idolatry, a state of sin and death”.

At his ordination as bishop he launched his pastoral letter, titled “An Amazonian Church’s Struggle against Landed Estates and against Social Marginalisation”. It was banned by Brazil’s federal police.

After three years of “mission” in the north of Mato Grosso, together with other priests, religious and laypersons, he stated: “I have striven in word, in silence, in suffering, and in the life of the people, to discern the signs of the time and the place. I feel the need and the duty to share publicly, on a nationwide level, with the Church and with conscientious people everywhere, the anguish and urgent situation I have discovered.

“I am doing it to seek and to promote—again, within the framework of the Church—a deeper sense of communion, a truer collegiality, and more committed coresponsibility.”

Bishop Casaldàliga was a frequent target of death threats and even assassination attempts. In 1993 landowners hired gunmen to kill him. In December 2012, seven years after he retired as bishop, he had to flee his home and go into protective custody for two months after he received death threats from landowners.