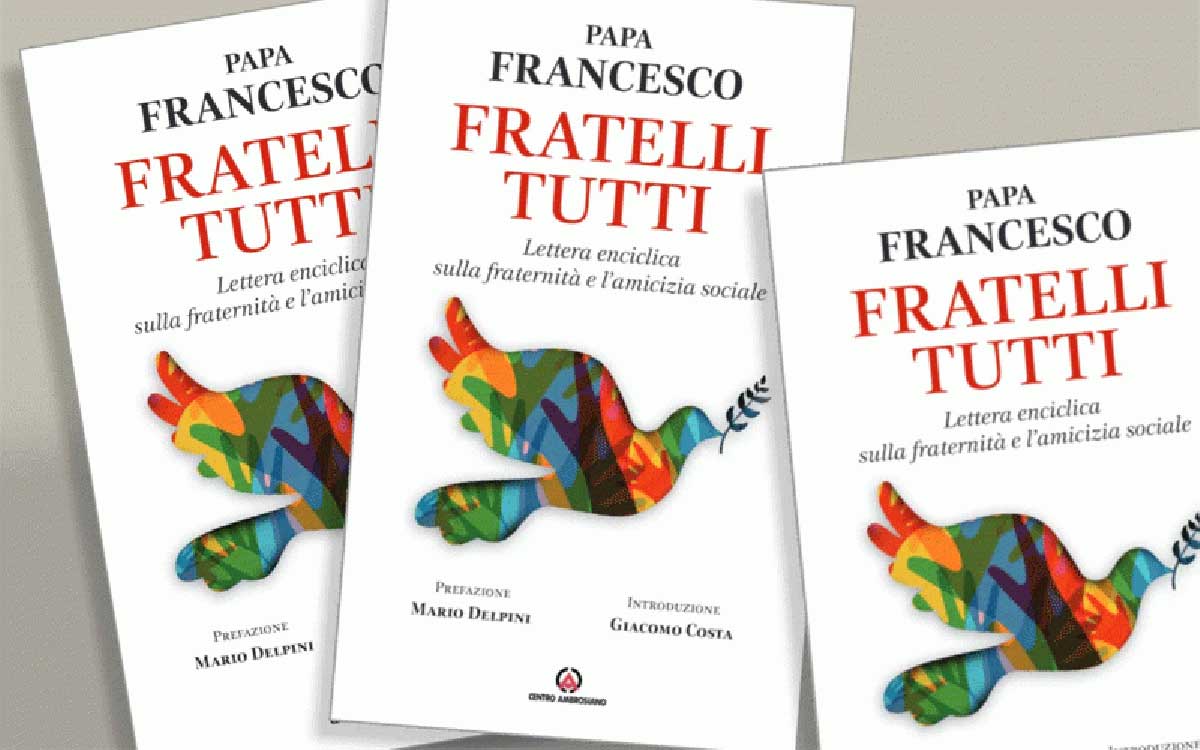 By aciafrica – The leadership of the Symposium of Episcopal Conferences of Africa and Madagascar (SECAM) that brings together Catholic Bishops in Africa has welcomed the latest Encyclical of Pope Francis, Fratelli Tutti, as a document that provides for an end to ethnic divisions in and outside the Church in Africa.

In a communique shared with ACI Africa on Thursday, October 8, the leadership of SECAM says that the Holy Father’s Fratelli Tutti is also a call “to work assiduously for religious freedom.”

In the communique to the people of God in Africa and Madagascar, the President of SECAM reiterates Pope Francis’ message as a reminder for the Church in Africa “to encourage reconciliation and true communion between different ethnic groups.”

“For us in Africa and Madagascar,” the President of SECAM, Philippe Cardinal Ouédraogo says in his message dated October 6, Pope Francis’ Encyclical, Fratelli Tutti, “reminds us of the need to intensify efforts towards building up the Church as Family, avoiding all ethnocentrism and excessive particularism.”

Instead, Cardinal Ouédraogo further says, the Encyclical encourages the people of God in Africa and Madagascar to strive toward “reconciliation and true communion between different ethnic groups, favouring solidarity and the sharing of personnel and resources among the particular Churches, without undue ethnic considerations.”

He notes that real brotherhood or friendship that the Holy Father talks about in the Encyclical will be concretised, “not simply by words, but by selfless deeds and noble conduct on the part of all human beings.”

The brotherhood, the Burkinabé Cardinal emphasises, will be realised “by responsible leadership, within and outside the Church, leadership that serves the common good and places the dignity and welfare of every human being at the centre.”

“As already underlined by Pope Francis, the time has come; to break totally with personal interests and cultural barriers, fixed ideological beliefs, religious persecution and radicalised religion; to end terrorism everywhere in the world, and to work assiduously for religious freedom,” the representative of the Catholic Bishops in Africa says.

He adds, “There are too many people left half-dead in many corners of the globe. So, the time has come to emulate the radiant example of the Good Samaritan.”

The Cardinal stresses the significance of Pope Francis’ call on human beings everywhere in the world for renewed commitment to universal brotherhood, friendship, solidarity and peaceful co-existence in the new Encyclical published on Sunday, October 4.

In the Encyclical, Pope Francis urges people of good will to promote fraternity through dialogue, renewing society by putting love for others ahead of personal interests.

“Fratelli Tutti,” the text’s opening phrase, means “All brothers” in Italian. The words are taken from the writings of St. Francis of Assisi, to whom the Holy Father paid tribute at the beginning of the Encyclical, describing him as the “saint of fraternal love.”

While introducing the Encyclical, Pope Francis noted that signs of the times clearly show that human fraternity and the care of creation form the only path towards integral development and peace.

The Holy Father announced that he would be giving out copies of the Encyclical, printed in a special edition of L’Osservatore Romano, to pilgrims present for the Angelus.

In his October 6 message, Cardinal Ouédraogo says Covid-19 pandemic has established that no one can face life in isolation and underscores the need for people to identify themselves as a single human family and true brothers and sisters of the one Father, God.

The Archbishop of Burkina Faso’s Ouagadougou Archdiocese goes on to make reference to Pope Francis’ Second Encyclical, Laudato Si’ saying in the 2015 document, the Holy Father demonstrated “our interconnectedness beyond human beings to embrace the Earth, our Mother and Sister.”

The Cardinal also quotes St. John Paul II who had earlier said, “It is building the communion of love that the Church appears as ‘sacrament’; as the sign and instrument of intimate union with God and of the unity of the human race.”

“To make the Church the home and the school of communion: that is the great challenge facing us in the millennium, which is now beginning, if we wish to be faithful to God’s plan and respond to the world’s deepest yearnings,” the President of SECAM continues, quoting St. John Paul II.

He says that the people of God in Africa and Madagascar join Pope Francis “to earnestly plead for intensified efforts towards true brotherhood, solidarity, dialogue, mutual acceptance, trust and support, which are crucial values for our current world visibly divided along cultural, religious, social, political and ideological lines or principles.”

According to Cardinal Ouédraogo, genuine fraternity is an appropriate response to the challenges posed by Covid-19.

The Cardinal calls on all the people of God in Africa and the surrounding Islands not only to study the Encyclical, Fratelli Tutti, diligently but also respond to it positively in family, cultural, religious, political, social and business circles. – aciafrica