Exorcisms and the popes: Stories from inside the Vatican 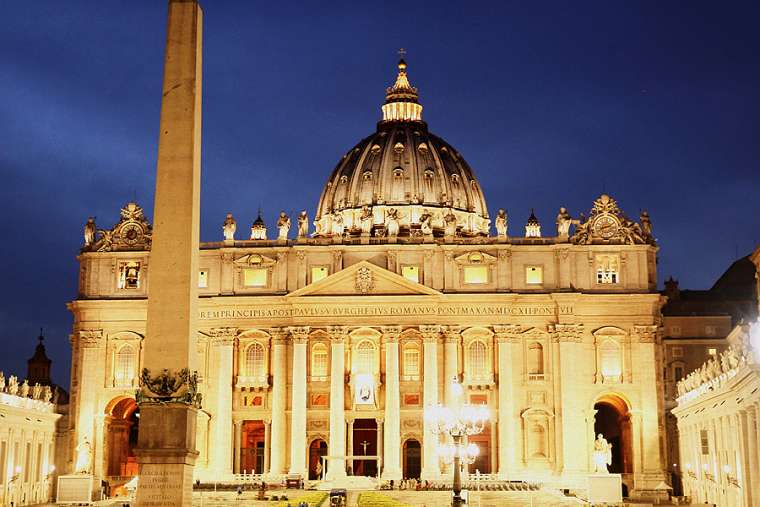 It is a core tenet of the Catholic faith that demons are real, and as said in the St. Michael prayer, that they “prowl about the earth seeking the ruin of souls.”

As a lifelong Catholic, Italian journalist Fabio Marchese Ragona has always believed this. But he did not know he would one day write a book about it — until he witnessed an exorcism with his “own eyes” and a priest asked him to write about what he saw and learned.

“Many people think the devil is an invention of marketing,” Ragona told CNA. He wanted to tell the stories of real possessions and exorcisms not only to underline the reality and existence of Satan, but to show that “even our neighbour” can have problems with the demonic, he said.

In “My Name is Satan: Stories of Exorcisms from the Vatican to Medjugorje”, Ragona talks to exorcists to answer questions about the phenomenon and the Church’s response, and he tells the stories of ordinary people – plus cases that went all the way to the Vatican.

“Even the popes have performed some exorcisms, and some cardinals too,” Ragona said.

A story Ragona gives evidence for in his book is Venerable Pius XII’s attempts at exorcising Hitler.

“The concern of the Pope, according to witnesses, was also that of averting the protracted massacre against the Jews,” Ragona wrote. “And, perhaps driven by desperation, he had also attempted the extreme card of the ritual of liberation from the devil against the Fuhrer. An attempt that, however, did not have the desired effect.”

Famed Rome exorcist Fr. Gabriele Amorth, who died in 2016, told Vatican News in a 2006 interview he believed Hitler and the Nazis had been diabolically possessed.

“The Nazis were all possessed. All you have to do is think about what Hitler — and Stalin did,” Amorth said. “Almost certainly they were possessed by the Devil.”

Amorth, who was an exorcist in the Vatican for over 20 years, explained in that interview that a requirement for an exorcism is that it be carried out in the physical presence of the possessed person and with their consent, so “it’s very rare that praying and attempting to carry out an exorcism from a distance works.”

“Therefore trying to carry out an exorcism on someone who is not present, or consenting and willing would prove very difficult,” he said.

But that was not the only exorcism Pius XII attempted to carry out from the Vatican. Ragona told CNA that when researching his book, he uncovered documents showing the pope had also attempted an exorcism of sorts on the Italian Communist Party on the eve of the 1958 election.

Pius XII hoped to prevent the anti-Catholic communist party from winning the election. Almost a decade earlier, he had approved a decree from the Vatican’s doctrinal office declaring membership or support of the Italian Communist Party illicit for Catholics.

In a 1969 report, Pius XII’s nephew wrote that his uncle had been very anxious and had difficulty sleeping in the days leading up to the election. “In the three preceding days he also performed exorcisms,” Carlo Pacelli stated. He also noted that Pius XII had been praying and offering sacrifices and suffering for a good outcome to the election for three months before the vote.

In this case, the pope’s prayers were answered. The communist party lost the election to the Christian Democratic Party.

Ragona said he spoke to several exorcists who said “the devil was terrified of” St. John Paul II and of Benedict XVI.

Though there are personal accounts that the prayers of Benedict XVI may have helped liberate some people from possession, there is no evidence that he, as pope or before, ever carried out the Rite of Exorcism, Ragona said.

However, during Benedict’s pontificate, an elderly Indian cardinal did perform an exorcism in the guardhouse of the Swiss Guards, the book recounts.

A young Italian woman and her friends had attended a Mass offered by Benedict XVI in St. Peter’s Square, “and the devil immediately revealed himself.” As her friends looked for help for the woman together with some young guards, Cardinal Ivan Dias approached. He asked, in a severe tone, for a place to “pray for a soul,” and he was offered the guardhouse, which sits just outside the columns of the square.

According to an eyewitness, after an intense 20 minutes of prayers, the young woman appeared to have been freed, and left.

Benedict XVI, “despite never having received requests for exorcisms … fought against the devil on other planes,” Ragona said. “He fought and prayed for the souls in pain, he wrote and said very strong words, which opened eyes, which unleashed the fury of Satan.”

There is also testimony that St. John Paul II performed at least three exorcisms while pope: in 1982, 1984, and 2000. The book shares details of these moments as witnessed by the pope’s longtime photographer, Arturo Mari, and as testified to by Fr. Amorth.

According to reports, those of 1982 and 1984 were effective in permanently liberating the young women. But a third, which took place outside St. Peter’s Square after one of John Paul II’s general audiences in 2000, had some good effect, but did not succeed in liberating the girl, wrote Amorth.

“When he was still alive, John Paul II, in addition to practising exorcisms, represented with his prayer a great disturbance for the father of lies,” Ragona wrote, “the devil, in practice, has always hated him and continues to hate him, first as Pope, now as a saint.”

Ragona told CNA Pope Francis has never performed the Rite of Exorcism while pope, but he has prayed for the liberation of a possessed Mexican man, Angel V., who asked for his prayers.

Pope Francis’ first encounter with Angel was in May 2013. After offering a Mass in St. Peter’s Square, the pope went to greet the sick, including Angel. The man was accompanied by a priest, who explained to Francis that Angel was possessed by demons and in Rome for an exorcism. Pope Francis put his hand upon the man and prayed for him.

The man underwent several exorcisms in Rome but was not able to be liberated from the demons possessing him.

In 2015, Angel wrote to Pope Francis, recounting his story and asking for his prayers. Angel asked the Holy Father to let him know the time and day he would pray for him, so that he could undergo another exorcism in Mexico with the additional power of the pontiff’s prayers.

Ragona wrote that according to Angel’s spiritual director, he is not yet free of the four demons possessing him, but he is “a little better.” More than one exorcist has said the demons communicated during exorcisms they would not leave Angel until abortion is legalised throughout Mexico, but Ragona points out in the book that the demons may be lying. They also said Angel would be liberated Dec. 8, the feast of the Immaculate Conception, but not in what year.