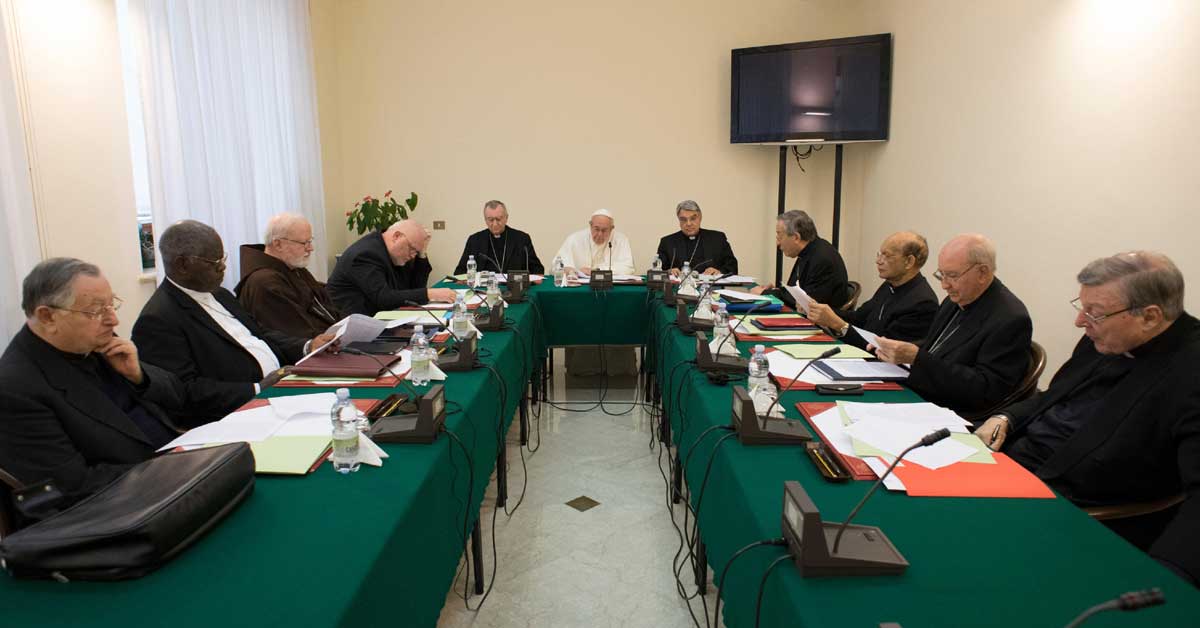 By Cindy Wooden -The Vatican report on Theodore E. McCarrick highlights repeated failures in the process for vetting bishops, a process that often seemed more focused on personal connections and ensuring unquestioned adherence to doctrine than on raising red flags regarding inappropriate or criminal behaviour.

As far back as 1968, when McCarrick was being considered for nomination as an auxiliary bishop of Miami – a position he did not obtain – people who were formally asked about him mentioned his success in previous assignments, his “superior and acute intelligence” and his “loyalty to the church and especially our Holy Father.”

The Vatican report on McCarrick’s rise up the hierarchy of the Catholic Church was released November 10; it provided summaries and direct quotations from statements about McCarrick as a candidate, over the span of 32 years, for the offices of auxiliary bishop, diocesan bishop and archbishop.

“While several informants expressed concern that McCarrick might be overly ‘ambitious’ and while there were rare references to his lack of candour,” the report said, “McCarrick was overwhelmingly considered to be highly qualified to become a bishop” in formal inquiries made prior to his appointment as auxiliary bishop of New York in 1977.

The Code of Canon Law asks bishops of an ecclesial province – an archdiocese and surrounding dioceses — to regularly compose lists of priests who would be suitable candidates to become bishop. When a diocese becomes vacant, the apostolic nuncio uses those lists and recommendations from the conference of bishops to assemble a roster of possible candidates for that position.

In reference to the questionnaires, canon law says, “The pontifical legate, moreover, is to hear some members of the college of consultors and cathedral chapter and, if he judges it expedient, is also to seek individually and in secret the opinion of others from both the secular and nonsecular clergy and from laity outstanding in wisdom.”

Consultation with laypeople is not mandated by canon law, although the Vatican increasingly has encouraged nuncios to send the questionnaires to some laymen and laywomen.

One former nuncio told Catholic News Service that the Vatican expects them to collect responses from at least 25 people, including laity, and he has found that those people take their obligation to respond completely “very, very seriously.”

And, of course, since McCarrick was first considered for a bishop’s post more than 50 years ago, everyone – fellow bishops, priests and laity – has become more aware of the evil of sexual abuse, the patterns of “grooming” that precede it and the serious nature of “boundary violations,” especially when they are not isolated incidents.

The confidential questionnaires have changed over the years, and Pope Francis’ Council of Cardinals has discussed with him further changes to the form and its wording.

The Vatican report on McCarrick cited the main questions that were part of the questionnaire from 1968 to 1977. They include: “Is he devoted to the Holy See and her doctrines? Is his conduct exemplary and above suspicion? Can you give pertinent information regarding his practice of humility, chastity, sobriety and zeal? Is he a man of prayer and solid piety?”

The former nuncio said questions designed to determine a candidate’s “orthodoxy,” particularly in opposition to the ordination of women and optional celibacy for Latin-rite priests and in support of traditional sexual morality, were stronger in questionnaires sent out beginning in the 1990s.

The nuncios use the questionnaires to help them compile a list of three candidates – a “terna” – to recommend for bishop. Usually, the information a nuncio sends the Vatican is about 100 pages, with at least 30 pages on each candidate and the nuncio’s recommendation.

When McCarrick was chosen in 1981 as the lead candidate to be bishop of the new Diocese of Metuchen, New Jersey, “the sole concern referenced in the terna was McCarrick’s ‘obvious ambition to be promoted in the ecclesiastical hierarchy,'” the Vatican report said.

It was not until the mid-1980s that the first anonymous allegations were made regarding McCarrick’s sexual misconduct. And, the report said, it was while he was bishop of Metuchen that he began inviting seminarians to a beach house and regularly having one of the young men share his bed.

In 1986, when it was time to appoint a new archbishop for Newark, the consultation revealed nothing but praise. The report said: “As with his prior episcopal appointments, no informant reported knowledge of sexual misconduct with adults or minors, or any other issues relating to moral conduct. Instead, the informants stated that McCarrick was ‘a very holy bishop’ whose ‘personal integrity’ was ‘above reproach.'”

It was not until 1999, when discussions were underway about potential candidates to be archbishop of New York, that other members of the U.S. hierarchy raised with the nuncio doubts and even cautions about appointing McCarrick. In the end, he was not sent to New York but was sent in 2000 to Washington by St. John Paul II, despite the rumours.

U.S. Archbishop Thomas E. Gullickson, nuncio to Switzerland, told CNS the questionnaire “is not nor should it be the principal means of vetting candidates for the office of bishop. It should be step two after a search has been carried out to locate promising candidates.”

“This is fundamentally where the mechanism fails. People kept recommending McCarrick,” he noted. “The first requests to bishops and people of responsibility in a diocesan church to recommend priests for the office of bishop is the key.”