A Christmas Lesson from Charlie Brown 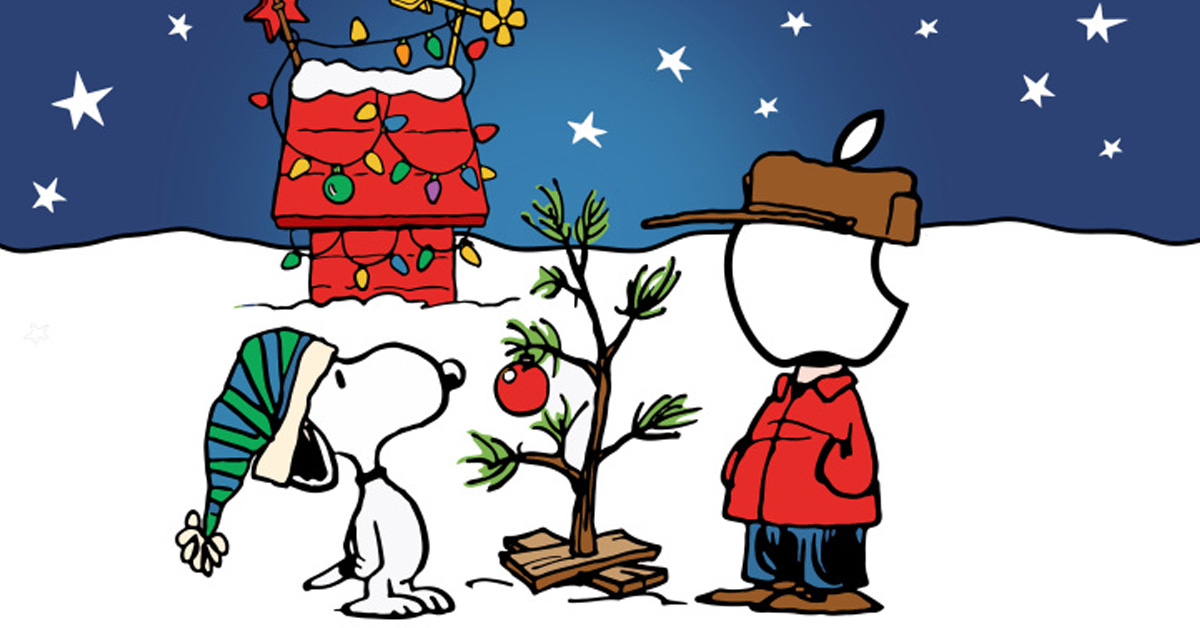 “That’s what Christmas is all about, Charlie Brown.”

For those who grew up with Charlie Brown TV specials, these words from “A Charlie Brown Christmas” resonate. The character, Linus, recites the Nativity story from Luke’s Gospel (2:14) and its angelic message: “… on earth, peace. Goodwill toward men.”

Why so much protest about a TV special that’s run each year for 55 years? It’s been on so often that many people can quote the whole script by heart.

Maybe it’s because, in this time of isolation, when we can’t see the people we usually see at the holidays and do the things we usually do at Christmas, the traditions we can still take part in gain a special lustre. That includes a TV special about returning to basics – to our roots. Even if that means a scrawny, little cartoon Christmas tree that can’t hold a single ornament – at least not until it gets what it needed: “a little love.”

We all need a little extra love this year. This is especially true for those at both ends of the spectrum – the elderly and children.

This is why the Vatican Dicastery for Laity, the Family and Life launched a campaign this Advent to share the gift of wisdom from our elders.

“Today, in the difficult circumstances of a Christmas still overshadowed by the pandemic, we are proposing that young people post on social media a memory, a piece of advice or a ‘gift of wisdom’ they have received from one of the elderly people with whom they have formed a bond in recent months,” the dicastery wrote at the campaign’s November 27 launch. It follows the dicastery’s July efforts when it “collected virtual hugs sent by many young people to both their own grandparents and to ‘adopted grandparents.'”

The idea of both campaigns is to encourage young people to reach out to grandparents and other elderly people, to ease their isolation, but also to create bonds. It all stems from a July 26 Angelus message by Pope Francis addressed to all grandchildren as he spoke of Jesus’ own grandparents, Sts. Anne and Joachim.

“Dear young people,” the pope said, “each one of these elderly people is your grandparent! Do not leave them by themselves. Use the inventiveness of love, make telephone calls, video calls, send messages, listen to them and, where possible, in compliance with health care regulations, go to visit them too. Send them a hug. They are your roots. An uprooted tree cannot grow; it does not blossom or bear fruit.”

Charlie Brown’s tree couldn’t hold decorations until it was surrounded by love. Its roots were too weak. It’s the same with us. We need strong roots to blossom.

So what words of wisdom do you have to share? What wisdom has been shared with you? “Never give up?” “Shoot for the moon and you might hit the barn?” There’s a million – in fact, the number is probably countless.

The Vatican asks people to take the advice, memories and nuggets of wisdom that they collect and post them on social media, using #aGiftOfWisdom. Some will be shared on the dicastery’s social media at @laityfamilylife.

Poor Charlie Brown. He was so upset by Christmas commercialism that he cried out: “Isn’t there anyone who knows what Christmas is all about?”

There sure is, Charlie Brown. They’re just waiting to be asked – about Christmas, about faith, about love and hope. So start asking.

“A lesson from Charlie Brown” published Dec. 8 on the website of The Compass, newspaper of the Diocese of Green Bay, Wisconsin. It was written by Patricia Kasten, the newspaper’s associate editor.