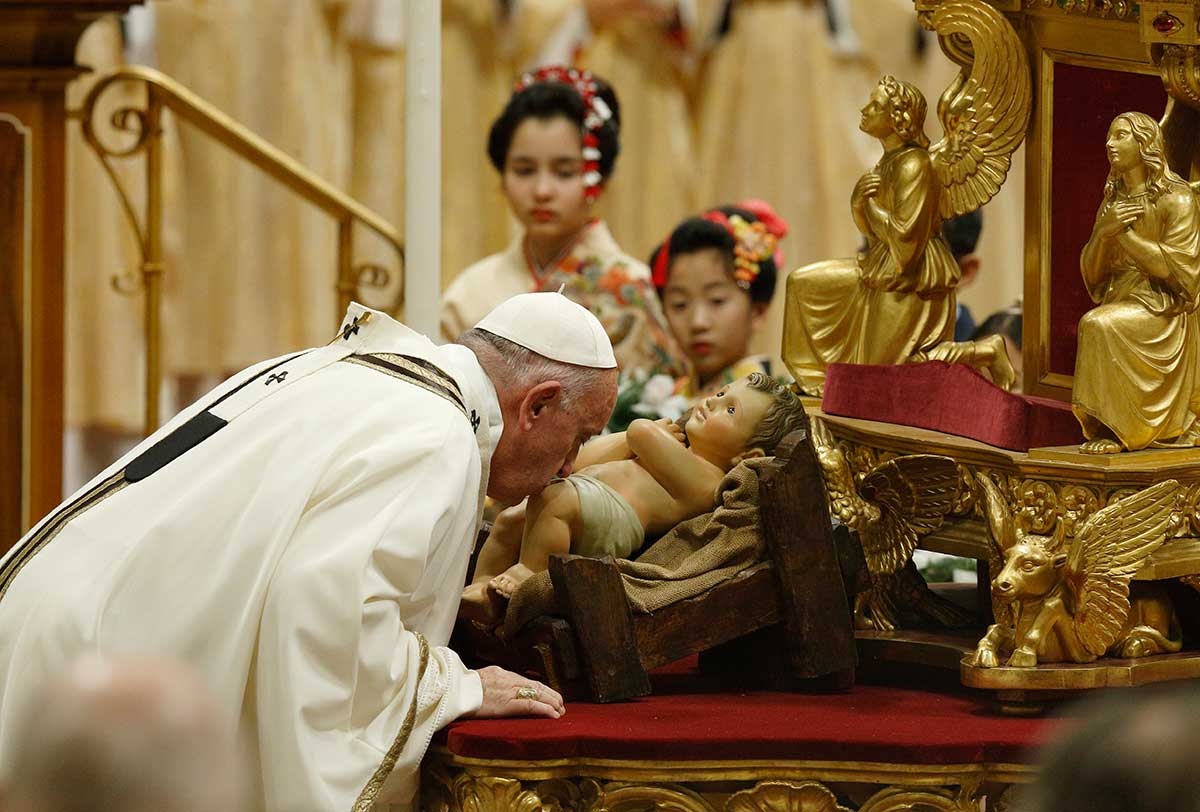 Pope Francis kisses a figurine of the baby Jesus as he arrives to celebrate Christmas Eve Mass in St. Peter’s Basilica at the Vatican in this Dec. 24, 2019, file photo. The pope will celebrate the traditional Christmas Eve Mass with a small congregation, beginning at 7:30 p.m. in Rome so people can get home without breaking Italy’s 10 p.m. Covid-19 curfew. (CNS photo/Paul Haring)

By Cindy Wooden – Pope Francis will celebrate the Vatican’s traditional Christmas “Mass during the Night” December 24, but will begin the liturgy at 7:30 p.m. local time so that the few people invited to attend can get home in time to observe Italy’s 10 p.m. curfew.

The curfew is one of many measures the Italian government has employed in an effort to slow the spread of the coronavirus.

In addition to the early start time, the Vatican’s Covid-19 measures are still in force: only a small congregation will be allowed inside the basilica; people’s temperatures are checked as they arrive; masks are required for the congregation and servers; the seating is socially distanced.

While the nighttime Mass often is referred to as “Midnight Mass,” it has not been celebrated at midnight at the Vatican since 2009 when Pope Benedict XVI moved it to 10 p.m. Pope Francis moved it to 9:30 p.m. in 2013, his first Christmas as pope.

The pope’s Christmas blessing “urbi et orbi” (to the city and the world) will be given, as usual, at noon Christmas Day from the balcony of St. Peter’s Basilica.

Other liturgies announced by the Vatican Dec. 10 include: