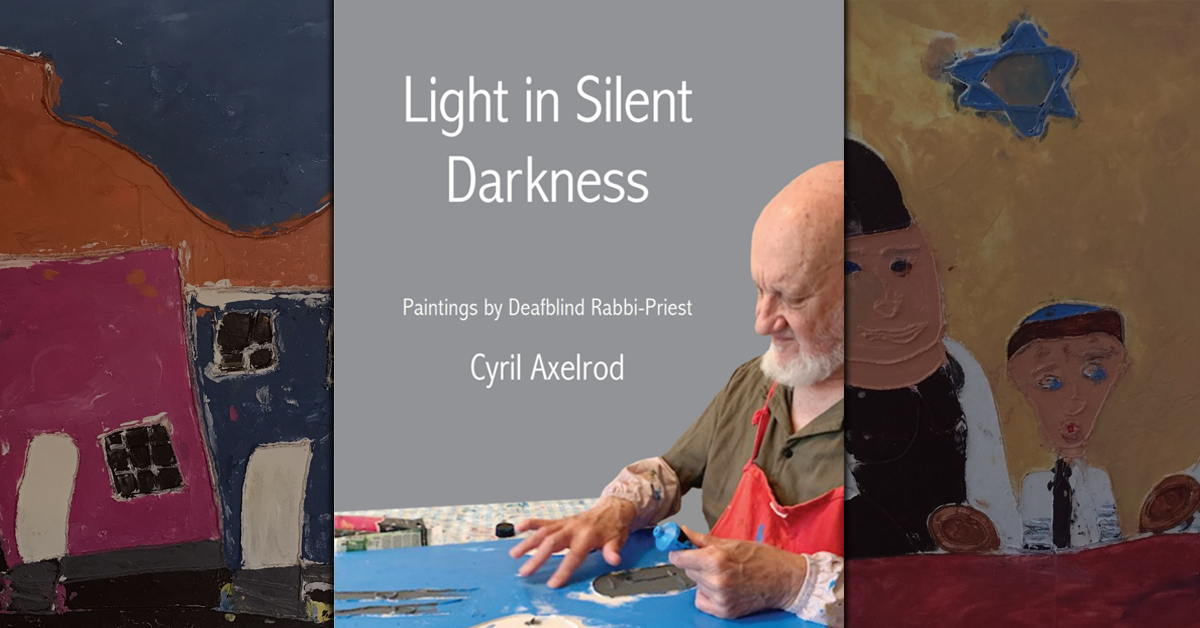 A book of paintings by a South African priest who is deaf and blind has been published, marking the 50th anniversary of his ordination.

Redemptorist Father Cyril Axelrod, a convert from Judaism who is now based in London, planned to come to South Africa last month to celebrate his jubilee with public Masses in Cape Town and Johannesburg, but the Covid-19 pandemic made this impossible.

“Being both deaf and blind, Cyril knows a thing or two about the ‘lockdown’ of his disability. The Covid-lockdown has doubled Cyril’s sense of isolation,” said his close friend and fellow Redemptorist Father Larry Kaufmann.

Born in Johannesburg on February 24, 1942, Fr Axelrod had originally planned to become a rabbi. Deaf from birth, he was educated at St Vincent’s School for the Deaf in Johannesburg. He converted to Catholicism in 1965, and after studying at St John Vianney Seminary in Pretoria, he was ordained in Johannesburg in 1970.

After ordination, he established a school for deaf children in Soweto, a hostel for deaf homeless people in Pretoria, and an employment centre in Cape Town.

In 1979, he was diagnosed with Usher syndrome, which would gradually rob him of his sight. By 2001, a year after he moved to London, he was completely blind.

Fr Axelrod has continued his ministry to the deaf all over the world, and in 2014 was made an Officer of the Order of the British Empire (OBE) by Queen Elizabeth II. He lives self-sufficiently in a flat in London where he even cooks for himself.

That independent spirit also unleashed his artistic side, creating paintings by using a technique involving strings by which he forms the outlines of his motifs, and more strings to identify the colours he used in his art. His sketches are created freehand. He visualises the scenes he paints from his memory and imagination. Motifs range from biblical scenes to the BoKaap in Cape Town to still-lifes. 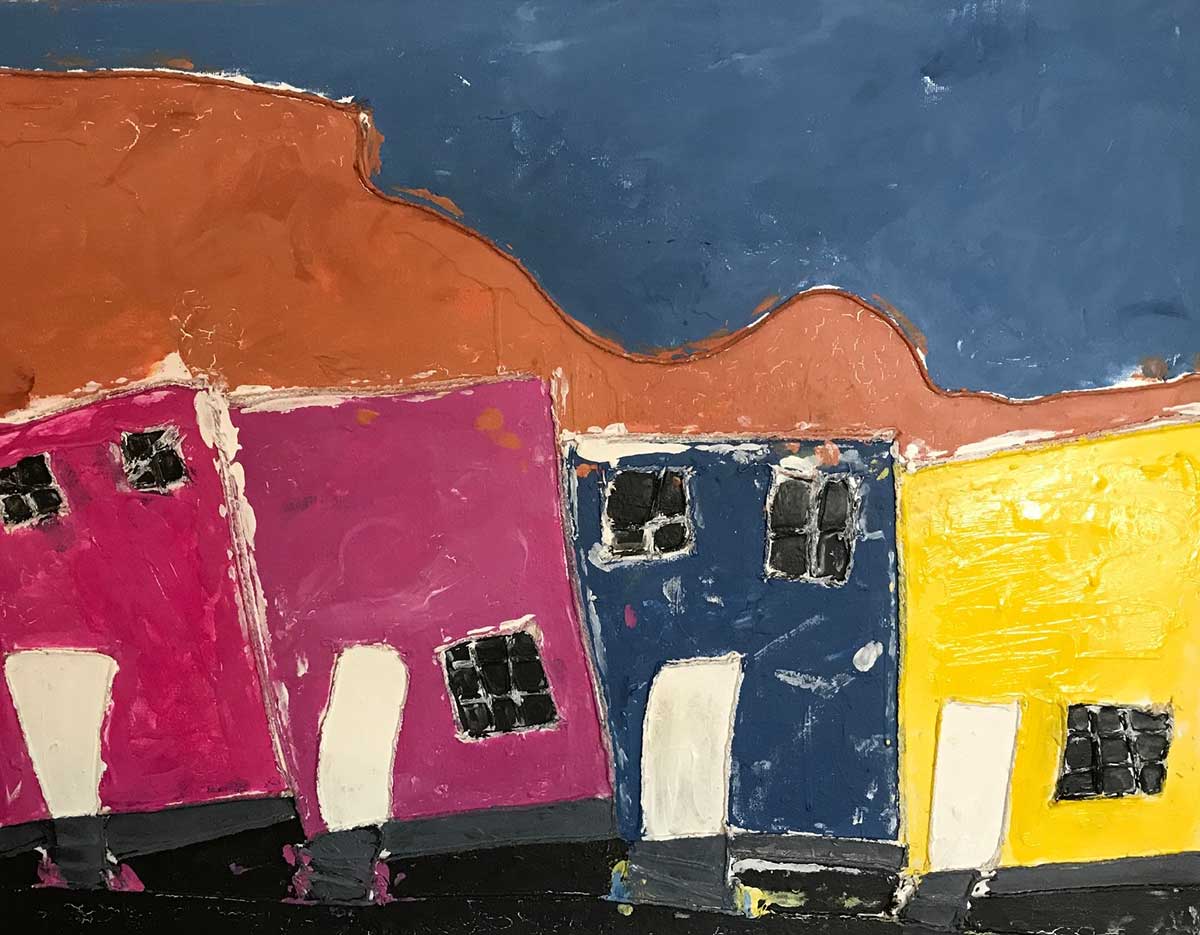 The fruits of these efforts moved Fr Kaufmann to edit a book of Fr Axelrod’s paintings, titled Light in Silent Darkness: Paintings by Deafblind Rabbi-Priest, and published by Redemptorist Pastoral Publications (RPP) in Merrivale, KwaZulu-Natal.

“I was convinced of the miraculous gift of his artistic skills, so I spent six months collating Cyril’s drawings and paintings, and allocating them to different individuals to write reflections,” Fr Kaufmann said.

A particularly moving reflection is offered by 18-year-old Christopher Cerfontyne of Port Elizabeth, who as a young child quickly mastered finger-spelling so that he could communicate with his “hero”, Fr Axelrod. 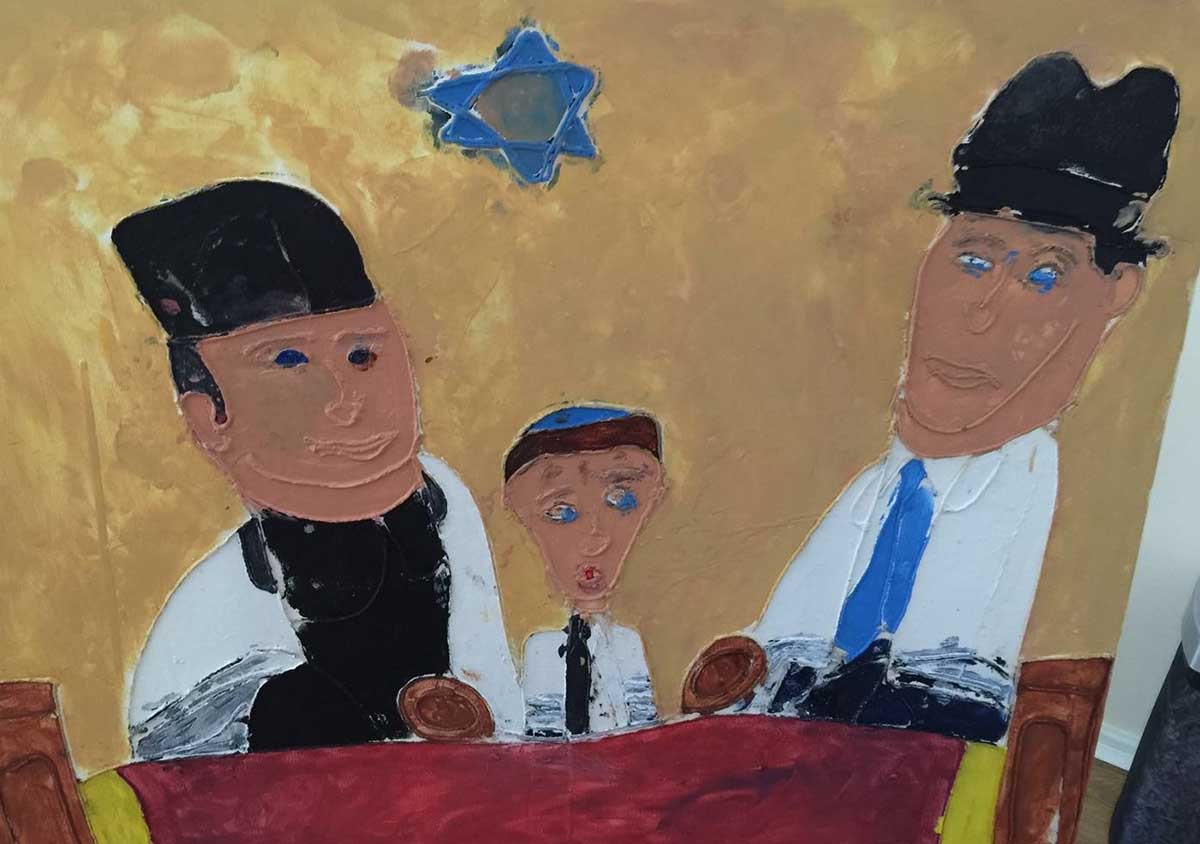 “The book is now published, and in this way, Cyril has indeed come to South Africa to celebrate his Golden Jubilee,” Fr Kaufmann added. “Cyril’s humanity, humour, spirituality, pastoral wisdom and 50 years of dedicated priesthood are truly present in this book.”

Fr Axelrod has received a hardcopy of the book and has read the reflections through the help of a guide. “I am overwhelmed; the contributors to the book have somehow seen into my soul,” he e-mailed Fr Kaufmann.

“I hope it will encourage readers to open the eyes of their hearts and minds, and to acquaint themselves with those like me who cannot hear and see,” Fr Axelrod added.

Light in Silent Darkness, which includes 36 paintings and sketches in high-quality reproduction, sells for R300. It is available from: