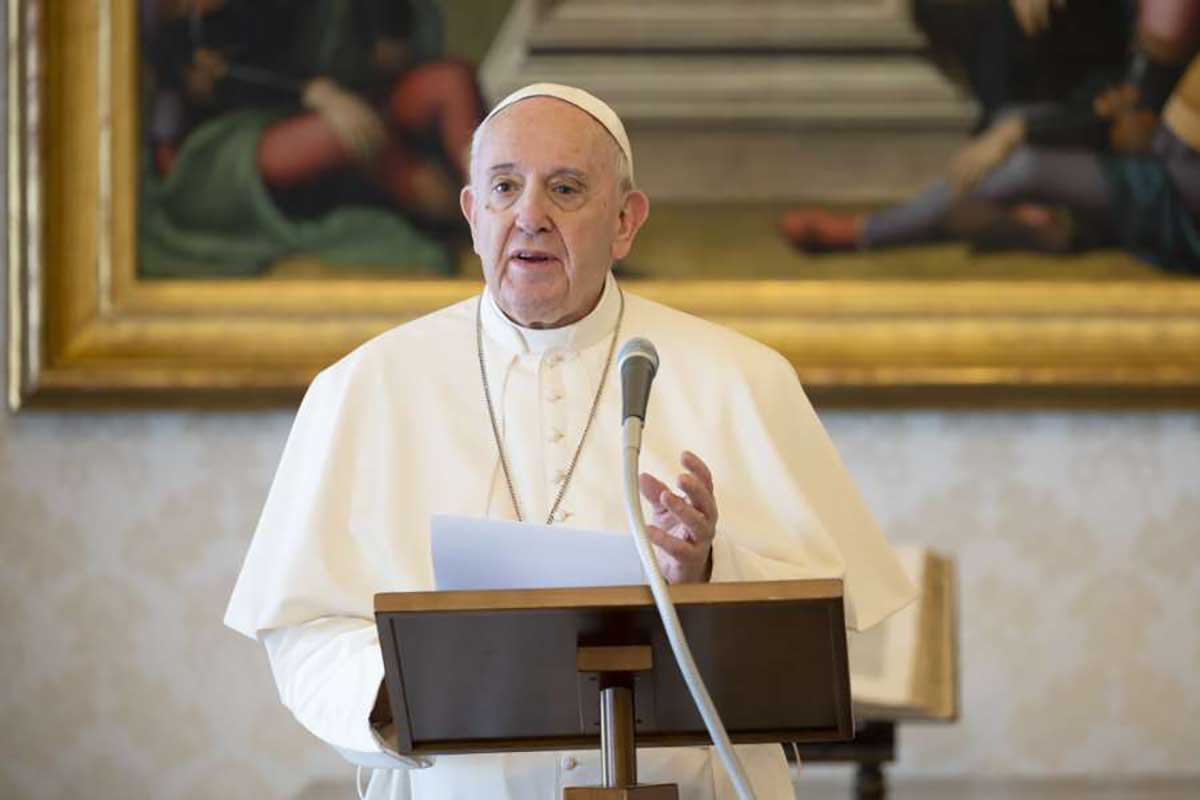 Pope Francis announced Sunday a special year dedicated to the family, marking the fifth anniversary of the publication of his apostolic exhortation Amoris Laetitia.

In his Angelus address December 27, the feast of the Holy Family, the pope noted that March 19, 2021, would mark five years since the signing of Amoris Laetitia following synods on the family in 2014 and 2015.

He said: “Today’s feast reminds us of the example of evangelising with the family, proposing to us once again the ideal of conjugal and family love, as underlined in the apostolic exhortation Amoris Laetitia, promulgated five years ago this coming March 19. And it will be a year of reflection on Amoris Laetitia and it will be an opportunity to focus more closely on the contents of the document. These reflections will be made available to ecclesial communities and families, to accompany them on their journey.”

“As of now, I invite everyone to take part in the initiatives that will be promoted during the Year and that will be coordinated by the Dicastery for Laity, Family, and Life. Let us entrust this journey, with families all over the world, to the Holy Family of Nazareth, in particular to St. Joseph, the devoted spouse and father.”

The pope’s announcement follows his proclamation of a year dedicated to St. Joseph, which began on Dec. 8 and will conclude on Dec. 8, 2021.

Pope Francis released the apostolic exhortation Amoris Laetitia (“The Joy of Love”) on April 8, 2016, though it was signed on March 19 that year. One of the longest documents in papal history, it consists of an introduction and nine chapters, reflecting on challenges to marriage and family life.

A Dec. 27 press release from the Dicastery for Laity, Family, and Life said that the newly proclaimed year would be known officially as the Year “Amoris Laetitia Family.”

It said: “The pandemic experience has highlighted the central role of the family as the domestic Church and has shown the importance of community ties between families, which make the Church an authentic ‘family of families.’”

“Through the spiritual, pastoral, and cultural initiatives planned in the Year ‘Amoris Laetitia Family,’ Pope Francis intends to address all ecclesial communities throughout the world, exhorting each person to be a witness of family love.”

“Resources will be shared within parishes, dioceses, universities, and in the context of ecclesial movements and family associations, on: family spirituality, formation and pastoral activity for marriage preparation, young people education in affective maturity, and on the holiness of married couples and families who live out the grace of the sacrament in their daily life.”

“International academic symposiums will also be organised to examine in-depth the contents and implications of the apostolic exhortation in relation to highly topical issues that affect families around the world.”

The dicastery also announced the creation of a new website, www.amorislaetitia.va, dedicated to the year, which will begin on March 19, 2021, and end on June 26, 2022, with the celebration of the 10th World Meeting of Families in Rome.

It explained that an “informational brochure” would be available on the site, which currently redirects to the dicastery’s homepage.

Among the initiatives announced in the brochure are a forum to be held June 9-12, 2021, entitled “Where are we with Amoris Laetitia? Strategies for implementing the apostolic exhortation of Pope Francis.” Forum participants will include the heads of offices for family pastoral ministry of the world’s bishops’ conferences, as well as members of international movements and family associations.

The brochure also said that Pope Francis would take part in a project called “10 Videos Amoris Laetitia” in which he would “explain the chapters of the apostolic exhortation, along with families who will give witness by sharing some aspects of their daily lives.” The videos will appear monthly.

The dicastery said that the new website dedicated to the special year sought to help in “spreading the Christian message on the family in light of the challenges of our time; promoting a deeper understanding of the text of the apostolic exhortation and of the magisterium of Pope Francis; inviting episcopal conferences, dioceses, and parishes, together with ecclesial movements, associations, and families, to devote themselves enthusiastically to the pastoral care of the family by implementing Amoris Laetitia.”

The dicastery added that the site would be presented in five languages — English, French, Spanish, Portuguese, and Italian — and would be “updated with the proposals and initiatives that will gradually develop over the course of the year.”