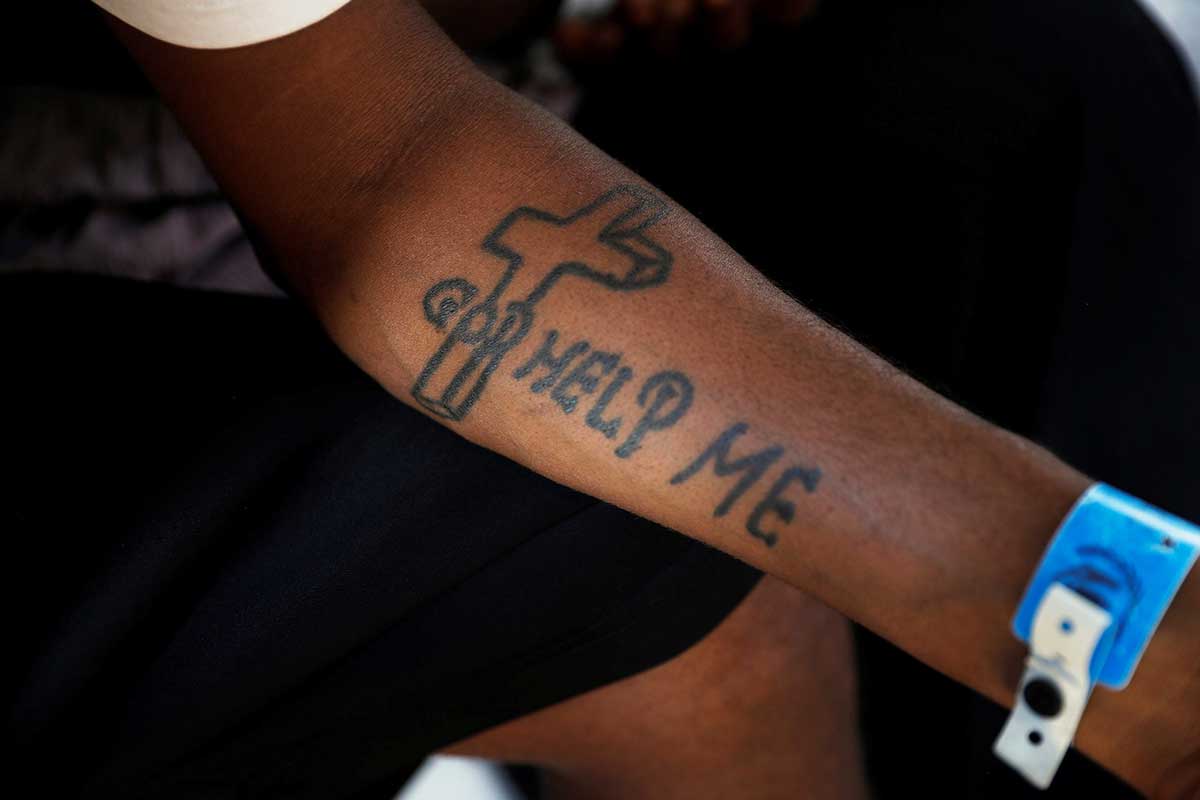 An Ethiopian asylum seeker displays his tattoo with the words “God Help Me” at the Um Rakuba refugee camp in Sudan Dec.3, 2020, which houses Ethiopians fleeing the fighting in the Tigray region of the east African nation. (CNS photo/Baz Ratner, Reuters)

As fighting continues in the Tigray region of northern Ethiopia, the Salesian order has had no contact with 25 priests and brothers who work in the region, a Vatican news agency said.

“The situation is very tense; anything could happen from one moment to the next and we will have no information because everything has been cut – both the internet and the telephone,” a Salesian in Addis Ababa, Ethiopia’s capital, told Fides, the news agency of the Congregation for the Evangelisation of Peoples.

The 25 Salesians work in four different communities in Tigray, the unnamed priest told Fides December 10. “The last contact we had with one of them was 10 days ago – with the others it hasn’t been possible – and they said that essential goods like electricity, gas and food are beginning to be scarce.”

The fighting in Tigray started November 4 when Prime Minister Abiy Ahmed launched military action against the Tigray People’s Liberation Front. Thousands of people have died, tens of thousands have fled to neighbouring Sudan and millions of people are displaced and in need of assistance.

Spanish Salesian Father Alfredo Roca, 87, is among the priests with whom contact has been lost, his confrere in Addis Ababa said. “He arrived in the 1980s and was here during the war against the communist government of Mengistu (Haile Mariam) and during the conflict with Eritrea and, unfortunately, has much experience with these kinds of situations.”

The 25 Salesians work in evangelisation and education in Adigrat, Adwa, Mekele and Shire, running schools, technical institutes and youth centres, he said.