Contemplative prayer: Another way to discern the will of God 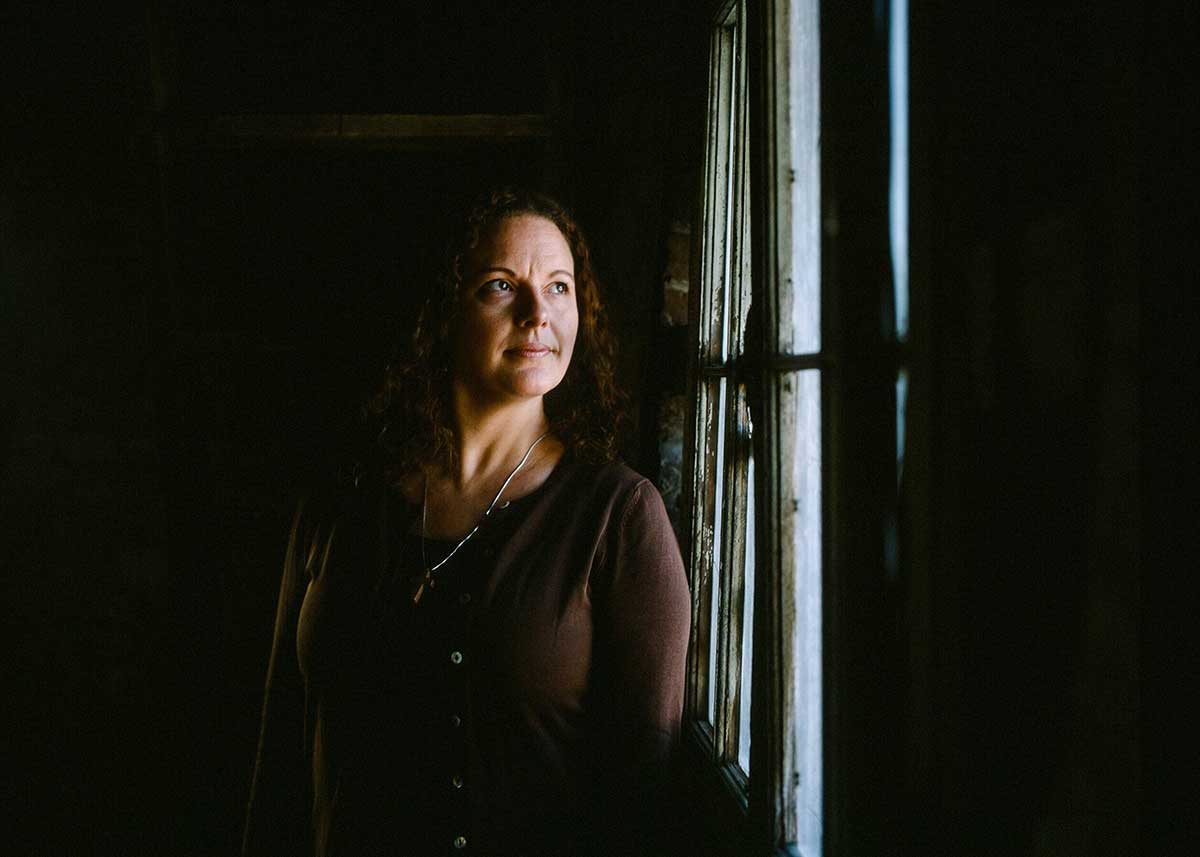 Alison McCrary is seen in this undated photo. She is a social justice movement lawyer, teaches contemplative prayer in New Orleans and is “practitioner in residence” at Wake Forest University’s School of Divinity in North Carolina. McCrary also is a tribal citizen of the Ani-Yun-Wiya United Cherokee Nation. (CNS photo/courtesy Michael Tucker)

Amid it all — perhaps because of it all — McCrary practices contemplative prayer.

“Contemplation is not just something therapeutic, a self-improvement project,” she laughed, “like therapy might be. There’s a deeper dimension to it.”

McCrary was one of a number of contemplative prayer practitioners interviewed more than a year ago by writer Fred Bahnson for an extensive look at contemplation in the January issue of Harper’s magazine, “The Gate of Heaven Is Everywhere.”

McCrary added she spends 30 minutes each morning sitting in silence, which she describes as an act of “one-ing” with God. “It doesn’t happen every time I sit with God,” she said in the Harper’s article. “But ideally I’m noticing God’s movements, being aware of them.”

She acknowledged to Bahnson the apparent contradiction that a life of contemplation requires participation in a community. “The life of a Christian is not a solo act,” McCrary said. “Jesus went to the desert alone to pray, but he was always building community. It’s a both-and.”

McCrary knows life in community well. When she was interviewed by Bahnson, it was November 2019, well before the pandemic. Since then, she has asked for, and received, dispensation from her vows as a member of the Sisters for Christian Community and, in her words, is “transitioning back into regular lay Catholic life again.”

In religious life, McCrary told Catholic News Service in a Dec. 17 phone interview from New Orleans, contemplation is “woven into the fabric of our everyday life. My spiritual life, my prayer life, my relationship with God, none of that has changed. Just the container that holds my life has changed.”

“Contemplation is woven into all that we do. With our neighbours we see as we walk down the street,” she said, “as we interact with creation. When we’re climbing a mountain. … It’s really anything that awakens us to the divine indwelling in us.”

McCrary said she did not know contemplative prayer until 12 or 13 years ago, when she first entered religious life. But the more consistently one practices contemplation, she added, “it becomes more and more mysteriously interwoven, and it gives us a direct experience of God.”

Contemplation, though, is not meant to render one a hermit. McCrary, like most everyone, has felt the absence of connections and community as the pandemic stretches into 2021.

“The pandemic has been an invitation for each person to go within, to go deeper within themselves and to find the spiritual practices that nurture their relationship with God, with the divine,” McCrary noted.

“All of us hunger for connection for community, for the Eucharist, in the traditional way that we have known that,” she said, adding she goes to Mass only when she is scheduled to serve as a lector so that other parishioners have a chance to worship on other weeks.

“There is a deep sadness about what church used to be,” she said. “Hopefully as the (COVID-19 infection) numbers go down and the vaccine starts to work, we can have more of a return to normalcy as we worship.”

McCrary is not the main focus of the Harper’s article; more ink is spilled on several others, including Franciscan Father Richard Rohr, a well-known figure among U.S. Catholics in advocating for the contemplative life.

But McCrary teaches contemplative prayer in New Orleans, and is “practitioner in residence” at Wake Forest University’s School of Divinity in North Carolina.

“Discernment requires a lot of contemplation,” she said, describing discernment as “a choice between two good options. If we had only one good option, it would be easy.” The question in contemplation, McCrary added, is “God, what are you really calling me to?”

She added, “If the season of Christmas calls us to incarnate God into the world, if we remember God is incarnated in the form of humans, how to we embody that? That requires deep contemplation.”

McCrary told CNS, “I think contemplation is for everyone.”

She added a personal perspective: “In ‘prayer’ prayers I find as a Catholic, I get stuck on the words. In contemplation, we can let go of the words, or have fewer words. We can be more free to enter the presence of the divine and have a deep stillness.”