Pope: Soccer legend Maradona was ‘poet’ on the field 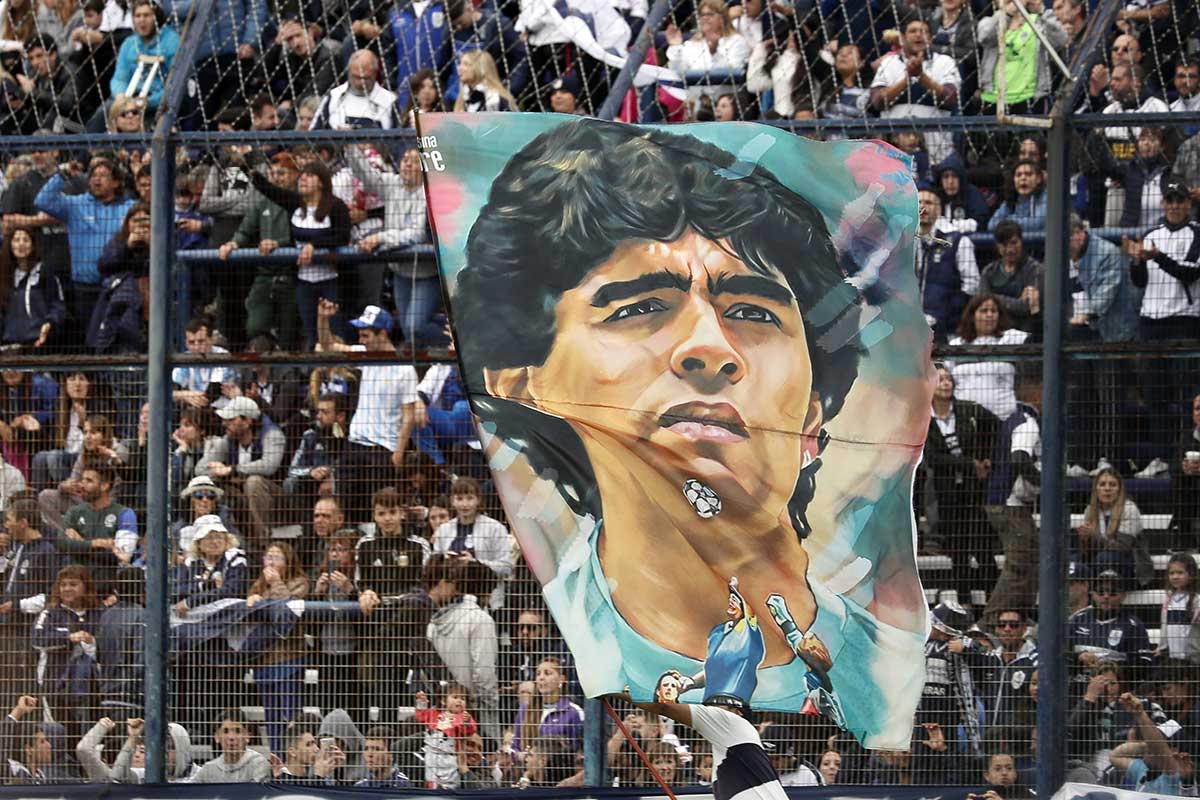 A banner with the image of the late soccer legend Diego Maradona is displayed at a stadium in Buenos Aires, Argentina, in 2019. Pope Francis said Maradona — who died in November 2020 — gave joy to millions of people. (CNS photo/Javier Garcia Martino, Reuters)

By Junno Arocho Esteves – The legendary career of the late Diego Armando Maradona proved that he wasn’t just a skilled soccer player, but a true artist whose creativity and athleticism brought joy to countless fans, Pope Francis said.

“On the field he was a poet, a great champion who gave joy to millions of people in Argentina as well as in Naples (Italy),” the pope said in an interview published Jan. 2 in the Italian sports daily La Gazzetta dello Sport.

Argentine President Alberto Fernandez declared three days of national mourning, while in Naples, thousands mourned his death and laid wreaths outside the stadium where he played between 1984 and 1991.

Despite a career marked by highs and lows, including battling drug abuse, he is most famous for his infamous goal, dubbed “the hand of God,” during Argentina’s quarterfinals match at the 1986 World Cup.

As team captain, Maradona subsequently led the Argentine national team to victory in the 1986 World Cup, an event the pope fondly remembered taking place while he was living in Germany “studying the language and researching material for my thesis.”

Unable to watch the World Cup final, the pope said he had learned about Argentina’s victory over Germany when a Japanese student wrote “Viva Argentina” (“Long live Argentina”) on the chalkboard during a German lesson.

“Personally, I remember it as a lonely victory because I had no one with whom I could share the joy of that athletic victory,” he recalled. “Loneliness makes you feel alone while what makes joy beautiful is being able to share it.”

He also recalled meeting the soccer legend at the Vatican in 2014 and Maradona’s participation at a charity game to raise money for Scholas Occurentes, an educational project Pope Francis supported as archbishop of Buenos Aires and expanded as pope.

The pope told La Gazzetta dello Sport that after learning about Maradona’s death, “I prayed for him and I sent his family a rosary with some personal words of comfort.”

In life, Maradona was not shy about his affection for the pope, whom he credited for inspiring him to return to the faith after many years.

“Pope Francis is even bigger than Maradona,” he told journalists in 2014, according to the Reuters news agency. “We should all imitate Pope Francis. If each one of us gives something to someone else, no one in the world would be starving.”