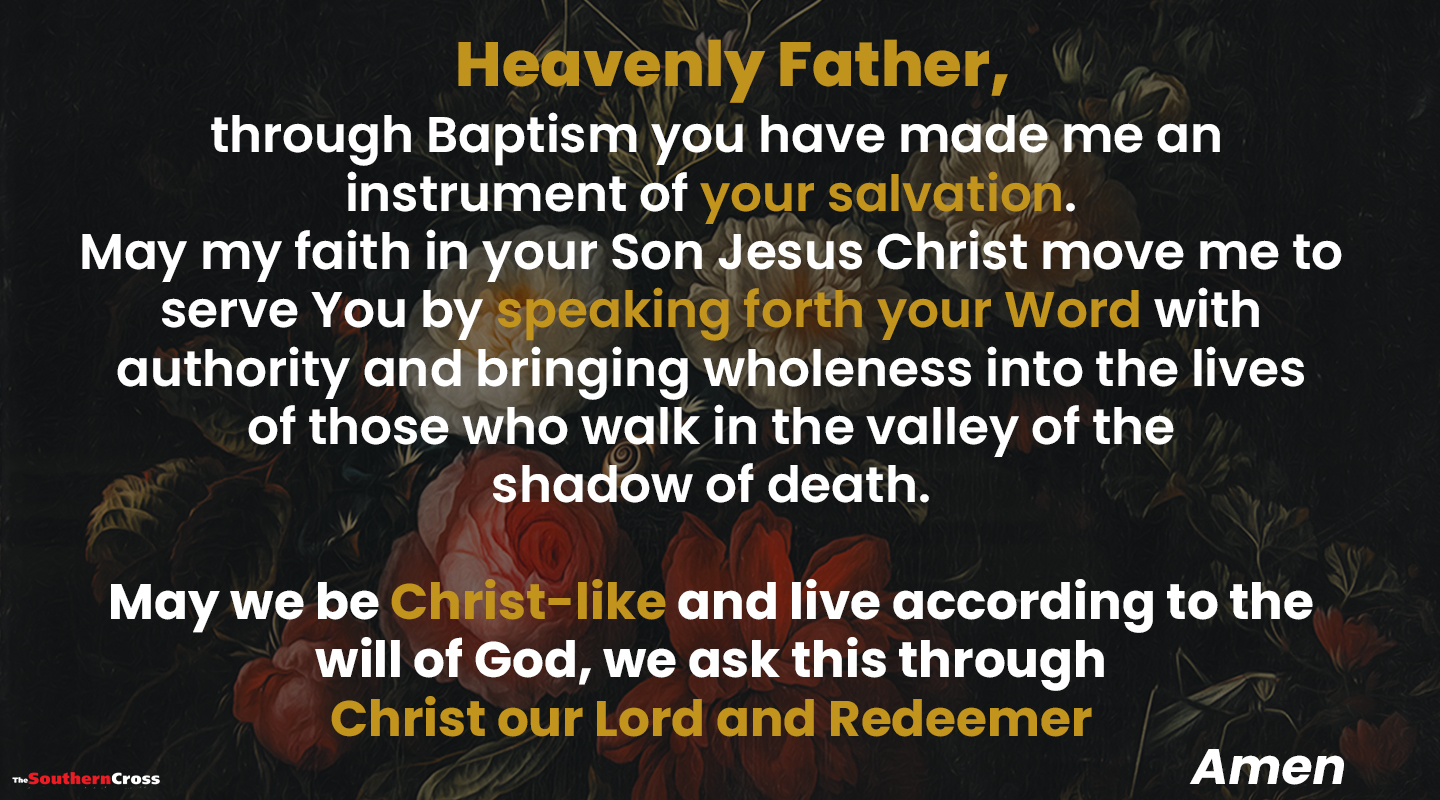 Theme: “True Authority: it is only from God and exercised in LOVE”

The first reading from Deuteronomy 18:15–20 reports the words of Moses speaking about the three fundamental characteristics of a true prophet of God. First, Moses, himself a prophet, states that God chooses his prophet from among the people and sends the prophet to the people “I will raise up for them a prophet like you from among their own people”. Second, God equips the prophet for the mission by the gift of God’s word “I will put my words in the mouth of the prophet”. Last, God communicates through the prophet, making this person’s words his own divine message – “…who shall speak to the people everything that I command”. Every baptised Christian is a prophet.

By the virtue of baptism, Christians are given prophetic role to share the Good News. We have to note that, a true prophet or prophetess is never a fortune-teller or a futurologist, but a mouthpiece of God himself, and an interpreter of the signs of the times who urges and guides the people on how they are to honour and live by God’s covenant. As Christians, we need to be authentic prophets who have true authority on the Word of God.

One of the most authoritative figures in early Christianity is Paul the apostle, who is unmatched in his apostolic zeal, writings, and teaching. Yet, the true source of his authority is not found in his own efforts but, by his own admission, in the encounter with the risen Lord who allowed him to understand his life and his Jewish faith from the perspective of Jesus’ resurrection. The second reading of the fourth Sunday in ordinary time, Paul instructs the Corinthian Christians regarding those among them who are unmarried and those who are widowed.

As Christians, we can learn from Paul who never claimed for himself an authority of his own. He always emphasised that his work and teaching spring from the experience of the risen Lord, and from the power of God at work in and through him. He wants the Corinthians to make an unreserved offering of themselves, and like himself, to live with undivided devotion to the Lord.

The climax of the teaching of true authority is reflected in the Gospel. First, Jesus’ authority is demonstrated by his teaching. Mark notes that Jesus explained the Scriptures with absolute authority and cited no other human authorities or experts, as other Jewish scribes and teachers did. This means that the divine teaching authority rested in him, and needed no additional, external confirmation or affirmation.

This manner of teaching differs from that of other Jewish religious leaders who, lacking the true authority from God, needed to rely on each other in interpreting the Scriptures. Second, Jesus’ authority was powerfully confirmed and manifested through the exorcism.

He had the power to order the unclean spirit to leave a man who was thus liberated from bondage to evil. Ironically, the evil spirit teaches us a fundamental truth that Jesus is the Holy One. “I know who you are, the Holy One of God”. This act proves Jesus’ divine authority as well as his Messianic identity. And by performing exorcism and initiating his ministry in the synagogue, Jesus shows that God has entered the ordinary and daily life of his people because synagogues were places for ordinary people unlike Jerusalem Temple which was only one place where sacrifices were offered.

Listening to the Word of God “true authority abiding in Love”

Every baptised person is a prophet and we have been empowered sent forth into the world to proclaim the Good News. We share not only in the priestly and kingly ministry of Jesus, but also his prophetic ministry and carry a timeless message which we deliver through word and action. The good action of true authority is exercised in LOVE. It is the love of God that He sent His only begotten Son to redeem humanity. It is through love that we need to serve. What word do I say to my family, friends, and workmates? A word can destroy or build. No matter how strong the word may be, but if it is said with love and in love it is good news that we share.

It is a contradiction to share in the prophetic ministry of Christ and yet, in our dealings and relationships with one another, speak words that do not come from God. When we insult, curse, gossip and spread rumours about people, we cease to function as prophets and our lives no longer become good news but bad news. When we use the authority we have received from God to manipulate or destroy others, we debase our prophetic presence.Let us ask ourselves, what word do I utter or say to my neighbour in the name of authority?

Our role as Christians ought not to be limited to what we say (words) only but also must include what we do (actions). Jesus did not only speak, he also caused positive actions. In the synagogue, he spoke a powerful word and caused a powerful action to take place, which was exorcism. Similarly, we have been sent forth to speak and act. God sends us into situations where people have been held captive so that we may become God’s instruments of deliverance to them.

As we speak with true authority, we need to be the voice of the voiceless, we need to fight against evils like, killing innocent souls, human trafficking, abortion, corruption, drug abuse, sexual abuse and extra. Some of us have been given civil and religious authority, are we using this authority to cast out the demons as Jesus did? Today, in our society, we need to cast out the demons of corruption, human trafficking, abortion, drug abuse, and gender-based violence. With our prophetic role we need to speak bravely the Word of God to save humanity.

Action: Today, I choose to reactivate my prophetic role in service of love as a Christian by spending quality time each day to listen to God in prayer and to act upon his word. I am a prophet and by being a prophet am called to act with true authority not fake power. I should treat every human being with love.

Prayer: Heavenly Father, through Baptism you have made me an instrument of your salvation and may my faith in your Son Jesus Christ move me(us) to serve You by speaking forth your Word with authority and bringing wholeness into the lives of those who walk in the valley of the shadow of death. May we be Christ-like and live according to the will of God, we ask this through Christ our Lord and Redeemer, Amen.