The College of Cardinals in 2021: Who could vote in a future papal conclave 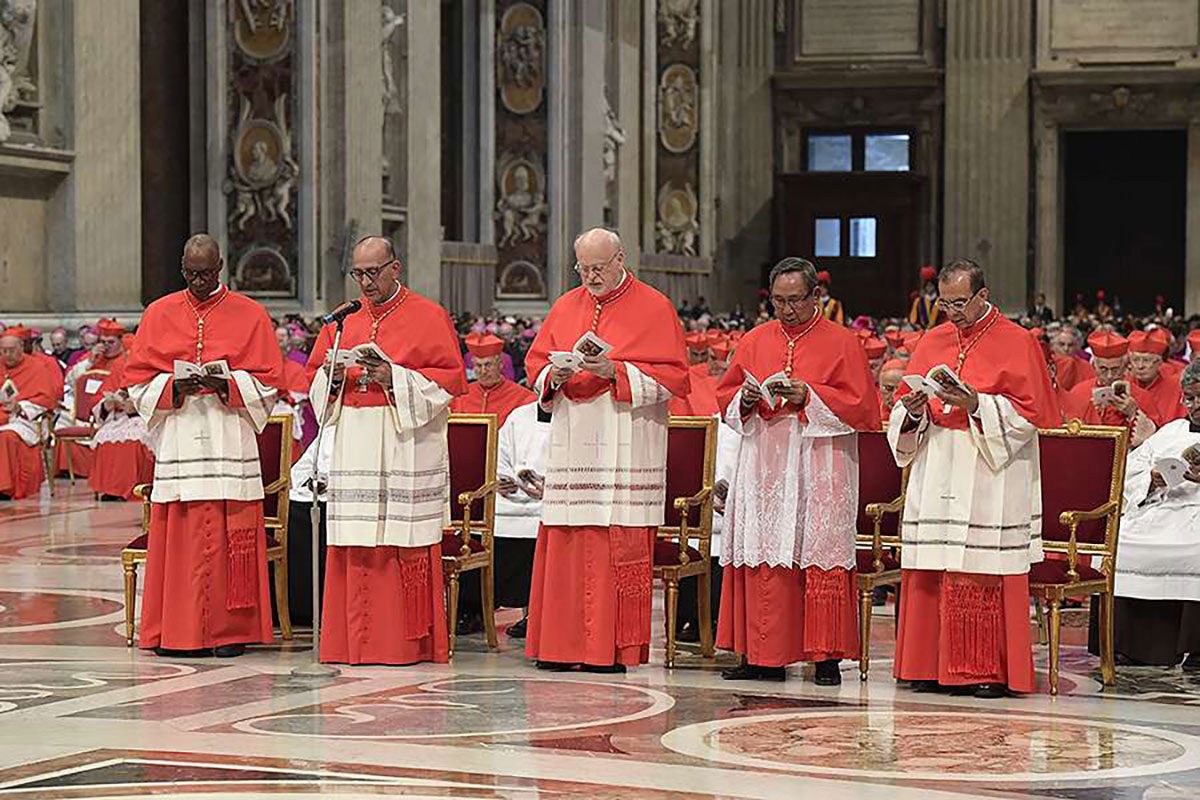 As of the first month of 2021, the College of Cardinals is composed of 229 members, 128 of whom are under the age of 80, and therefore eligible to vote for the next pope in a future conclave.

It was St. Paul VI who established, on Nov. 20, 1970, that cardinals aged 80 and over could not participate in the process for electing a pope.

Paul VI wrote in his motu proprio Ingravescentem aetatem that “the higher good of the Church demands that we consider the problem of old age also in relation to the eminent office of Cardinals, for which we have shown special concern several times in the past.”

The office of cardinal “is indeed a matter of an office with particularly serious and delicate tasks,” the pope stated, “both because of the very singular connection which binds it to Our supreme responsibility at the service of the whole Church, and because of the high responsibility it entails in the vacancy of the Apostolic See with respect to the universal Church.”

Paul VI declared that after reaching the age of 80, a cardinal loses the right to elect the Roman Pontiff and, therefore, the right to take part in the conclave.

In 2021, six cardinals of the Catholic Church will lose this privilege: three from Africa, two from Europe, and one from Oceania. Four of the six were given the red hat by St. John Paul II in his last two consistories, in 2001 and 2003.

The first cardinal to turn 80 years old in the course of the year – on Feb. 27 – will be Gabriel Zubeir Wako, archbishop emeritus of Khartoum. He was made cardinal by St. Pope John Paul II in 2003.

On March 8, Cardinal Wilfried Fox Napier of Durban, will lose the right to vote in a future conclave. He was also made a cardinal by John Paul II. He voted in the previous conclaves – see his report on these conclaves

Also made a cardinal in 2003, Cardinal George Pell, former prefect of the Secretariat for the Economy, will turn 80 June 8.

On July 19, Cardinal Maurice Piat of Port Louis will have his 80th birthday. He was given the red hat by Pope Francis in the November 2016 consistory.

Cardinal Beniamino Stella, prefect of the Congregation for the Clergy, will reach age 80 Aug. 18. He received the red biretta from Pope Francis’ first consistory, held in February 2014.

The last cardinal to turn 80 in 2021 will be Angelo Scola, archbishop emeritus of Milan. St. John Paul II made him cardinal in the 2003 consistory, when Scola was patriarch of Venice.

The continental breakdown of the College of Cardinals is that 108 hail from Europe, 54 of whom are electors. There are 16 North American cardinals eligible to vote, out of a total 26. There are nine cardinals from Central America, of whom seven are electors.

South America has 25 cardinals, 14 of whom have voting rights. Asia is represented by 27 cardinals, of which 16 are under age 80. There are 28 African cardinals, 17 of whom are electors. Oceania has four cardinal electors and two non-electors.