Theme song unveiled for next World Youth Day in Lisbon 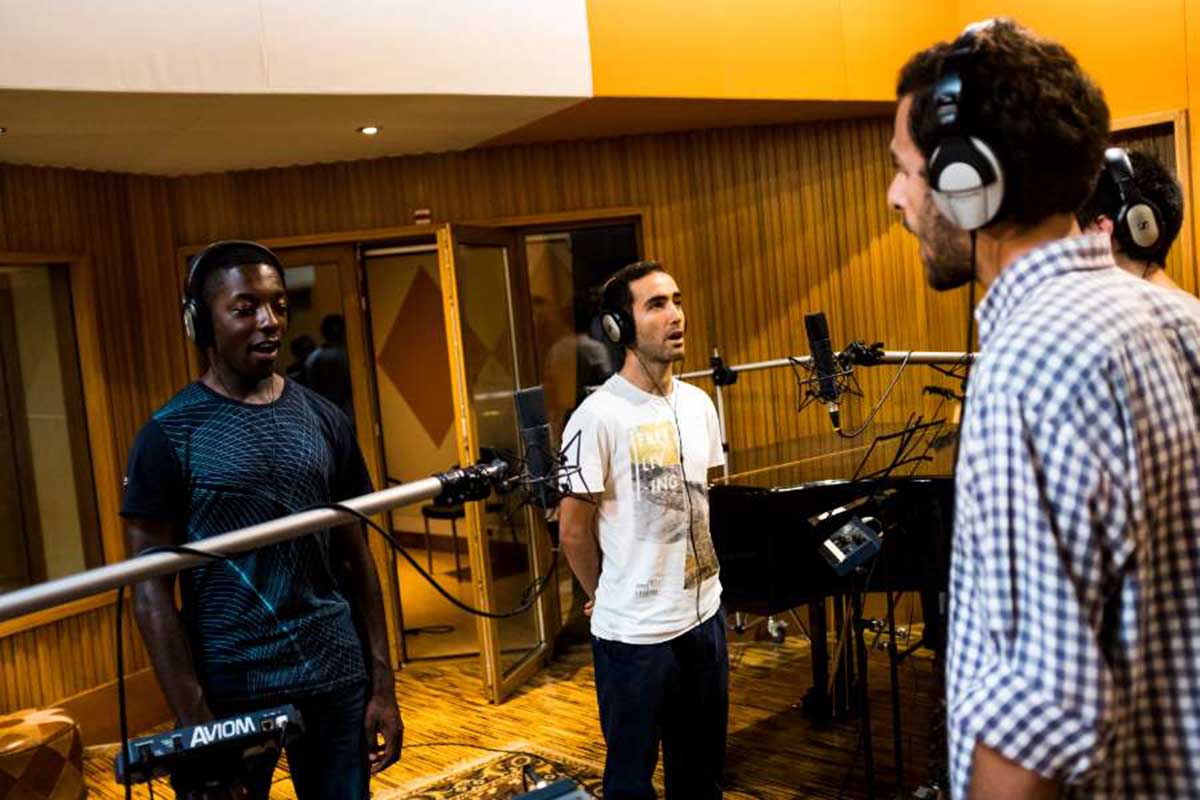 The organisers of World Youth Day 2023 in Lisbon on Wednesday unveiled the event’s official theme song.

They said that the song, entitled “Há Pressa no Ar” in Portuguese (“There’s a rush in the air”) and issued on Jan. 27, invites young people to identify themselves with the Virgin Mary.

The song was revealed in a presentation by Teresa Oliveira, a radio announcer in Portugal. (The song can be heard here.)

The composition is inspired by the theme of WYD Lisbon 2023,  “Mary arose and went with haste,” a verse taken from St. Luke’s Gospel describing Mary’s visitation to her cousin Elizabeth after the Annunciation.

The music was composed by teacher Pedro Ferreira and the lyrics written by Fr. João Paulo Vaz, a priest who uses music as a means of evangelisation. Both men are from the diocese of Coimbra, in central Portugal.

Organisers are releasing two versions of the song. One is solely in Portuguese. The other, an international version, incorporates five languages: Portuguese, English, Spanish, French, and Italian.

A literal translation of the song’s chorus, provided by organisers, reads: “Everyone will hear our voice, / Let us lift our arms, There’s a rush in the air. / Jesus lives and does not leave us alone: / We will not cease to love.”

“When singing this theme song, the young people from all over the world are invited to identify themselves with Mary, disposing themselves to serve, to the mission and to the transformation of the world,” the Local Organisation Committee said in a press release on Jan. 27.

“The lyrics also evoke the party of the WYD and the joy that comes from Jesus.”

The song was selected by a panel of artists after a nationwide contest with more than 100 entrants.

Competition organisers challenged participants to create a song that reflected the WYD 2023 theme, the aims of World Youth Day, especially evangelisation, and Portuguese culture. They said they were looking for “a popular song, cheerful, young, easy to learn and easy to translate and to adapt.”

Pedro Ferreira (pictured above right, with Fr. João Paulo Vaz) explained that the melody came before the lyrics. He recalled composing the music in a “small room, alone, by the piano,” searching for a tune that helped “to congregate, to gather a community.”

The 41-year-old and other members of his music group, known as the “Parish Band,” approached Fr. João Paulo Vaz to write the lyrics.

“Not changing the melody, and with the guitar in my hands, I started writing, just like I usually do,” the 51-year-old priest said.

“The theme of the Portuguese edition [of World Youth Day] made me revise my relationship with the Mother and, then, the lyrics creative process became, for me, a very deep time of praying,” he explained.

World Youth Day, which is typically held on a different continent every three years, was established by Pope John Paul II in 1985. The week-long gathering usually attracts hundreds of thousands of young people.

The coronavirus crisis has thrown up obstacles for the organisers of the next event in Lisbon. The meeting was initially scheduled for August 2022, but the Vatican said in April 2020 that it would be postponed to August 2023.

They invited young people across the country to dedicate Nov. 28-29, the weekend marking the start of Advent, to the countrywide mission.

“We challenge each young person to do a mission wherever they are, thus giving expression to the theme proposed by Pope Francis for WYD Lisbon 2023,” they said.

In light of the pandemic, organisers suggested that youngsters could take part in the mission by calling someone who lives alone, speaking to distant family members via the internet, volunteering with local charities, or undertaking acts of service in their parishes.

They encouraged youngsters to wear WYD Lisbon 2023 T-shirts while taking part, to “give visibility to this great movement of hope.”

The logo, featuring the Blessed Virgin Mary in front of a cross, in the colours of Portugal’s flag, was selected in an international contest with hundreds of participants from 30 countries by the Vatican Dicastery for Laity, Family, and Life.

It was designed by Beatriz Roque Antunes, a 24-year-old who works at a communication agency in Lisbon.

The pope announced that the Portuguese capital would host the global Catholic gathering of young people at the closing Mass of the last international World Youth Day in Panama City in January 2019.

Lisbon, a city of 505,000 people, is around 75 miles from Fatima, one of the most popular Marian pilgrimage sites in the world.

The 2018 report “European Young Adults and Religion” found that Portugal has one of the highest levels of weekly Mass attendance among young people in Europe.

Pedro Ferreira, who is also the founder of the Portuguese band Anaquim, praised arrangements of the new theme song created by musician Carlos Garcia.

“When listening to the song, Carlos ends up by making the melody of his own and, by doing a remarkable work – does not change its structure or its form — enriches it uniquely,” he said.