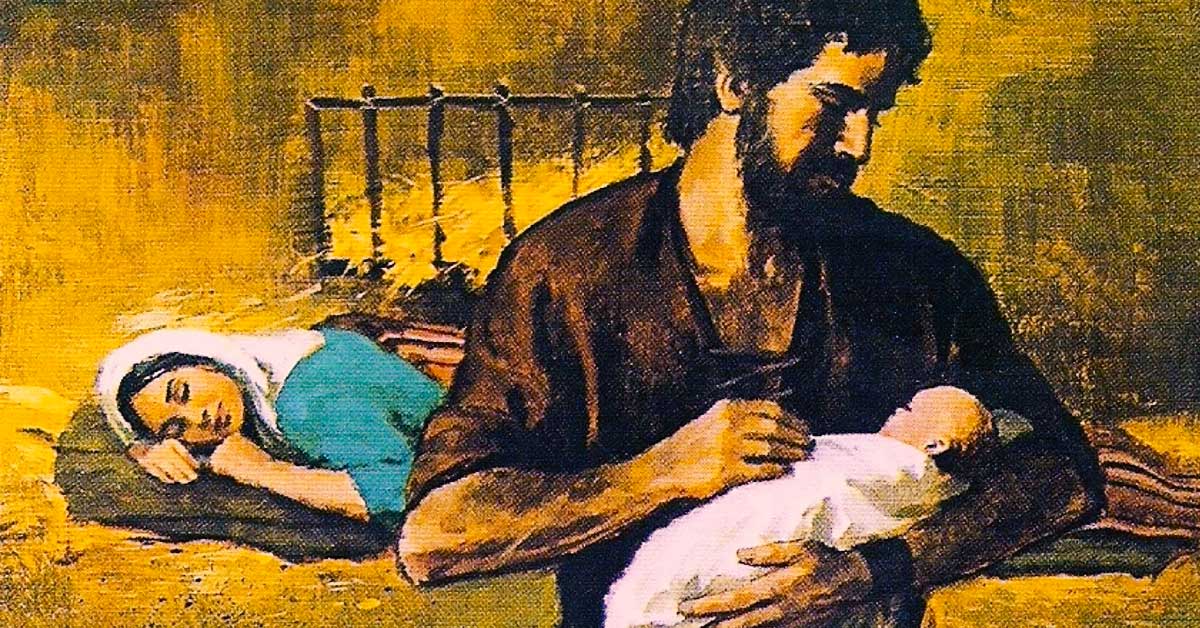 Question: I would like to know whether St Joseph was celibate during his marriage to Mary. Was the marriage never consummated?

Answer: The Catholic Church holds that the marriage between Mary and Joseph was chaste and their marriage not consummated. Mary therefore was a lifelong virgin.

Most Protestants do not believe in Mary’s perpetual virginity, so they may say that the marriage was consummated, and that the four brothers and two sisters mentioned in Mark 6:3 and Matthew 13:55-56 may be the children of Mary and Joseph. Indeed, the presence of the “brothers” who are with Mary when Jesus effectively renounces his family (Mark 3:31-35) suggests their close relationship with both Jesus and his mother.

The trouble is that the Bible does not tell us either way. Even the word used to describe these family members in the original Greek text of the Gospels is ambiguous. The word adelphos can mean brothers as well as kinfolk (such as cousins), and the difference between siblings and cousins in their society was more fluid than it is in Western society, and similar to the way cousins are recognised in African culture.

One theory is that Joseph was much older than Mary and widowed. So he wanted a wife for housekeeping and looking after his children — the four brothers and two sisters, or those of them young enough to need motherly care — rather than for procreation or romance. In a world where people often died young, it was not unusual for an older, widowed man to seek a wife who would keep the house. Perhaps that was so in the case of Joseph and Mary.

When a man officially took a woman into his household, they were considered to be married, whether they consummated their marriage or not. So the marriage of Joseph and Mary does not in itself imply consummation.

St Jerome, who in the 4th century translated the Bible into Latin, offered another good reason for Joseph’s chastity: he would not have entertained the idea of having carnal relations with the woman who bore the Messiah, “the Temple of God”.

For the Catholic Church the case was settled almost 1500 years ago, when the Second Council of Constantinople of 553AD declared that Mary conceived no more children after giving birth to Jesus. The Lateran Council of 649AD confirmed that teaching.

Where Did the Holy Family Hide in Egyptian Exile?