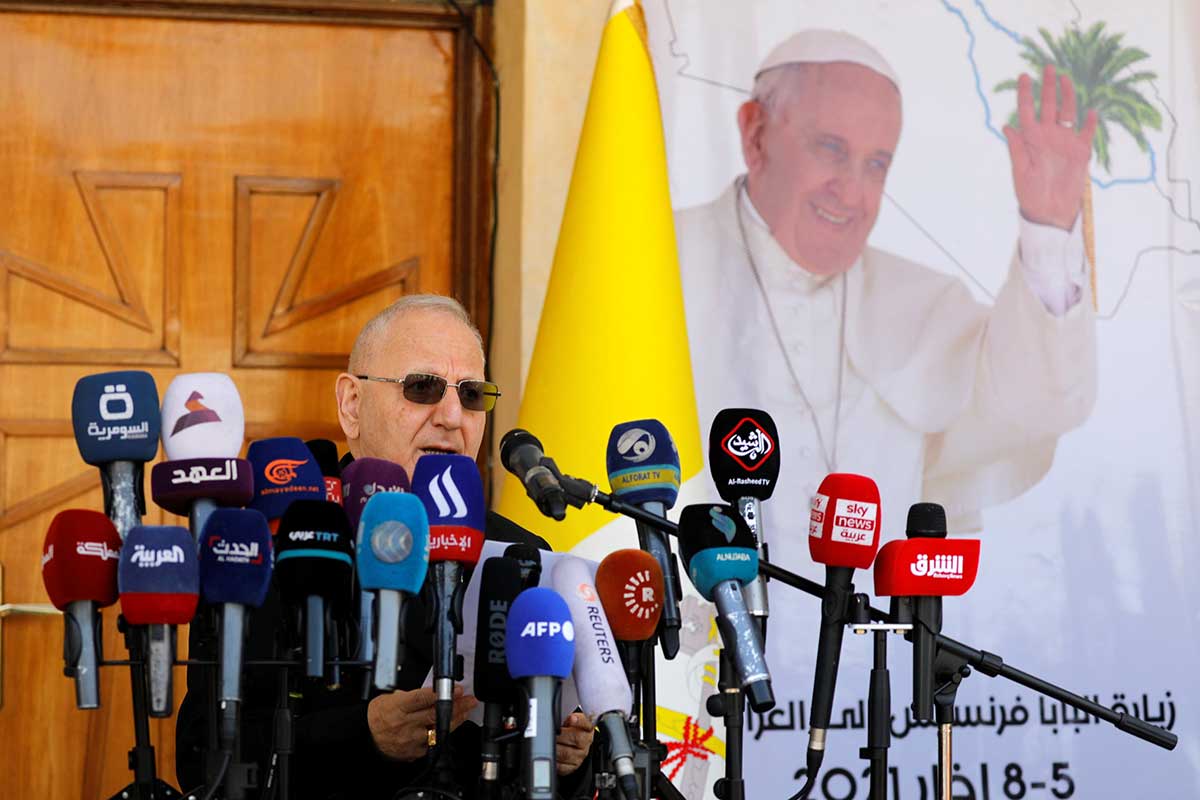 By Cindy Wooden– On the same day that 10 rockets hit an airbase in Iraq, Pope Francis said he had to travel to the country because he could not disappoint them.

“The Iraqi people are waiting for us; they awaited St John Paul II, who was not permitted to go” in 1999, Pope Francis said March 3. “One cannot disappoint a people for the second time. Let us pray that this journey will be a good one.”

The pope spoke about the trip at the end of his weekly general audience, telling viewers, “The day after tomorrow, God willing, I will go to Iraq for a three-day pilgrimage.” The trip is scheduled for March 5-8.

“For a long time, I have wanted to meet those people who have suffered so much; to meet that martyred church in the land of Abraham,” he said.

“Together with the other religious leaders, we also will take another step forward in fraternity among believers,” the pope said before travelling to the country where most people are Muslim but coexisted for centuries with Christian and other minority communities.

“I ask you to accompany this apostolic visit with your prayers, so that it may unfold in the best possible way and bear the hoped-for fruits,” Pope Francis said.

Several hours earlier, 10 rockets landed in and near a military base about 100 miles west of Baghdad. The Ain al-Asad airbase hosts Iraqi, U.S. and other coalition troops. No casualties were reported.

The Associated Press reported that it was the first attack since the U.S. struck Iran-aligned militia targets along the Iraq-Syria border Feb. 26, creating fears of a series of alternating retaliatory attacks.