Engaging Christian and Muslim Youth Before Terrorists Do is Key 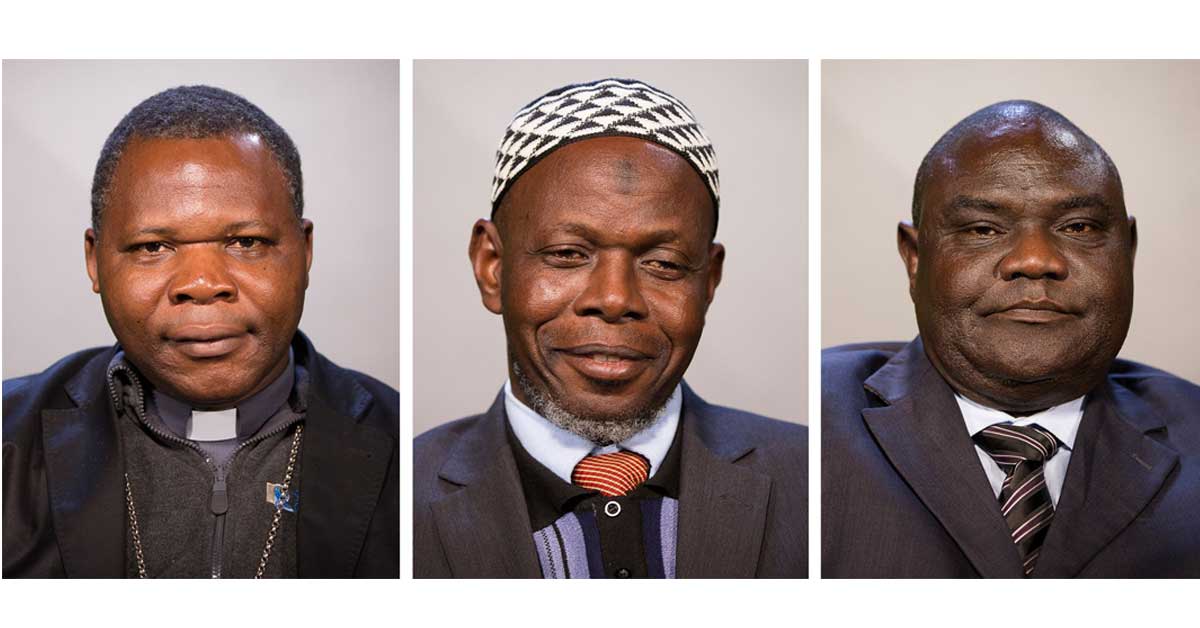 By Mark Pattison – Getting Muslim and Christian young people together to know each other before terrorist groups can sow divisiveness is seen as key to peace in the Sahel region of western Africa, said panelists during a March 30 online workshop presented by Catholic Relief Services.

In Burkina Faso, there are active peace clubs in 15 schools at both the senior high and junior high level, said Bishop Pierre Claver Malgo of Fada N’Gourma.

Beyond that, he said, 80 young people have attended one of 40 capacity-building trainings for workshops held for women; Christians and Muslims have staged 200 joint festival celebrations; and 30 religious leaders have been trained on conflict mediation. In addition, conferences, seminars and committee meetings have been conducted on what Bishop Malgo called “peacebuilding and cohesion.”

“We are sensitising and bringing communities together,” he said.

While it is good for different religious groups to “come together and think about peace, I know that there are a lot of difficulties, and we need a lot of money to implement all the ideas that we have,” Bishop Malgo said. “So when we talk about supporting children, it includes us welcoming them, feeding them, giving them health care, and also bringing them back to school.”

One feature of one of the Burkina Faso workshops included reports from four different countries in the Sahel region: Burkina Faso, Mali, Niger and Ghana. For each report, one Catholic and one Muslim religious leader were seated together, with each cleric giving half of the report, and both clerics in their respective countries answering questions posed at the end.

“One of the themes of organising is always putting youth at the core,” Bishop Malgo said.

“We had Catholic youth, the Muslim youth, the Protestant youth. The role of the youth is to organize such activities as an outreaching parade to the adults as well as youths in order to promote peace.”

Doing so, the bishop said, results in “strengthening fraternity among themselves so they can resist overtures that the terrorist organization is presenting to them.”

Sheikh Al-Hussein Zakaria of Tamale, Ghana, said: “We have a literacy rate in the northern region of about 48%, and that means we have (an) almost 52% functionally illiterate population. And that means that so many young people are going to be unemployable and/or unemployed.”

Sheikh Zakaria’s notion of “counterterrorism” includes religious tutoring, youth groups and women’s groups. “We also want to be strongly present in credible locations and national media to counter misinformation through fake news that makes terrorism attractive to our unemployed youth,” he said.

These youths’ mothers also have a part to play, said Archbishop Philip Naameh of Tamale.

While CRS has played a role in financing peace efforts in Ghana, the archbishop said U.S. help is needed to “continue support for women to engage in income-generating activities. We think also this will lead to peace. Women generally will want to have their children in schools and not loosely going around doing nothing and offering themselves to conflict promoters.”

Archbishop Laurent Lompo of Niamey, president of Caritas Développement Niger, said that in many regions of his country, “we don’t have any more schools, health centres; local markets … are now closed because of the conflict.” He said the violence must stop.

Sheikh Zakaria said the Interreligious Dialogue Center in Tamale “identifies youth as the one main target. In every situation, the youth are in the vanguard of that. We have made a great effort to get a good number of in- and out-of-school youth.” One outgrowth of that is young people inviting their counterparts from the other faith to their family’s religious holiday celebrations.

“It is making an impact,” the sheikh said. “Some time ago, schools were to choose the student leadership in the schools. We used to have problems. Candidates who were Muslims would not be voted by the Christians, and Muslims would also not vote for Christians, no matter how clever your candidate.”

Father Alexandre Denou, general secretary of the Malian bishops’ conference, said people are living in peace along the Mali-Burkina Faso border, but there are 340,000 people displaced within Mali. “More than 1,200 schools were closed due to insecurity,” he added.

Thus, despite the initiatives religious leaders have developed, “it makes it impossible to implement” and the current conditions “make the youth more vulnerable,” Father Denou said.

The CRS workshop was held the same day the U.N. reported that a French airstrike in January in western Mali killed three extremists, but also 19 civilians who had gathered for a wedding party near a refinery that was the airstrike’s target.

Do We Need Beauty To Transform Our Lives?