Mozambique’s bishops speak out against violence in Cabo Delgado 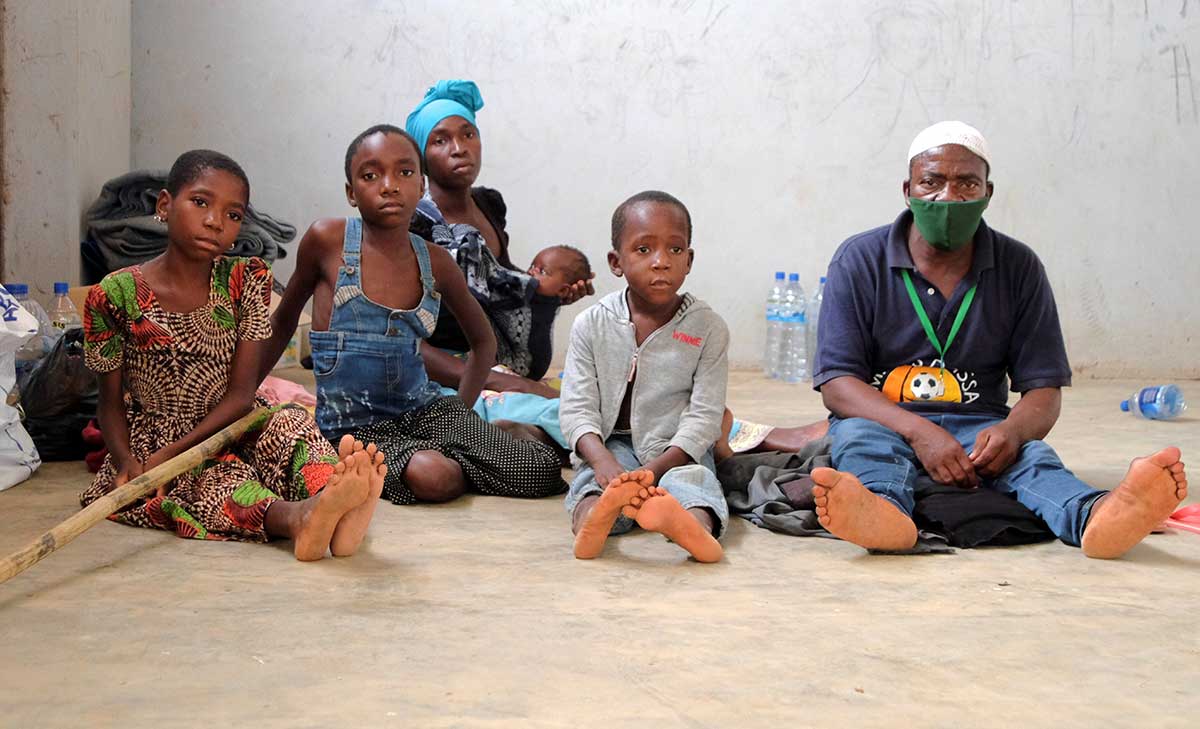 A family rests at a displacement centre in Pemba, Mozambique, April 2, 2021, after fleeing an attack claimed by Islamic State-linked insurgents on the town of Palma. (CNS photo/Emidio Jozine, Reuters)

Catholic bishops in Mozambique expressed concerns about ongoing violence in the country and increasing food insecurity – especially in the midst of the pandemic.

In the northern province of Cabo Delgado, “defenceless people are killed, injured and abused. They see their possessions plundered, the privacy of their homes violated, their homes destroyed and the corpses of their family members desecrated. They are forced to abandon the land that saw them born and where their ancestors are buried,” said a statement at the end of the bishops’ plenary meeting in mid-April.

In late March, the International Committee of the Red Cross expressed concern about a new surge of violence in the province, where insecurity began in 2017. The United Nations said that, in the wake of the violence and some devastating cyclones, up to 1 million people could be displaced by June.

Gillian Triggs, the U.N. refugee agency’s assistant high commissioner for protection, visited Mozambique in mid-March and told U.N. News it is not clear who the insurgents are, how they are supported, or what they want, but there have been beheadings, killings, rape and other atrocities. Some media have reported the insurgents are linked to the Islamic State group.

The fact that there is no end in sight to the conflict leads the bishops to believe “there are interests of varying nature and origin, namely of certain groups to seize the nation and its resources.” The lack of transparency about what is actually happening feeds “revolt and resentment, particularly in the hearts of young people,” and is becoming “a source of discontent, division and mourning.”

The bishops said a lack of hope was motivating young people to engage in crime or terrorism and was pushing them to religious extremism.

“For most of them, there are no opportunities to build a dignified life. They feel that society and decision-makers ignore their suffering and do not listen to their voice. It is easy to entice people, full of life and dreams, but without perspectives and who feel wronged,” the bishops said.

Reiterating that nothing justifies violence, the bishops expressed “our total solidarity with the weakest and with young people who yearn for a dignified life.”

The bishops also pledged to redouble their efforts “to help the helpless and welcome the displaced, providing them with listening and consolation,” and they urged the international community to help the displaced and work for peace.

Urging people not to lose hope, they quoted Pope Francis in “Fratelli Tutti”: “Hope is bold, knows how to look beyond personal comforts, small safeguards and compensations that reduce the horizon, to open up to the great ideals that make life more beautiful and dignified. Let us walk in hope.”