The Verdict Is In, but the Jury is Still Out 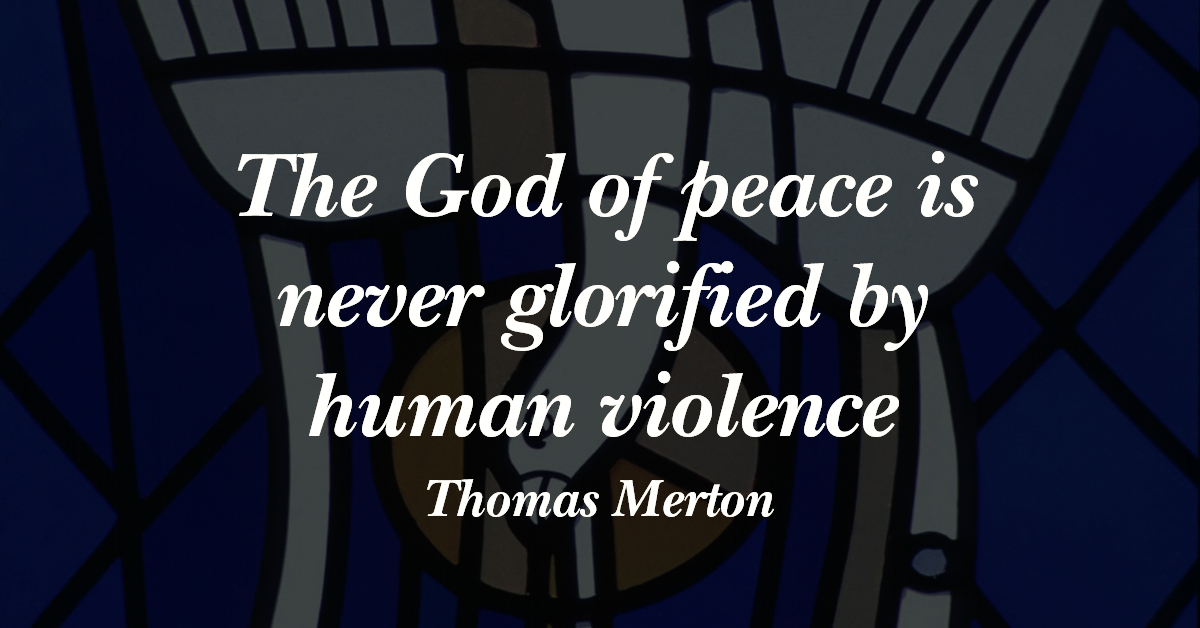 Although a court jury’s recent verdict convicting former Minneapolis police officer Derek Chauvin of murder and manslaughter in the death George Floyd has been declared, the jury is still out on how we will comprehensively educate and work to rid our society, nation and world of racism and prejudice against various ethnicities and minorities.

But whatever strategies we come up with, violence in any form, must never be part of the equation – especially for believers.

The famous Trappist monk Thomas Merton said it so very well, “The God of peace is never glorified by human violence.”

Violence, in all its many evil forms – including riots – is always harmful and hurtful. Violence is never the answer.

Rev. Martin Luther King, Jr., who consistently preached and lived Gospel nonviolence, said in his 1967 “The Other America” speech “I will always continue to say, that riots are socially destructive and self-defeating. I’m still convinced that nonviolence is the most potent weapon available to oppressed people in their struggle for freedom and justice. …

“It is as necessary for me to be as vigorous in condemning the conditions which cause persons to feel that they must engage in riotous activities as it is for me to condemn riots. I think America must see that riots do not develop out of thin air. …

“But in the final analysis, a riot is the language of the unheard.”

King added, “America has failed to hear that large segments of white society are more concerned about tranquility, and the status quo than about justice, equality, and humanity … Social justice and progress are the absolute guarantors of riot prevention” .

We must honestly ask ourselves, “Are we truly committed to justice, equality, humanity, social justice and progress for all?” And hopefully if so, where do we go from here?

I spoke with Brendan Walsh, co-founder of Viva House – the Catholic Worker House serving homeless, poor people located in southwest Baltimore where in 2015 rioting occurred after the tragic death of Freddie Gray – who died from a fatal injury that happened while in transport by Baltimore police, according to an initial investigation.

Walsh noted that many U.S. corporations have moved their operations from cities like Baltimore, to very poor countries where they can get away with the injustice of slave labour, and in the process have left many Americans without decent-paying manufacturing jobs.

Walsh asked, “What are people to do when there are so few blue-collar jobs available that pay a living wage”?

Walsh believes that every city police officer should be required to live in the city. He said this would help police to better understand the difficulties faced by many city residents, and in the process better relationships would be established.

Walsh also noted there are not nearly enough drug treatment facilities. He said people need to be medically treated for drug addiction, not thrown into prison.

Baltimore’s Catholic Archbishop William E. Lori, said it well: “For without love, respect and personal relationships, our lives make no sense. We shouldn’t expect a person whose life makes no sense to pull himself up by his bootstraps into a productive and prosperous life.”

Please watch “Race Matters: America in Crisis” . And kindly consider prayerfully reading the 2018 U.S. Catholic bishops’ pastoral letter against racism “Open Wide Our Hearts: the enduring call to love”. Doing both of these in some way together as a parish would be excellent.

Each of us needs to be part of the solution. Pope Francis said, “My friends, we cannot tolerate or turn a blind eye to racism and exclusion in any form and yet claim to defend the sacredness of every human life”.