A Day in the Life: Franciscan Friars of the Renewal

Smiling behind their bushy beards, the grey-frocked Franciscan Friars of the Renewal served up Easter brunch for the homeless once again this year – a beloved feature of Easter in the South Bronx.

This celebration of unshakeable hope, shared with those many deem hopeless, has continued nonstop since 1987, when the Community of the Franciscan Friars of the Renewal was founded in the chaotic South Bronx neighbourhood.

Throughout the coronavirus pandemic, the friars chose to remain active ministers of mercy.

Balancing health guidelines with the critical needs of their neighbours facing poverty and homelessness, the friars chose to quarantine with 40 of their guests in the St Anthony’s Shelter for Renewal during the worst of the shutdown.

Their response continues the great tradition of St Francis of Assisi, who embraced those afflicted with leprosy, and 17th-century Capuchin Franciscan friars who spent their lives caring for plague victims.

The Franciscan Friars of the Renewal emphasise material poverty, contemplative prayer, evangelical preaching and care of the very poor. In a symbolic return to the early Franciscans who wore poor, undyed wool, these clergymen changed the colour of their habit from the familiar coffee-coloured habit of other Franciscan orders to the original 13th-century grey.

The community has over 140 members and friaries in five countries and is considered one of the fastest-growing religious communities in the world.

In addition to a daily hour of personal prayer, the friars come together five times a day for communal prayer. The friars says the strength and spiritual courage they need to carry out their charitable work stems directly from those quiet moments with the Lord, especially in the Eucharist.

A typical day for a friar starts at 6 a.m. with the Office of the Readings, then morning meditations and prayer. After Mass and breakfast, the friars get to their morning work. Midday brings noon prayers and lunch, followed by afternoon service at the many programs that the friars support: youth ministries, ministry in the Hispanic community, soup kitchens, food pantries and more. 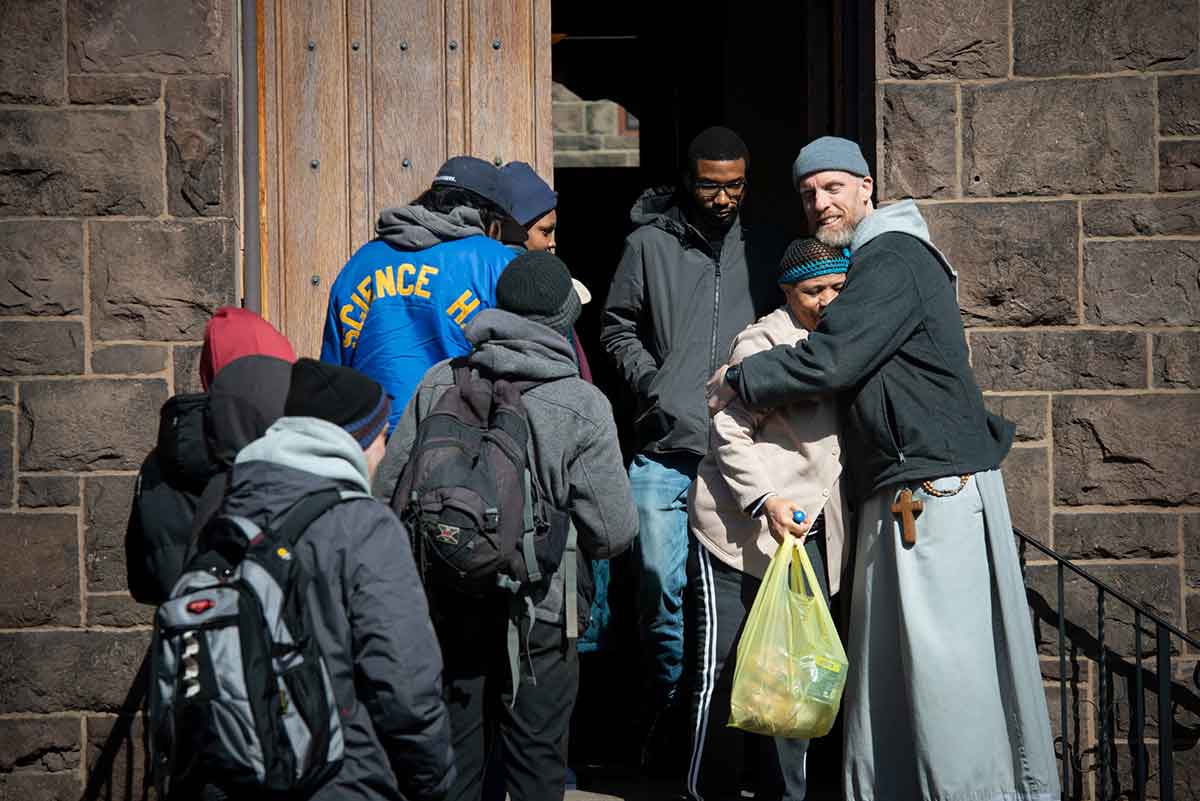 Evening eucharistic adoration is followed by dinner, and all evening activities – whether additional service or relaxation at the friary – wrap up in time for 9 p.m. prayer, followed by communal recitation of the rosary, and then silence until the morning.

A desire to share the rhythm of the friars’ life – the cadence of prayer and work, work and prayer – led the community’s director of communications, Father Mark-Mary Ames, to write a book distilling the pillars of their religious life into principles that others could integrate into their daily routines.

He takes 800 years of Franciscan spiritual wisdom and extracts “small steps” that he said can lead anyone – especially laypeople – to holiness.

The priest is well known as the host of his religious community’s videos on Ascension Presents, which is the second-largest Catholic YouTube Channel in English.

In “Habits for Holiness,” his first book with Ascension, Father Mark-Mary encourages readers to establish a dedicated prayer time and advises, “The more you have to do, the more important it is to pray.” 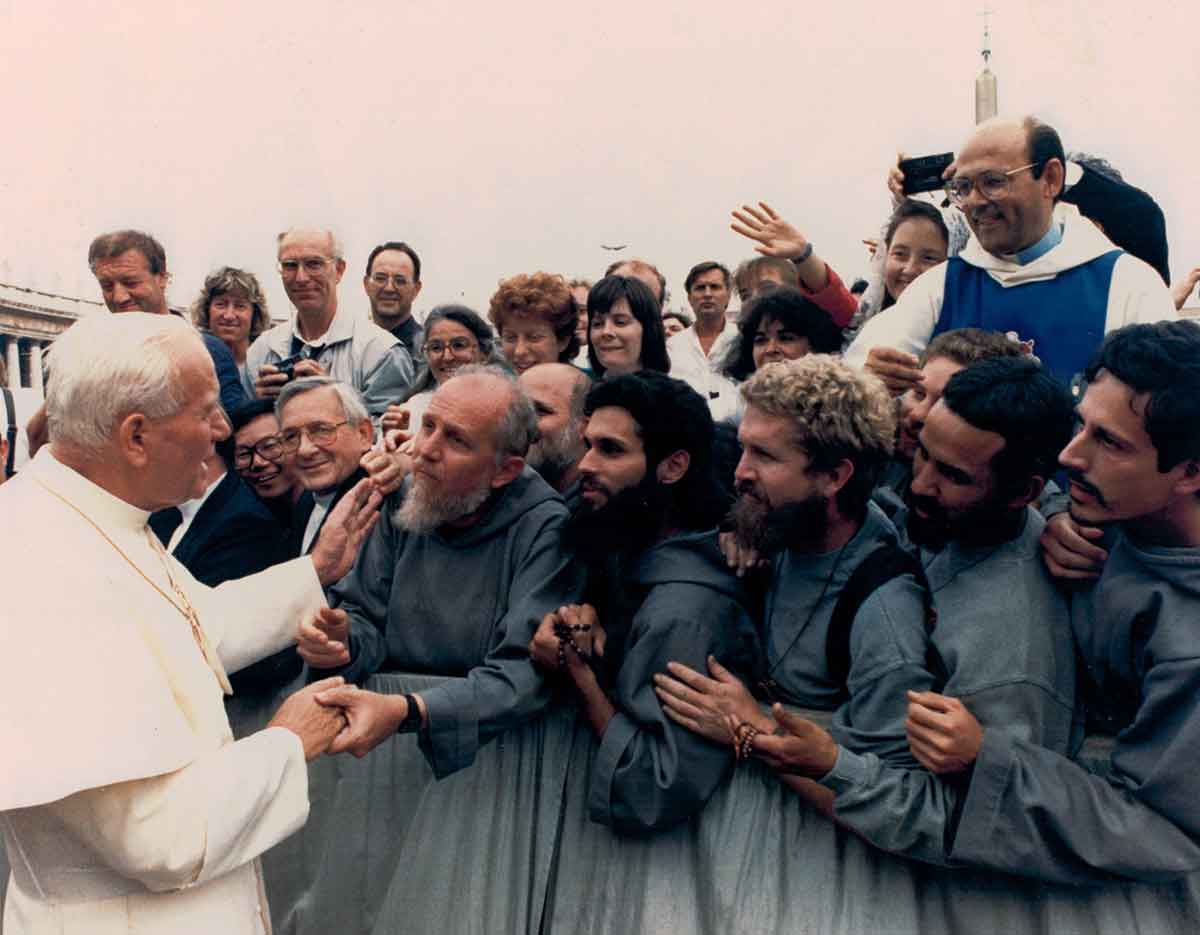 “Prayer is efficient because holiness is efficient,” he emphasises. “Sin, on the other hand, is radically inefficient.”

“Think about how much work and stress we have to put into anxiety, whether it’s from confusion or tension within our relationships or from wounds caused by our personal sins or the sins of another,” he says.

“Sin costs us a lot of time. Holiness, however, leads to peace, tranquillity, clarity, truth and unity. And if we persevere in prayer and grow in holiness, that time in prayer will actually bear fruit in the long run.”

Few are called to live in the South Bronx serving the area’s neediest residents. But with “Habits for Holiness,” the spiritual pillars on which the friars’ lifestyle is based can become part of any individual or family routine – medieval grey habits optional.

More about the Community of the Franciscan Friars of the Renewal can be found at www.franciscanfriars.com. “Habits for Holiness” is available at www.AscensionPress.com/Habits.

Nuns Usher the Dying into Heaven

Biggest Failure of the Pandemic? Nations Not Working Together
Share

Tags: Franciscan Friars of the Renewal