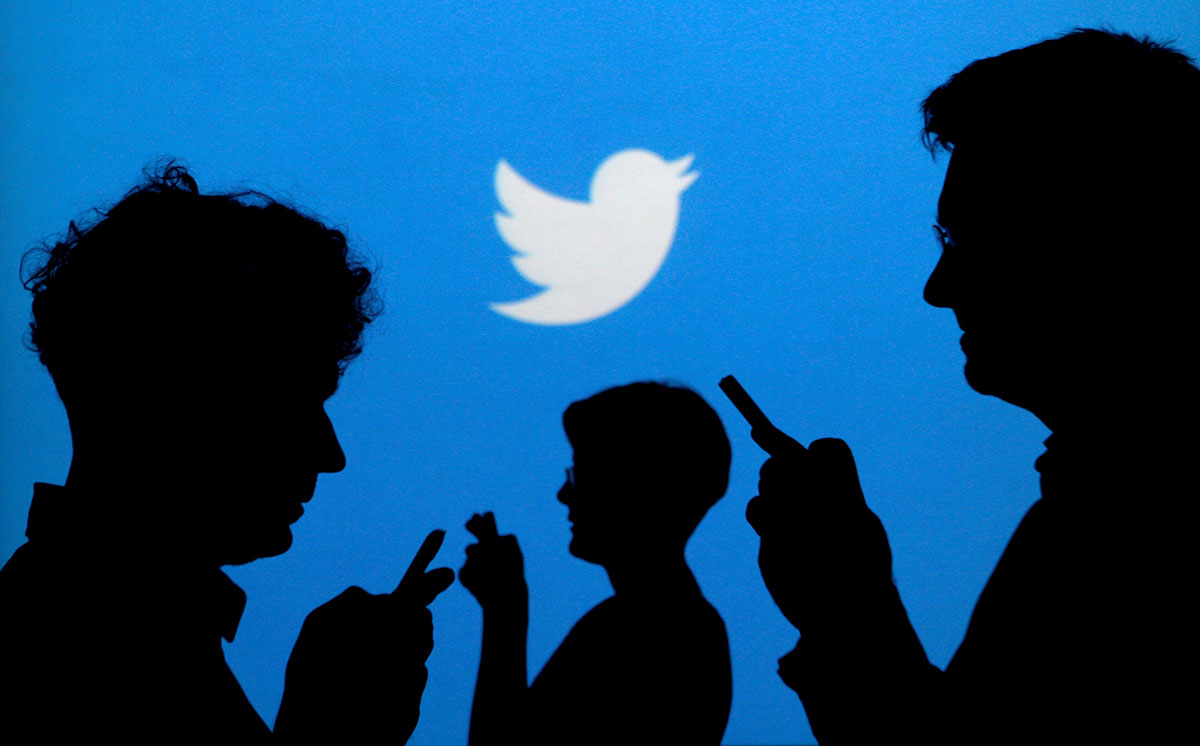 People use mobile phones in front of the Twitter logo in this 2013 illustration photo. (CNS photo/Kacper Pempel, Reuters)

By Cindy Wooden –  In the age of instant communications and fake news, journalists – like everyone else – need to recover the practice of going out and verifying information before they share it, Pope Francis said.

“‘Come and see’ is the simplest method to get to know a situation. It is the most honest test of every message, because, in order to know, we need to encounter, to let the person in front of me speak, to let his or her testimony reach me,” the pope wrote in his message for the Catholic Church’s celebration of World Communications Day.

The message was released on January 23, the eve of the feast of St Francis de Sales, patron saint of journalists. At the Vatican and in most countries, World Communications Day will be celebrated May 16.

Pope Francis chose “‘Come and See’ – Communicating by Encountering People as They Are” as the theme for the 2021 celebration, explaining that “Come and see” is the invitation Jesus gave to his first disciples and the invitation they gave to others as faith in Jesus spread.

The pope paid homage to journalists who have risked their lives going into the field to cover, verify and share stories the world needed to know, especially “about the hardships endured by persecuted minorities in various parts of the world, numerous cases of oppression and injustice inflicted on the poor and on the environment, and many wars that otherwise would be overlooked.”

“It would be a loss not only for news reporting, but for society and for democracy as a whole, were those voices to fade away,” he said. “Our entire human family would be impoverished.”

But he also railed against those who report or share information that has not been verified and that has no basis in fact.

“We have known for some time that news and even images can be easily manipulated for any number of reasons, at times simply for sheer narcissism,” he said.

“All of us are responsible for the communications we make, for the information we share, for the control that we can exert over fake news by exposing it,” the pope wrote. “All of us are to be witnesses of the truth: to go, to see and to share.”

Recognizing the limits many media outlets face because of budget constraints and the restrictions imposed by the COVID-19 pandemic, the pope nevertheless pleaded for a return to real investigative and on-the-spot reporting and serious efforts to get away from simply repeating an outlet’s “standard, often tendentious narrative.”

Without real, honest reporting, he said, media cannot help people understand the truth of what is happening in the world and in the lives of other people.

Television, newspapers, radio, the internet and social media can make people feel connected, he said, but “we remain mere spectators” if they don’t also allow people to encounter others and hear their stories.

“In communications, nothing can ever completely replace seeing things in person,” he said. “We do not communicate merely with words, but with our eyes, the tone of our voice and our gestures.”

Interaction and dialogue are essential to real communication, Pope Francis said. He quoted William Shakespeare, who described someone who “speaks an infinite deal of nothing.”

“We think of how much empty rhetoric abounds, even in our time, in all areas of public life, in business as well as politics,” the pope said. Unfortunately, the same thing happens “to us as Christian communicators.”

“The Good News of the Gospel spread throughout the world as a result of person-to-person, heart-to-heart encounters with men and women who accepted the invitation to ‘come and see,’ and were struck by the surplus of humanity that shone through the gaze, the speech and the gestures of those who bore witness to Jesus Christ,” the pope said.

Catholics using the media, professionally or personally, must do so in a way that spreads faith in a loving God and attracts people to Christ, he said, adding that he was convinced St Paul, “that great communicator,” would “certainly have made use of email and social messaging” to share the Gospel.

But St. Paul’s communication skills were not the key to his success, the pope said; “it was his faith, hope and charity.”

The pope ended his message with a prayer for communicators, asking God to help them go out in the search of truth, to listen and to shun prejudice and “hasty conclusions.”

“Grant us the grace to recognise your dwelling places in our world and the honesty needed to tell others what we have seen,” the prayer said.

The New Year: A Time for Hope

Fr Larry Kaufmann: What Lockup Taught Me for Lockdown